Brexit: Johnson says EU equivalence is ‘not sensible’ for UK

The Prime Minister stated the European Union has agreed that the trade deal on offer is not right for the UK. Mr Johnson outlined that the major sticking point in the negotiations is the trading blocs demand for Britain to follow any new laws they implement.

The Prime Minister said: “I have just updated Cabinet on where we’ve got to with our friends and partners in the EU.

“They agreed very strongly with me that the deal on the table is really not at the moment right for the UK.

“There’s a couple of things at least, the most important is that really just in the last couple of weeks they’ve brought back the idea of this equivalence between the UK and the EU.

“Which basically means that whatever new laws they brought in, we would have to follow or else face punishment, sanctions tariffs or whatever. 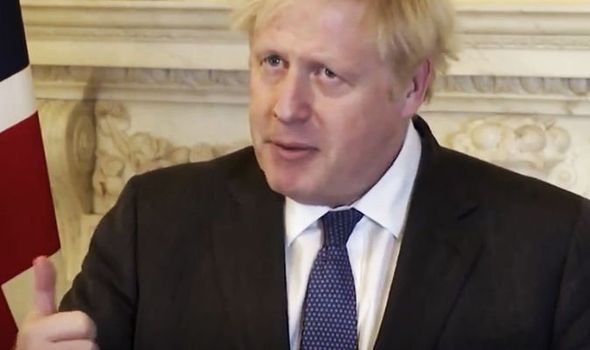 Mr Johnson continued: “Clearly that’s not a sensible way to proceed. It’s unlike any other free trade deal.

“It’s a way of keeping the UK kind of locked in the EU’s orbit, in their regulatory orbit.

“The second thing is obviously fisheries. Many years now after people have voted to leave the EU, we wouldn’t still have control of our waters.

“The cabinet agreed very strongly that we’re really not there yet at all.

“There’s always the possibility or prospect of coming out on Australian terms, which I believe are very good terms, and we as I say can prosper mightily in that future which is just around the corner.’”