For Black families in particular, reunions allow older generations to teach younger ones about the importance of voting. But in this crucial election year, many of the gatherings have been postponed. 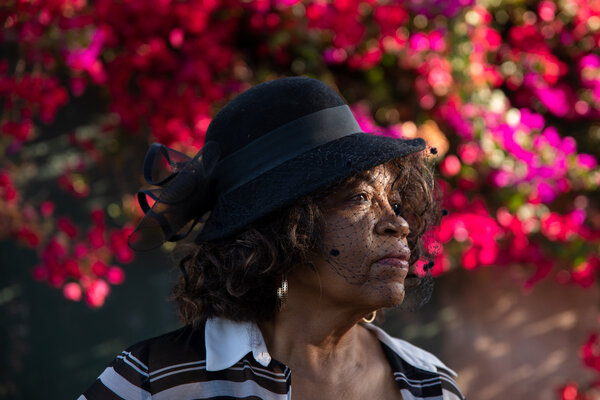 Bettie Griggs, a retiree in Los Angeles, was 12 years old and living in Louisiana when her mother received her first voter registration card in the mail. It was 1965.

“I can still recall the joy that she had,” Ms. Griggs said. “I can recall seeing that the card was actually stamped ‘illiterate’ and thinking, ‘Oh my God, they stamped her card illiterate.’”

The long history of voter disenfranchisement in the United States is a central theme that guides Ms. Griggs’s family reunions, held every other year in Shreveport, La.

That is because in the African-American family tradition, reunions frequently act as opportunities for political organizing, with older generations emphasizing to younger family members the importance of registering to vote. Save the church, Black families have often lacked designated spaces — public, and wholly their own — where they can be immersed in community. Much like services on Sundays, reunions are rituals that give families an occasion to come together and share political wisdom and oral histories.

But many of these gatherings have been upended this year, even as an enormously consequential election unfolds and as large numbers of Americans have been shaken awake to confront a fuller picture of bigotry in their country. At a time when family reunions would have been a timely way to honor diaspora-wide histories of surviving racialized violence, the coronavirus, a disease that disproportionately affects Black Americans, has prevented many of them from happening.

This could have subtle but meaningful political implications, as Black Americans’ voting rights are increasingly under attack. An important channel for information on how to vote — historically harder to find in marginalized communities, and sometimes intentionally obscured from them — has been cut off.

“In key ways, the intersection of politics and the traditional Black family reunion kind of go hand in hand,” said Benson Cooke, a professor of counseling and psychology at the University of the District of Columbia and a former national president of the Association of Black Psychologists. “We had to overcome what had been broken in us. In other words, we had to find the type of space for the old to share cultural memories that aid in the cultural repair for our youth, enhancing a knowledge and awareness of who we are.”

In Ms. Griggs’s family, that has translated into an effort she leads called the Family Voting History Project. Informed by the sacrifices that previous generations of the family made to be able to exercise the right to vote, Ms. Griggs uses the family’s newsletter to record family history and mark progress in real time. This includes published interviews conducted between members of the family history team and relatives of all ages, who share their voting experiences and political views.

Darrell Sheppard, an 18-year-old member of the family — which calls itself the Gillyard-Johnson-Mahoney family — credited his grandmother with helping him prepare to vote in his first presidential election this November.

“She made sure that I’d be voting this year in the first place, because she was advocating for me to go get a voter registration card around 17,” said Mr. Sheppard, who lives in St. Louis. He acknowledged that he and cousins around his age don’t discuss politics much, and said he appreciated that older members of his family had opened up the conversation.