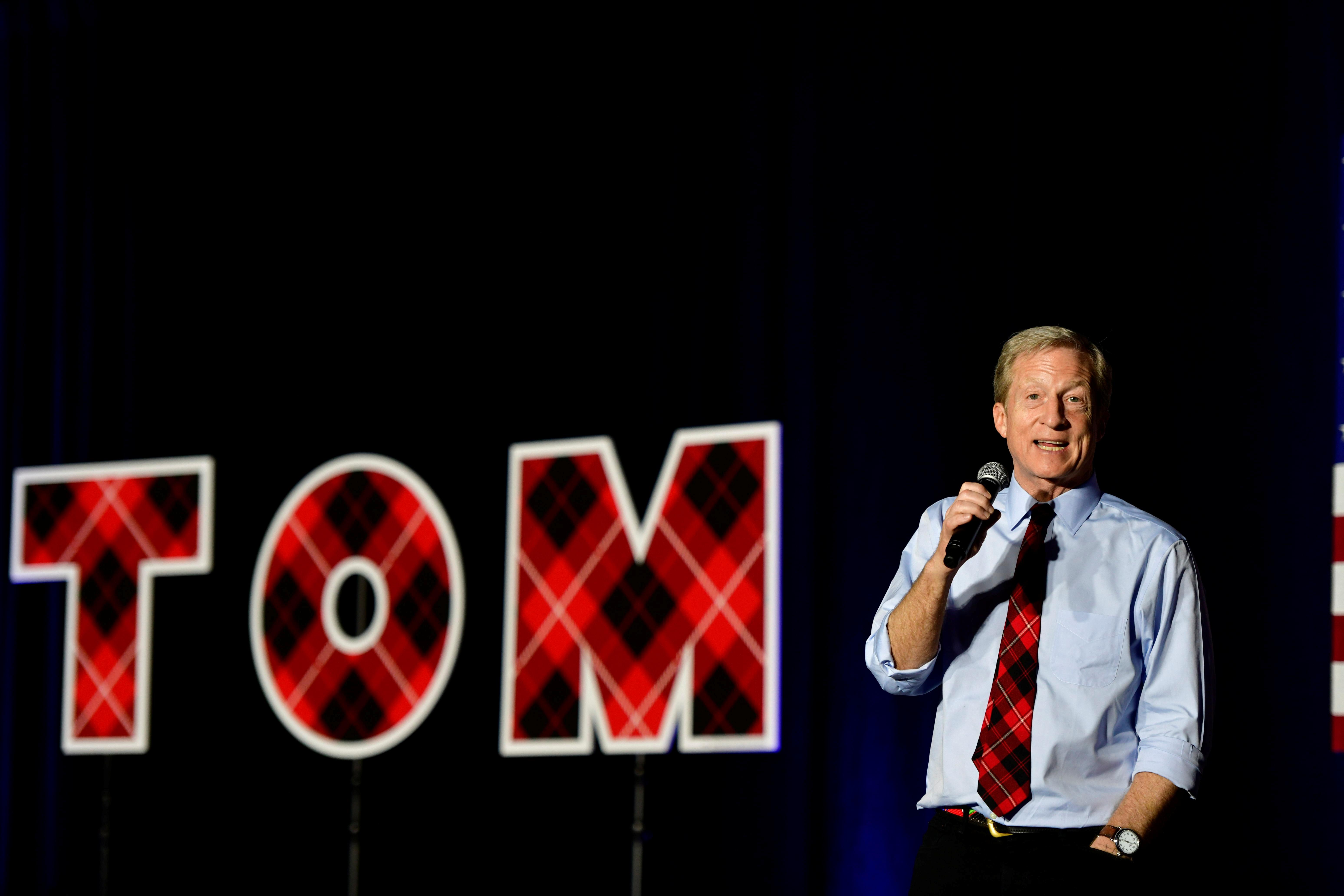 The shift to online outreach will be an effective way to get young people to cast their ballots, said Steyer, a former hedge fund manager who campaigned as a Democratic presidential hopeful and has spent hundreds of millions of dollars boosting progressive issues and advocating for the impeachment of President Donald Trump.

“NextGen was on 421 college campuses in 2018,” he said, referring to the youth voter group he founded. “We are zero today. But we think we will be more effective than ever” using digital outreach instead of face-to-face events, he said.

On Tuesday, NextGen used 6,000 volunteers with smartphones to send text messages to more than 3.6 million under-35 voters, Steyer said, an effort that cost roughly $200,000 and secured more than 10,000 pledges to request absentee ballots and vote by mail.

That was about a third the number of text messages NextGen sent out in all of 2016, he said. The group plans to follow up with one-on-one phone conversations, digital ads, mail, and social media outreach, NextGen director Ben Wessel said by email.

The digital campaign could also be much cheaper than past efforts. NextGen announced in May it would spend $45 million this cycle, less than half the $96 million it spent during the last presidential campaign in 2016.

Steyer’s multimillion-dollar campaigns have had a mixed record. In February, he abandoned his bid for the Democratic Presidential nomination after spending nearly $300 million, and his $75 million initiative Need to Impeach to oust Trump was shut down in April.

He said he is focused on using his fundraising strength and commitment to fighting climate change to mobilize support for presumptive Democratic nominee Joe Biden.

NextGen is part of Give Green, which raises money for environmentally minded down-ballot candidates. Steyer is also using his deep-pocketed contacts to raise money through his Climate Leaders for Biden effort.

“We are seeing climate as a huge motivator for young voters,” he said.