After the second mass shooting in a week, the president said tighter gun laws should not be a partisan issue, but Republicans in Congress showed little interest in Democratic proposals. 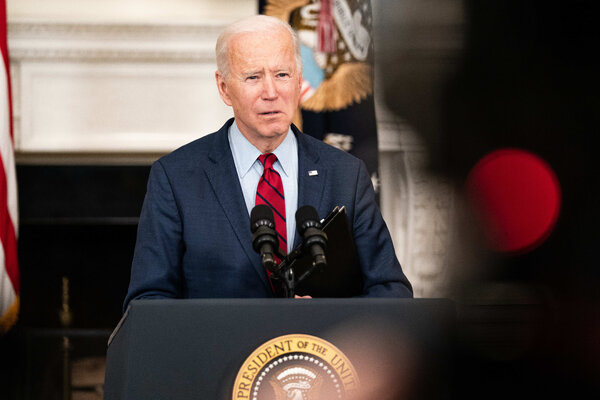 By Annie Karni and Catie Edmondson

WASHINGTON — Faced with the second mass shooting in a week, President Biden and Democrats on Capitol Hill called on Tuesday for fast action to enact stricter gun laws, a plea that was immediately met with a blockade of opposition by Republicans.

In brief, somber remarks from the White House, Mr. Biden called on the Senate to pass a ban on assault weapons and to close background check loopholes, saying that doing so would be “common sense steps that will save lives in the future.”

His demand for action was the latest in what has become a doleful ritual in Washington: making a renewed call for gun safety legislation after a deadly shooting, this one at a Colorado grocery store where 10 people, including a police officer, were killed on Monday.

“This is not and should not be a partisan issue — it is an American issue,” Mr. Biden said. “We have to act.”

But while polling regularly shows broad support for tighter gun laws and specific policies like a ban on assault weapons, Republicans in Congress remained all but immovable on the issue, repeating longstanding arguments on Tuesday that gun violence should be addressed through steps like more policing rather than limiting gun rights.

“There’s not a big appetite among our members to do things that would appear to be addressing it, but actually don’t do anything to fix the problem,” said Senator John Thune of South Dakota, the No. 2 Senate Republican.

President Barack Obama was unable to win passage of tighter gun legislation even after the shootings in 2012 at Sandy Hook Elementary School in Connecticut, which left 20 children and six adults dead. Since then, there has been little progress at the federal level, even as the epidemic of gun violence has raged on.

On Tuesday, Mr. Biden noted that he had to draft a proclamation to keep the White House flags at half-staff because they had already been lowered to honor eight people killed by a gunman in the Atlanta area less than a week earlier.

“Another American city has been scarred by gun violence and the resulting trauma,” the president said.

As a senator, Mr. Biden was a prominent supporter of the original assault weapons ban in 1994, which expired a decade later and has never been renewed. Since then, Mr. Biden has been involved in other gun control proposals that have gone nowhere in Congress, and he was described by aides as realistic about the difficulty of passing any meaningful legislation this time around. 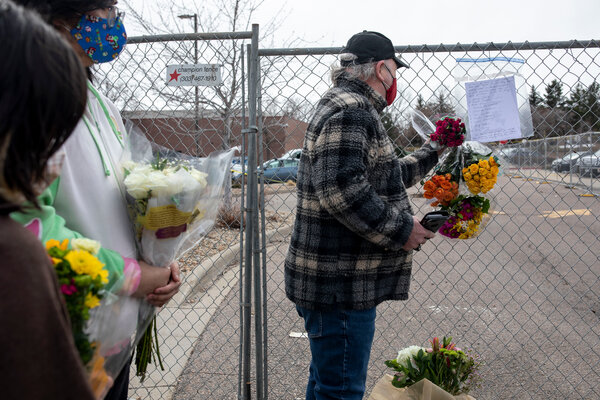 When asked by a reporter whether he had the political capital to move forward with gun safety measures, the president expressed uncertainty. “I hope so,” he said, crossing his fingers. “I don’t know. I haven’t done any counting yet.”

Proponents of tighter gun laws said they hoped the latest shootings would push the Biden administration to action.