In a thinly-veiled swipe at Brexit and those who seek the “illusion” of leaving the European Union, President Macron said in 2017 he would champion plans to “rebuild a united and sovereign Europe”. The French leader said at the time: “I will not cede anything, anything to those who promote hate, division and national isolationism. I will not allow them to make any proposals. It is up to Europe to make them, up to us to support them, here and now.

“Because yes, we cannot allow ourselves to keep the same habits, the same policies, the same vocabulary, the same budgets. We can no longer choose to turn inwards within national borders; this would be a collective disaster. We must not allow ourselves to be intimidated by the illusion of retreat. Only by refusing this lie will we be able to meet the demands of our time, its urgency, its seriousness.

“It is up to us, to you, to map out the route which ensures our future, the one I wish to talk to you about today. The route of rebuilding a sovereign, united and democratic Europe. Let us together have the audacity to create this route.”

Referring to a clip of the infamous speech shared on Twitter, Mr Beaune said on Monday he remembered President Macron’s words with pride.

He said: “Five years later, I remember with pride the speech at the Sorbonne by Emmanuel Macron.

“Five years of essential reforms that have changed Europe. A call that resonates more than ever, for the sovereignty of Europe, against ‘the lie of withdrawal’.” 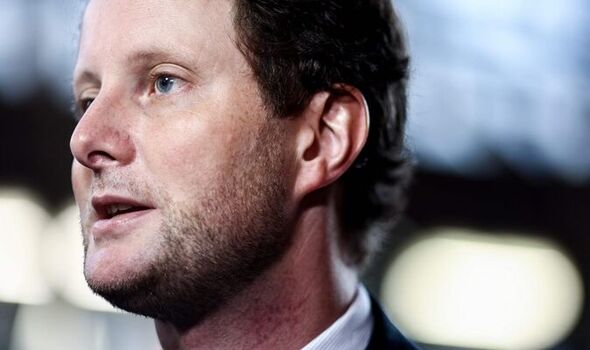 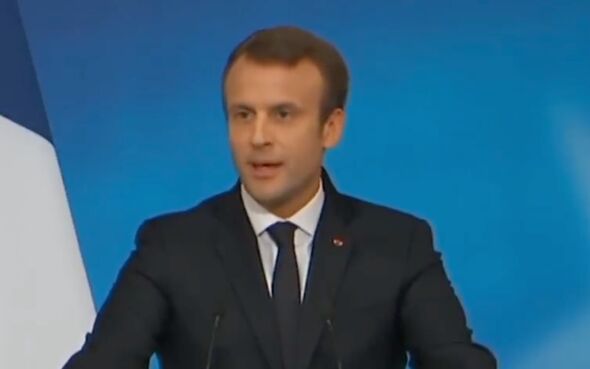 But his attempt to glorify the EU five on from President Macron’s speech backfired.

French voters were quick to dismantle his enthusiasm on Twitter.

One user called M. Courcelaud wrote: “An anti-democratic Europe that free peoples no longer want! We are for the defence of the Fatherland against our enemies whom Macron imposes on us by force!”

Referring to Ursula von der Leyen’s threat to Italy ahead of the election on Sunday, another Twitter user called Bruno M. Floret said: “What withdrawal from France? Ursula von der leyen exceeds his delegations of power as with Italy.

“Do you see a more democratic Europe? No.

“And, your government has done nothing for six years. Finally, be lucid and less ‘blind’. Deal with the real issues.”

Echoing his comments, Twitter user Remi Ledoux wrote: “The sovereignty of Europe which threatens a country with sanctions if it votes badly?”

Twitter user Mariylala mocked the French minister adding: “Thanks for the laugh!”

Mr Beaune’s comments came as French Prime Minister Elisabeth Borne said the European Union would closely follow the respect of certain human rights and values such as women’s access to abortion, as she responded to Italy’s election result.

“In Europe, we have certain values and, obviously, we will be vigilant”, Ms Borne told RMC Radio and BFM TV.

“It is a human rights value and the respect of others, namely the right to have access to abortion, should be upheld by all,” Borne also said, while adding she did not want to comment on the “democratic choice of the Italian people”.

Giorgia Meloni looks set to become Italy’s first woman prime minister at the head of its most right-wing government since World War Two.

During the election campaign, Ms Meloni has repeatedly denied suggestions she might roll back legislation on abortion or gay rights, while reaffirming her opposition to adoptions and surrogacy for LGBT couples.