Sir Keir Starmer told the BBC Prime Minister Boris Johnson had been slow and incompetent on the issue of closing schools during the latest wave of handling the pandemic. However, Andrew Marr unleashed a scathing attack on the Labour leader for acting just as slow and called for him to apologise to trade unions and teachers.

Sir Keir said: “General criticism that the Prime Minister has been slow and incompetent is there.”

Mr Marr interjected: “On this particular decision you were just as slow and just as indecisive as the Prime Minister.

“I wonder whether this is the moment to apologise to the trade unions involved, who were saying much earlier that schools were going to have to close.”

The Labour leader replied: “I didn’t want schools to close, I did not think it was right for retail to be open in certain parts of the country and schools to be closing. 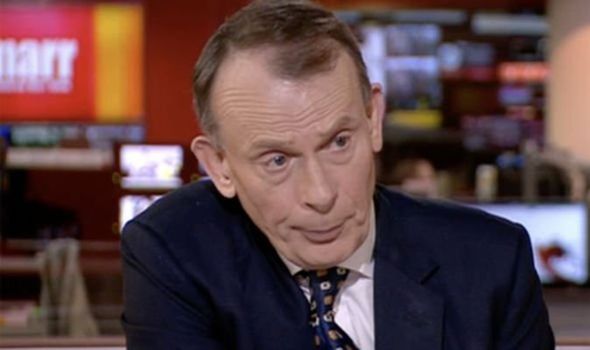 “But it became inevitable and that is part of the national restrictions.

“For the unions, teachers and staff that worked hard over Christmas to get schools back up and running, I think we all owe them an apology.”

The BBC host added: “So there is an apology.”

Sir Keir also called for nurseries to be shut across the UK.

He said: “I think there is a case to look at nursery schools.

“We are talking to the scientists about it, but quite a lot of people are surprised that primary schools are closed but nursery schools are not.”

The Labour leader added:  “I think they probably should be closed but I do want to talk to the scientist about that.”

On Saturday the UK recorded a further 59,937 Covid related cases.

The was also a further 1,035 coronavirus-related deaths registered.

The UK has now suffered more than 80,000 coronavirus-related deaths.

The Government aims to have vaccinated 13 million of the most vulnerable people across Britain before lifting the restrictions.

On Saturday it was announced that Queen Elizabeth II and Prince Philip had received a coronavirus vaccine.