Robert Jenrick was jeered on BBC Breakfast during an interview by host Charlie Stayt who joked Housing Minister’s Union Jack was “just a little bit small”. Mr Jenrick had opted to have the British flag, along with a portrait of the Queen, in the frame. The remark sparked laughter from co-host Naga Munchetty, but talkRADIO Mike Graham was not amused and told listeners on Friday: “You don’t make fun of a picture of the Queen and a small Union Jack.”

Mr Graham said: “It was all terribly sixth form really, it was really childish.

“But you don’t make fun of a picture of the Queen and a small Union Jack.

“It just seems to me to be everything that is wrong with the BBC.”

JUST IN: Britons furious as VDL shot down over ‘ridiculous’ vaccine war on UK 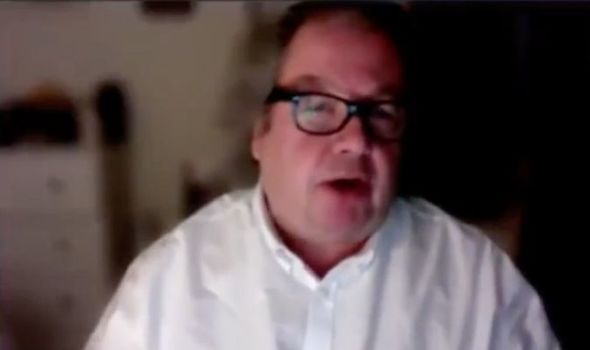 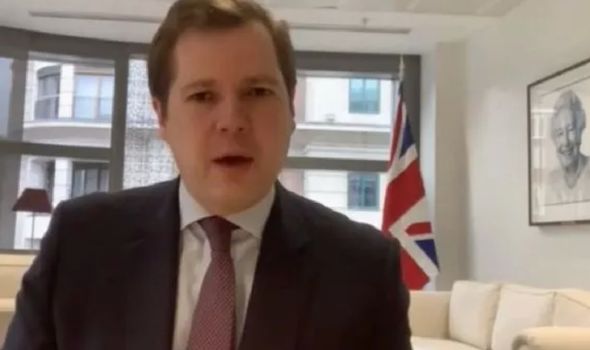 Discussing the row with talkRADIO’s Mark Dolan, he added: “I heard you earlier saying what is it with the British Broadcasting Corporation, they can’t stand the word British.

“They think it is all a bit embarrassing.

“I am sorry this absolutely and utterly horrendous and it the BBC have got any brains they will take these two of the air.” 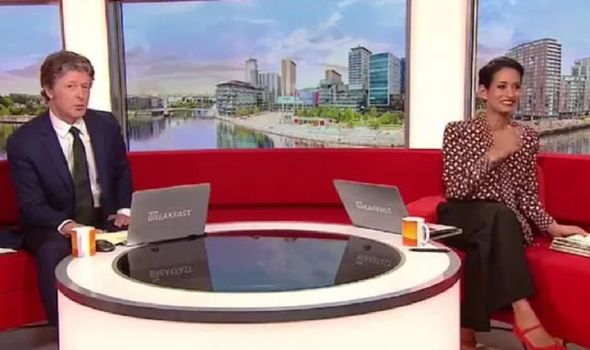 Mr Stayt had concluded his interview with Mr Jenrick with a jab at his patriotic background: “I think your flag is not up to standard size, Government interview measurements.

“I think it’s just a little bit small, but that’s your department really.”

Co-host Ms Munchetty, who at one point was forced to put her hands over her mouth, replied: “There’s always a flag. 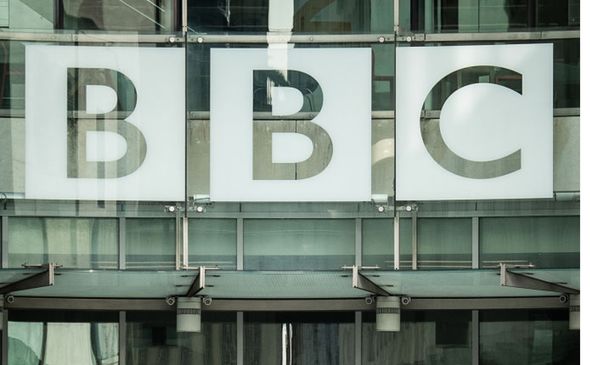 “They had the picture of the Queen though. In the Westminster office, I’m assuming.”

Former BBC presenter Andrew Neil also hit out at the pair, referring to the ‘British’ in BBC Mr Neil tweeted: “Sometimes the BBC forgets what the first B stands for.”

One commented: “It doesn’t forget it. It actively loathes it.”

“It’s a symbol of liberty and freedom that binds the whole country together.”

Trump says he is considering restoring some funding to WHO, no decision made