Sky News presenter Kay Burley grilled Conservative Party Co-Chair Amanda Milling MP on Thursday once the knife-edge results of the Batley and Spen by-election had become clear. Labour’s Kim Leadbeater was narrowly elected ahead of her Conservative challenger by just 323 votes. This narrow result led Ms Burley to question the Tory MP on whether the scandal which engulfed Matt Hancock over the weekend was to blame for the Conservatives missing out on gaining another Labour heartland seat.

Ms Milling admitted: “It was something that came up on the doorstep I have to be honest about that.”

“What did they say on the doorstep?” pressed Ms Burley.

“They had some issues over the weekend in terms of what happened,” replied the Conservative Party Co-Chair.

“But Matt resigned and that was the right thing to do.”

JUST IN: EU been forced to ‘turn rules upside down’ after Brexit spat 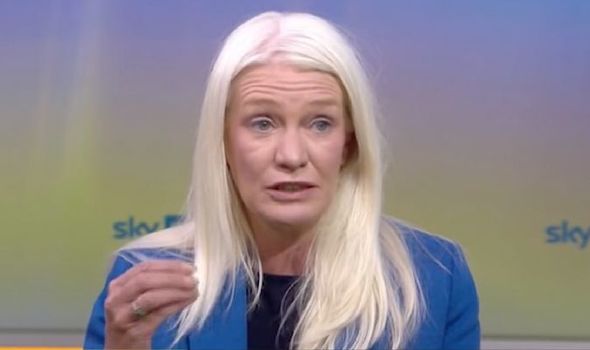 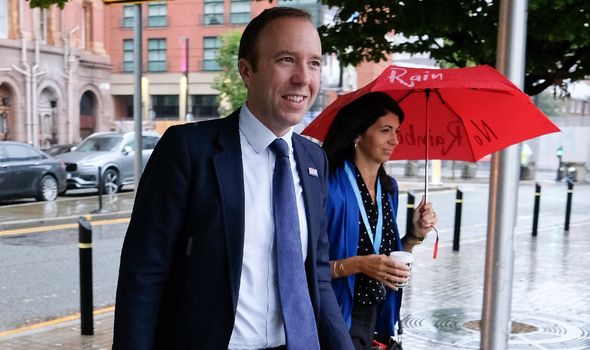 She added: “But there was a whole host of different issues that came up and we also need to remember that governing parties don’t gain by-elections.

“Actually taking it to such a small number of votes in itself was a tremendous result.

“Quite extraordinary I would say.”

Ms Burley probed again: “So people in Batley and Spen at the weekend were saying we don’t like the way that he behaved and I am also guessing they weren’t particularly pleased with the way the prime minister said ‘the case is closed’ in a very superior manner?”

Batley and Spen: BBC host asks if Starmer was ‘asset or problem’

“So Matt did the right thing at the weekend which was to resign,’ said Ms Milling.

“And within 24 hours of the story breaking, we had the new Health Secretary and Sajid Javid is doing a tremendous job.

“He is literally working from day one because and the end of the day we are still in this pandemic.

“We have a shop to do to ensure we roll out these vaccines so that we can then open up the country and get back to life as normal.” 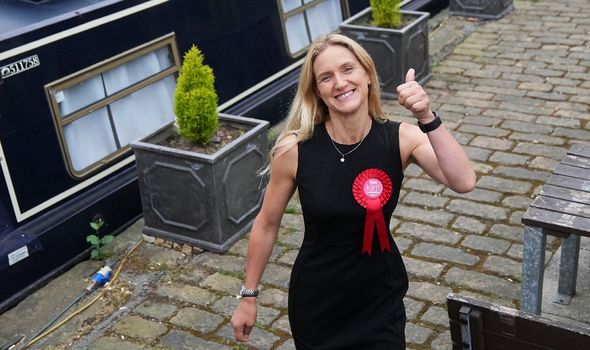 Burley pressed on, asking again: “And in answer to my question, what were people saying about the Prime Minister at the weekend?”

Ms Milling replied: “There is a lot of love for the prime minister.

“He gets a tremendous lot of support on the doorstep.

“As I say Matt did the right thing to resign and within 24 hours we have a new Health Secretary.”