Boris Johnson has urged leaders in Greater Manchester to “reconsider and engage constructively” over Tier 3 restrictions but said he will intervene if an agreement cannot be reached. The Prime Minister put Greater Manchester Mayor Andy Burnham under even greater pressure to agree to new restrictions, saying time was “of the essence”. But Mr Burnham has insisted he would have to take legal action as the current furlough system is not fair to low paid workers.

Speaking to BBC’s Andrew Marr Show, “I would do anything to protect low paid workers who I think now and very, very close to the edge and I don’t think they can survive on two-thirds wages.

“The legal challenge applies to that.

“I think it’s discriminatory on people in the lowest-paid profession to say, ‘you have a two-thirds furlough but we paid an 80 percent furlough for people on middle incomes earlier in the year. 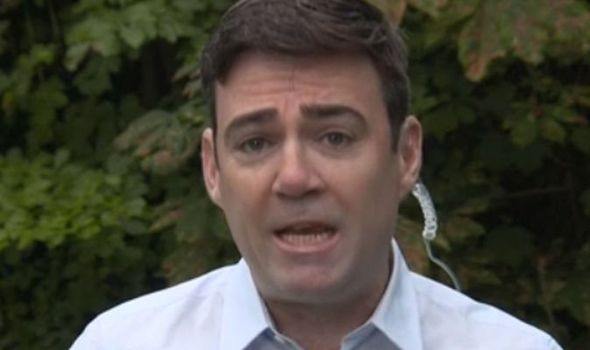