But the Biden administration is close to finishing a new playbook for counterterrorism strikes outside conventional war zones. 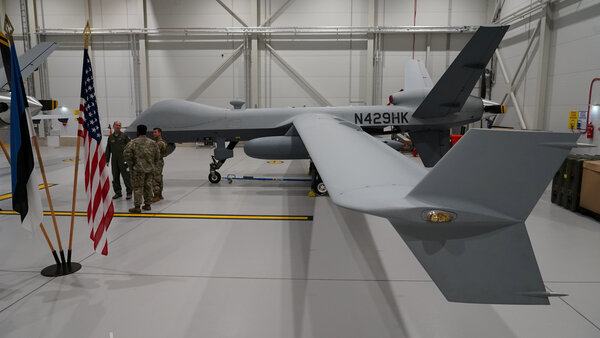 WASHINGTON — The Biden administration has nearly completed a policy to govern counterterrorism drone strikes and commando raids outside conventional war zones, but the abrupt collapse of the Afghan government and a recent flurry of strikes in Somalia have raised new problems, according to current and former officials.

The administration has hoped to finish its playbook by the 20th anniversary of the Sept. 11 attacks. It was envisioned as part of a broader recalibration as President Biden seeks to wind down the “forever war” on terrorism and reorient national security policy to how the world has changed since 2001.

But his team’s ability to meet that deadline is now in doubt amid rapidly changing events and uncertainties about the future. Many of the same officials who would develop and approve an updated drone plan for Afghanistan are focused on the emergency evacuation operations in Kabul, the capital, officials said.

In January, Mr. Biden had set out to establish his own overarching policy for drone strikes targeting terrorist threats emanating from countries where the United States does not have troops on the ground. His new administration viewed with suspicion how President Donald J. Trump in 2017 had loosened an earlier version of such rules that President Barack Obama imposed in 2013.

The Biden team has spent more than seven months reviewing those two policies — including resulting civilian casualty rates — and assessing the evolution of the global terrorist threat. Their deliberations came to focus on adopting a hybrid approach that would draw elements from both the Obama and Trump systems, officials said.

As now conceived, the Biden-era playbook would return to centralized interagency vetting of proposed strikes — a hallmark of the Obama approach — in nations where such operations are rare, they said. But for places where strikes are likely to be more routine, like Somalia and Afghanistan, it would keep part of the Trump approach: issuing “country plans” that establish policy goals and targeting standards, then giving commanders in the field greater latitude to decide on their own to carry out particular strikes.

Still, the country plans would be more restrictive than the Trump versions, the officials said. For example, safeguards against civilian bystander deaths under Mr. Trump often gave adult men less protection than women and children, but the prospective Biden plans would make the safeguards equivalent. The Biden rules are also set to require the military to obtain consent for strikes by the State Department’s chiefs of mission, they said.

EU hits out over Truss win with warning over Brexit deal