Home » Politics » A Popular Political Site Made a Sharp Right Turn. What Steered It?

For three days after every major news organization declared Joseph R. Biden Jr. the victor of the presidential election, one widely read political site maintained that Pennsylvania was still too close to call.

The delay was welcome news to allies of President Trump like Rudolph W. Giuliani and friendly outlets like The Gateway Pundit, which misrepresented the site’s decision in their efforts to spread false claims that Mr. Biden’s lead was unraveling.

That site, Real Clear Politics, is well known as a clearinghouse of elections data and analysis with a large following among the political and media establishment — and the kinds of political obsessives who might now have all the counties in Georgia memorized. It markets itself to advertisers as a “trusted, go-to source” admired by campaign and news professionals alike. Its industry benchmark polling average is regularly cited by national publications and cable news networks.

But less well known is how Real Clear Politics and its affiliated websites have taken a rightward, aggressively pro-Trump turn over the last four years as donations to its affiliated nonprofit have soared. Large quantities of those funds came through two entities that wealthy conservatives use to give money without revealing their identities.

Real Clear’s evolution traces a similar path as other right-leaning political news outlets that have adapted to the upheaval of the Trump era by aligning themselves with the president and his large following, its writers taking on his battles and raging against the left.

As the administration lurched from one crisis after another — impeachment, the coronavirus, a lost election the president refuses to concede — Real Clear became one of the most prominent platforms for elevating unverified and reckless stories about the president’s political opponents, through a mix of its own content and articles from across conservative media.

In recent days, as Mr. Trump and his loyalists repeated baseless claims of rampant voter fraud and counting errors, Real Clear Politics gave top billing to stories that reinforced the false narrative that the president could still somehow eke out a win. Headlines on Monday — more than a week after Mr. Biden had clinched the race — included “There’s Good Reason Not To Trust Election Results” and “Trump Attorney Says Results in Several States Will Be Overturned.”

While many of its featured headlines promote articles that have been aggregated from competitors, a separate, donor-funded investigative unit within the Real Clear enterprise has been responsible for some of the most audacious work it has published during the Trump presidency. Sometimes these have been stories that most other news outlets, including some that lean conservative, would not touch because the details were unsubstantiated or publication of them would raise ethical concerns.

One article from October 2019, for instance, purported to name and identify in a photo the anonymous whistle blower who reported the phone call between Mr. Trump and the Ukrainian president that led to Mr. Trump’s impeachment. Other news organizations knew the identity but declined to publish it because of concerns that the person’s safety could be jeopardized. Facebook prevented people from sharing the Real Clear article, saying it violated the social network’s policy against inciting harm. Fox News cautioned its staff at the time not to identify the person on the air.

Other times its stories have been inaccurate. Another Real Clear investigative piece from April misidentified the author of an anonymous New York Times Op-Ed article written by a member of the Trump administration who claimed to be one of many high-level officials working to thwart the president’s “worst inclinations.”

The polling industry as a whole has taken a hit after the election, since most reputable organizations missed the mark with surveys showing a more dominant performance from Mr. Biden in key states. But in the lead up to Election Day, some of the country’s top political analysts raised questions about why the Real Clear averages often seemed skewed by polls that “have been a bit kinder to Trump” and didn’t adhere to best practices like person-to-person phone interviews, as Charlie Cook of the Cook Political Report put it in August.

Yet the polling averages and selection of political news and opinion pieces from across the internet were presented as they long had been: an authoritative curation of the best possible data and analysis on races around the country.

The founders of Real Clear Politics, two self-described news junkies who became friends at Princeton and started the website in 2000, said over email that they “fully stand behind” the average and their editors’ decision to publish those pieces. “Our advertisers, sponsors, supporters, and readers represent an array of perspectives across the political spectrum,” wrote John McIntyre, the chief executive, and Tom Bevan, the president. “And they know we practice fiercely independent journalism that necessarily covers all relevant sides of our national political and policy debates.”

Interviews with current and former Real Clear staff members, along with a review of its coverage and tax filings, point to a shift to the right within the organization in late 2017, when the bulk of its journalists who were responsible for straight-news reporting on Capitol Hill, the White House and national politics were suddenly laid off. Though the staff always knew the website’s founders were conservative and harbored strong views about liberal media bias, several said they never felt any pressure from above to slant their stories.

“One day we were all called in and told it was over,” said Alexis Simendinger, who was the White House correspondent for Real Clear Politics. “It was a very surprising thing.”

They were never given much of an explanation why, the former employees said. But they were surprised to learn who was replacing them in some cases: writers who had worked in the conservative movement or for the Republican Party. One hire was the former chair of the Manhattan Republican Party and was married to a senior Trump administration official .

Top Real Clear executives also developed business ties with a hard-right conservative outlet, The Federalist, that is frequently promoted on the Real Clear flagship website. Public records and interviews show that The Federalist, whose funding sources have been largely secret, draws from the same pool of donor money as Real Clear. In their statement, Mr. McIntyre and Mr. Bevan emphasized the website’s independence but declined to address specific questions about their donors. 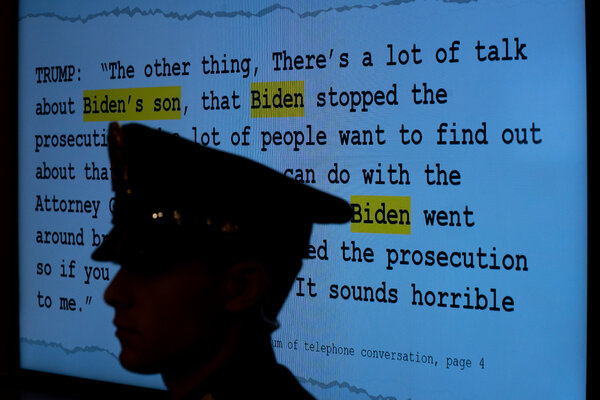 Given the challenges of turning a profit in digital media, political publications often have a hard time existing on advertising revenue alone. Some right-of-center outlets like Real Clear and National Review, along with left-leaning ones like Media Matters for America and Mother Jones, fund part of their operations through foundations that can accept anonymous tax-deductible contributions.

Publishers and media scholars said that while these gifts provide a measure of financial stability, they can also cost an outlet its editorial independence — or the perception of independence. And accepting money from ideologically motivated donors, especially ones who wish to keep their giving private, opens the door to a host of ethical questions.

“There’s a history of relying on donors — everyone from National Review to the radio shows of the 1950s and ’60s had to do so, because none of them turned a profit,” said Nicole Hemmer, the author of “Messengers of the Right,” which explores the rise of conservative media. “The question is why they feel the need to hide their sources of funding.”

Some conservative moguls are publicly associated with the media enterprises they fund: the Mercer family, whose hedge fund fortune helped underwrite Breitbart, or Sun Myung Moon, the Korean businessman and spiritual leader who owned The Washington Times.

Ms. Hemmer said that “objectivity-laundering” was one concern if donors identities’ were not known — if sites like Real Clear were presenting “a fairly neutral, objective face while hiding a more conservative agenda.”

The beginning of the Trump era in Washington was difficult for smaller political outlets like Real Clear and The Weekly Standard, which struggled to find their sweet spot in a media landscape that was becoming ever more polarized around the new president. For conservative publications that remained critical of Mr. Trump, like The Weekly Standard, business was unsustainable. That outlet shut down in December 2018.

Others like The Federalist adapted by striking an aggressively pro-Trump, anti-left tone, eventually coming to warn that Mr. Biden’s victory would lead to “Marxist singalongs” in public schools and to recommend “coronavirus parties” as a way of defeating the pandemic.

From 2016 to 2017, donations to the Real Clear Foundation more than quadrupled to $1.7 million, with nearly all of that coming from two entities that conservatives use to shield their giving from public disclosure requirements, Donors Trust and Donors Capital Fund. In 2018, the Real Clear Foundation had its best year yet, reporting more than $3 million in donations. One donor whose identity is disclosed on tax filings is Andrew Puzder, who was briefly Mr. Trump’s nominee for labor secretary and writes opinion pieces for Real Clear.

Public records from those years and interviews show how the leadership and donor base of Real Clear and The Federalist overlapped.

One of The Federalist’s major financial backers is the conservative, pro-Trump businessman Richard Uihlein, according to two people with knowledge of the website’s finances. Mr. Uihlein and his wife, Elizabeth, who runs their family’s multibillion-dollar packaging business, have been known to steer money toward hard-right candidates that many other Republicans have avoided, like Roy S. Moore, the former Alabama judge whose Senate campaign unraveled after women accused him of pursuing them and fondling them when he was in his 30s and they were teenagers.

Ms. Uihlein was also known for her outspokenness against public health lockdowns and revealed last week that she and her husband had contracted the coronavirus.

Together the couple have become one of the biggest sources of investment in conservative politics in recent years. They have given $250,000 to the Real Clear Foundation through their family nonprofit, tax records from 2017 and 2018 show.

The Federalist’s funding remains opaque, but its ties to Real Clear are detailed in public documents. Two top executives at Real Clear Politics were named in disclosures filed by Federalist entities. Mr. McIntyre, the Real Clear co-founder, is listed as a director of The Federalist’s umbrella corporation on a filing with the Securities and Exchange Commission that also bears his signature.

The Real Clear publisher David DesRosiers was listed as a director with The Federalist’s nonprofit foundation. And as reported by BuzzFeed and others, The Federalist has used the same address that Real Clear Politics uses as the location of its Chicago office.

Despite the dominance of pro-Trump outlets in conservative media, others that are more critical of the president, like The Bulwark and The Dispatch — both formed by alumni of The Weekly Standard — have expanded their audiences. Both were wary of a financial model that could open the door to meddling by donors.

At The Dispatch, for instance, no single outside investor can own more than roughly 5 percent of the company.

William Kristol, the editor at large of The Bulwark, said it was little surprise that there were conservative donors willing to fund pro-Trump news outlets.

“It’s hard to know who’s causing what,” he said about whether donor influence was skewing sites to take a harder line in defense of the president. “But the sea in which donors swim — that sea has turned out to be much Trumpier than I expected.”

Senate Democrats take their voting rights push on the road with a hearing in Atlanta.