Home » Education » ‘Only a zealot would oppose’: should the UK nationalise struggling private schools?

From the outside, Queen Elizabeth’s Grammar School, known locally as QEGS, looks like your archetypal private school, with ancient buildings, an impressive wood-panelled dining hall and its guiding motto in Latin, Disce Prodesse (loosely translated as Learn to be of service). Founded in 1509, the first year of the reign of Henry VIII, it has largely operated as an independent school for 500-plus years – apart from a spell as a direct grant (state) school in the 50s and 60s – with annual fees of up to £10,000 in the mid-noughties, well beyond the reach of most parents in Blackburn with Darwen, Lancashire.

But since QEGS converted into a free school in September 2014, parents have not had to pay fees at all. The move followed a period of falling school rolls after the 2008 economic crisis. Today QEGS is oversubscribed and graded “good” by Ofsted, with its personal development and early years provision graded “outstanding”.

Claire Gammon joined QEGS back in 2002 as a maths teacher, and became head in 2017 when the school had recently been inspected by Ofsted and rated as “requires improvement”. She puts its newfound success down to strong academic results, an emphasis on producing “fully rounded human beings”, and the retention of an “independent ethos”.

“We have Saturday sport, teach Latin, have three cathedral services a year, where staff walk through the town in gowns, and an extraordinary range of different trip and enrichment activities. Or we did, until this recent crisis.”

The private school system is ‘morally rotten’. This could be the moment for its downfall | Melissa Benn

This package clearly appeals to many parents. Vicki Hamilton, who had a son at QEGS when it was a private school and now has a daughter there, agrees. “Yes, there are bigger classes now, but it feels like all the opportunities of the old school have continued – science, language, maths competitions, school trips, sporting fixtures. Behavioural standards and uniform have remained the same.”

And there are other bonuses: “I am glad that my daughter is in a more diverse school, mixing with people from different backgrounds. It is not good to be educated in a bubble,” she says.

As one of 32 private schools that have moved into the state sector since 2010, the school is also part of a broader experiment that has fresh relevance for a private sector facing a severe economic battering because of the coronavirus pandemic.

In the past few months, at least nine private schools have closed, including Boris Johnson’s old prep school, Ashdown House, in Forest Row, East Sussex. Hundreds more face potential collapse, with dire forecasts of one in 10 independent schools going to the wall. Displaced private school pupils could add to the alarming predicted shortfall of 380,000 state school places in England in the academic year 2021-2022.

It seems certain that more private schools will seek to give up their independence and welcome state pupils. David James, until recently deputy headteacher at Bryanston school, in Blandford, Dorset, says: “Some schools will inevitably be forced into the maintained sector. If it helps save jobs, only a zealot would oppose.”

The government quietly dropped the free school route for conversion a few years ago, and has not replaced it with any other established process. Labour, meanwhile, has indicated it might support conversion of failed private schools, but under local scrutiny.

With the private sector arguably at its weakest since the late 1930s, many see this as a moment of potential transformation, with conversion a key element in a broader, long-term strategy to close the gap between private and state provision.

Hans Broekman, head of Liverpool College, which became a state school in 2013, wants the government to make conversion easier. He says his school “had to beg to be nationalised”. But the free school route was, he says, “for all sorts of economic, technical and government reasons, terrible”.

Broekman is calling on the government to set up a special unit “empowered to transfer independent schools to the state sector”. He is one of a number of experts in a group set up by the Private School Policy Reform (PSPR) forum, which hopes to present concrete proposals to the Department for Education in the early autumn.

Government insiders privately suggest that the DfE has yet to address seriously the urgent problem of failing private schools and that the conversion process needs to be “smoother and less bureaucratised”.

According to Gammon, “There has to be mentoring system between schools that have already converted and those that want to make the change. There are massive fears in independent schools. You have been in a bubble, running your own domain. And you are going into a very different system, it can feel like a loss of power.” 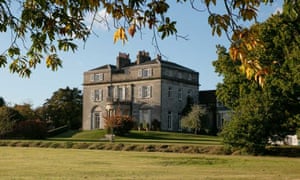 Schools also need specific advice with financial planning, how to apply for grants and how to use pupil premium money, she says.

Polham Hall school, a former Quaker boarding school in Darlington, converted in 2015 and was deemed to “require improvement” by Ofsted in 2018 before being successfully turned around by its new principal, Kate Reid. It became a state boarding school but will cease boarding from September.

Reid, who came from Liverpool College, had seen what an effective conversion looked like close up. “Schools need advice and guidance that they can trust,” she says. “When I got to Polham Hall I looked at their files and saw the conflicting advice that the school had been given, including from those representing the DfE. Staff members told me that they were led to believe that funding would enable the school to have just 20 children in a class. But anyone who knows about state school funding would know that was never going to work.”

But sceptics question the wisdom of using public money to bail out a failing private sector. Wouldn’t it simply heap more problems on local state schools, already struggling with underfunding and the multiple impacts of the virus?

Sol Gamsu, of Durham University, says: “Private school integration must mean more than the state subsidising middle-class schools.” His research suggests that secondary schools that have converted almost all have lower proportions of disadvantaged students than other local state schools.

He cites the case of Colston’s Girls’ school in Bristol, one of the first to come over to the public sector, claiming that it would offer the “same standard of education to the community”. Thirteen years on, says Gamsu, “this is materially not the case. Colston Girls has the fourth lowest percentage of free school meals (FSM) students in the city.” Gamsu compared Colston’s FSM figures of just under 10% with the average for the local authority, which stands at just over 20%.

Both Gammon and Reid emphasise how painstaking and fair their admissions processes are. However, Gamsu’s calculations, which will be fully unveiled in a report for PSPR due to be published in the autumn, hint at similar, worrying discrepancies in these converter schools: QEGS has 10% of children on free school meals, compared with a local authority average of 16.7 %, while Polham Hall has just 7.6% compared with nearly 20% in the local authority.

Heads such as Gammon and Reid are, however, enthusiastic converts to the virtues of state education. Gammon says: “I have learned so much from joining the state sector, and collaborating with local leaders of education, national leaders, subject leaders. The local authority has been fantastic. As a result, the teaching and pastoral care at this school have never been better.”

‘I feel like a number’: unhappy UK students blocked from deferring studies

Cambridge University to move all lectures online until 2021