Home » Education » ‘A weird time’: students tell of a future snatched away

It might seem like a holiday for some, but the school closures, cancelled exams and university shutdowns are wreaking havoc with many students’ lives. Sixth formers have lost the chance to improve their grades through last-minute revision, and university students have been left hanging, unable to sit their final exams, say goodbye to friends, or invite their families to graduation ceremonies.

Students from different stages in their education tell how their plans for the future are being shaped by the crisis. 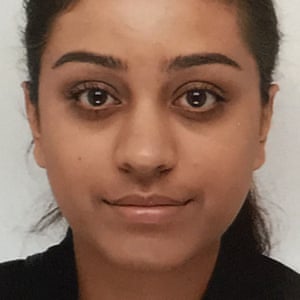 “Everyone was scared on the last few days of sixth form, with lots of people self-isolating. We were told on Wednesday that we had two days to say goodbye; it felt rushed. We don’t know what’s going to happen next or when we’ll see each other.

I was going to put everything into my revision around Easter. In January when you’ve got mocks your priority isn’t revision, and then there’s other deadlines to meet – coursework, personal statements, Ucas applications. Teacher attainment grades don’t take that into consideration.

Now I’ve lost the motivation to continue revising as I have lost sight of what I will be working towards. The conflicting information from teachers, who are also uncertain, has left us students confused.

I fear that all schools will not be held to the same regulations, with some recommending students do essays as evidence of their grade. This system could disadvantage students with a poor relationship with their teacher and BAME students, who tend to exceed their predicted grades. I would prefer exams to be postponed.

Because there have been a lot of articles about the cap on university places, everyone was worried about theirs being taken away. My application didn’t need to be firmed until 4 May, but I didn’t want my place getting taken away so I firmed out of fear. Although I do think I made the right decision, I feel I should have taken more time to make it.” 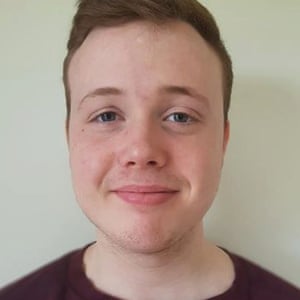 “Because of the staff strikes and now the coronavirus outbreak, I’ve only had four physical classes in my first year. The rest have been online. It feels like we’re being left high and dry with very little support. We’ve had very few contact hours. Ideally I’d like a reduced fee next year, or a bit of money back.

However we have technically still been ‘taught’ throughout the outbreak. And obviously with the strikes, reducing our fees is only going to reduce money available to the staff who were on strike for better pay, so that doesn’t really sound fair.

The online teaching has been OK. But I haven’t had video classes, which most of the other courses do – they’ve just put up PowerPoints and lecture notes for us that we’ve had to read through. So you have less of the explanation, and it’s a lot more effort if you’re having issues with something.

You’ve got to email your lecturer and then wait for a response, whereas in an actual lecture you’d have a response instantly. We were also learning to use Adobe software, but the university won’t shell out for all of us to download it, so that’s a few months of useful learning down the drain.” 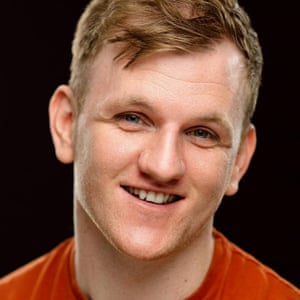 “We’re in a limbo. We were in the middle of our final shows, halfway through rehearsals, then everything got cancelled. The school’s doing its best to keep the teaching online, but with acting it’s difficult to practise your craft without being in a room with other actors and the director.

At the moment our shows are postponed indefinitely and we’re just waiting for information. Either they’ll postpone and we’ll go back into rehearsals later, or they’ll cancel them and replace it with some kind of written assessment, which would be a shame.

It would be a difficult time anyway, that first year out of university. Our third year was meant to be about getting us out into the industry: getting agents and meetings with casting directors. It’s about launching the first year of your acting career.

But nothing’s happening in the industry – shows have been cancelled, and casting directors aren’t meeting with people. The casting directors don’t have any work either. Some of them are doing callouts for show reels online to support acting grads.

In your third year, you’re also saying goodbye to a lot of people you might never see again. My flatmate is from Iceland, and he suddenly had to go home. There’s this sense of ‘is that it? Is that the last time I see you for the next few years?’ It’s a weird time.”

“I’m a bit fed up. I’ve spent three years working hard to maintain a good grade and now, with the anxiety of everything going on, it’s hard to get anything done.

I have a chronic disability, which means I struggle with going to lectures and other things. It’s funny how they’ve now put lectures online, which they wouldn’t normally do for disabled students like me. But they can suddenly do it now everyone’s impacted.

My graduation has been postponed. A lot of people might not be able to attend theirs now. It feels like we’ve worked so hard for this big moment, and it’s been taken away. Obviously you can’t predict a global pandemic, but it’s tough.

The university has offered deadline extensions and exam retakes, but it doesn’t really work for final-year students. A lot of us will be starting jobs, internships or master’s programmes.

We’ve asked for a ‘no detriment’ policy because we have no access to materials in the library. This would mean any work we hand in now doesn’t negatively affect our overall grades if it’s below standard. But the university said no. I’ve still got 45% of my final-year assessments to submit. It’s very tough.” 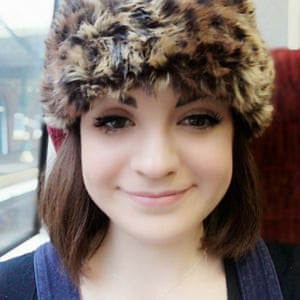 “The archives and libraries that I depend on were understandably shut with very little notice so I grabbed what books I could. I don’t have all the resources I need to keep working so I’m tinkering at the edges of my thesis. So many of the ‘lightbulb’ moments that have occurred over my studies have been instigated by conversations with other students or fellows with completely different research interests. I’m feeling very anxious. These are not conducive circumstances for work at the moment, with the amount of worry I’m feeling for my family.

I got engaged on 16 March, a few hours before Boris Johnson’s press conference discouraging non-essential contact. We haven’t been able to see any of our friends to celebrate. But we’re thrilled, and wedding planning has given us something other than work to think about while we’re cooped up in our college accommodation.

Like a lot of postgraduate students I do part-time work to supplement my income. I had a zero-hours contract, the flexibility of which really suited me, but now that’s dried up I’m £50 per week worse off.

I have friends working on historical epidemics and plagues who are tweaking their research grant applications to highlight the sudden, painful relevance of their topics. I study sieges in seventeenth-century Britain and Ireland. Accounts which emphasise the claustrophobic intimacy of besiegement and the fear of diseases which swept through enclosed spaces, strike me a lot more now.”

A-level results: No 10 hints algorithm set to be ditched in England

Not yet safe for UK schools to reopen amid coronavirus crisis, unions warn