Home » Business » When Covid Hit, China Was Ready to Tell Its Version of the Story

The government has been using its money and power to create an alternative to a global news media dominated by outlets like the BBC and CNN. 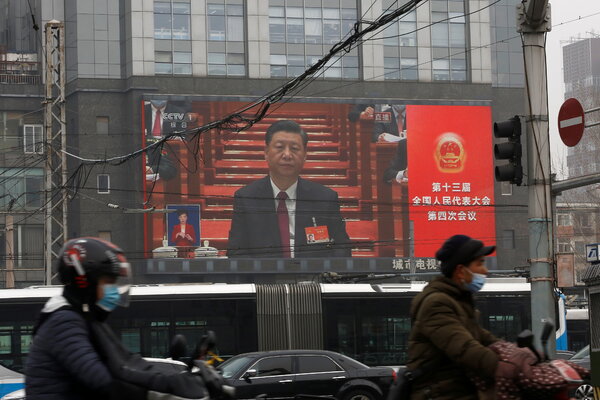 In the fall of 2019, just before global borders closed, an international journalists’ association decided to canvass its members about a subject that kept coming up in informal conversations: What is China doing?

What it found was astonishing in its scope. Journalists from countries as tiny as Guinea-Bissau had been invited to sign agreements with their Chinese counterparts. The Chinese government was distributing versions of its propaganda newspaper China Daily in English — and also Serbian. A Filipino journalist estimated that more than half of the stories on a Philippines newswire came from the Chinese state agency Xinhua. A Kenyan media group raised money from Chinese investors, then fired a columnist who wrote about China’s suppression of its Uyghur minority. Journalists in Peru faced intense social media criticism from combative Chinese government officials.

What seemed, in each country, like an odd local anomaly looked, all told, like a vast, if patchwork, strategy to create an alternative to a global news media dominated by outlets like the BBC and CNN, and to insert Chinese money, power and perspective into the media in almost every country in the world.

But the study raised an obvious question: What is China planning to do with this new power?

The answer comes in a second report, which is set to be released on Wednesday by the International Federation of Journalists, a Brussels-based union of journalism unions whose mission gives it a global bird's-eye view into news media almost everywhere. The group, which shared a copy with me, hired an author of the first report, Louisa Lim, to canvass journalists in 54 countries. The interviews “reveal an activation of the existing media infrastructure China has put in place globally,” Ms. Lim, a former NPR bureau chief in Beijing who is now a senior lecturer at the University of Melbourne, wrote in the report. “As the pandemic started to spread, Beijing used its media infrastructure globally to seed positive narratives about China in national media, as well as mobilizing more novel tactics such as disinformation.”

The report may read to an American audience as a warning of what we have missed as our attention has increasingly shifted inward. But it is less the exposure of a secret plot than it is documentation of a continuing global power shift. China’s media strategy is no secret, and the Chinese government says its campaign is no different from what powerful global players have done for more than a century.

“The accusation on China is what the U.S. has been doing all along,” a deputy director general of the Information Department at the Chinese Foreign Ministry, Zhao Lijian, told me in a WeChat message after I described the international journalists’ report to him.

The report found that a new media push accompanied the intense round of Chinese diplomacy in the pandemic, providing protective equipment initially and then vaccines to countries around the world, all the while scrambling to ensure that things as varied as the pandemic’s origin and China’s diplomacy was portrayed in the best possible light. Italian journalists said they’d been pressed to run President Xi Jinping’s Christmas speech and were provided with a version translated into Italian. In Tunisia, the Chinese embassy offered hand sanitizer and masks to the journalists’ union, and expensive television equipment and free, pro-China content to the state broadcaster.

Fran O’Sullivan: Let’s back NZ to win this battle for Infratil