Adam Neumann, a WeWork co-founder, and SoftBank, the co-working company’s largest shareholder, announced on Friday that they had settled their legal dispute, opening the way for WeWork to go public just 16 months after SoftBank rescued it from collapse.

WeWork called off an initial public offering in 2019 after investors balked at the company’s enormous losses and criticized its governance practices. Now SoftBank, a large Japanese conglomerate, wants to take WeWork public through a deal with a special purpose acquisition company, a route onto the stock market that has become popular in recent months.

As part of its 2019 rescue, SoftBank offered to buy $3 billion of WeWork stock from Mr. Neumann, who had left the company during its I.P.O. attempt, and other shareholders. But just as the coronavirus was emptying WeWork office-sharing locations, SoftBank said last year that it would not go ahead with the purchase, prompting Mr. Neumann to sue.

Under SoftBank’s original offer, Mr. Neumann was to receive $960 million, but under the settlement he will receive $480 million, because SoftBank is buying half the number of shares, according to a person with knowledge of the agreement.

“With this litigation behind us, we are fully focused on our mission to reimagine the workplace and continue to meet the growing demand for flexible space around the world,” said Marcelo Claure, executive chairman of WeWork and a senior SoftBank executive. 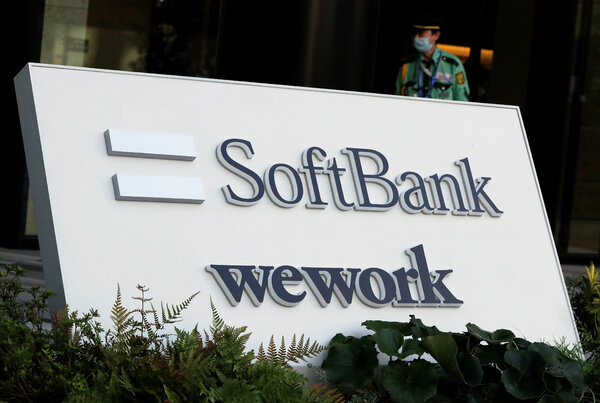 SoftBank will spend around $1 billion buying stock from the other shareholders, also half the amount originally agreed. SoftBank will also pay Mr. Neumann $50 million to cover his legal fees, the person with knowledge of the settlement said.

The legal dispute created uncertainty about how much of WeWork each main shareholder owned. That doubt had to be cleared away for the company to go public. SoftBank has been in talks to combine with BowX Acquisition, a special purpose acquisition company, the person with knowledge of the settlement said. It is not clear how advanced the talks are.

WeWork has released only patchy financial results in recent months, so it is not clear how hard the pandemic hit it. Many of its customers did not renew their memberships. WeWork leases space from landlords and then charges its members fees to use that space. To save money, it has restructured some of its lease agreements.

SoftBank has also supported WeWork with billions of dollars of financing.