NEW YORK (Reuters) – Those pining for a bottom to the gut-wrenching stock market selloff may be disappointed to learn that mega one-day rallies like the historic one witnessed on Tuesday are typically not the start of a durable recovery. 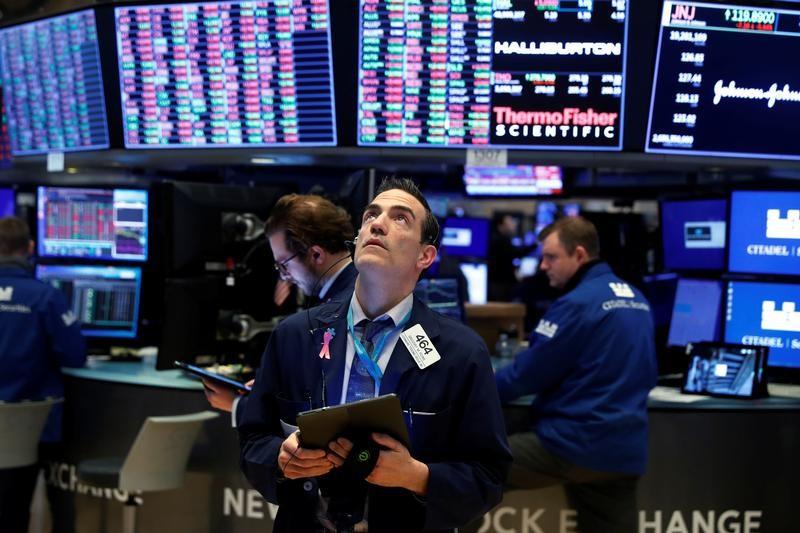 U.S. stocks, that recently entered a bear market – a fall of 20% or more from recent highs – rebounded strongly on Tuesday after U.S. lawmakers said they were close to a deal for an economic rescue package in response to the coronavirus outbreak, injecting optimism to a market grappling with its biggest selloff since the financial crisis.

All the same, data suggest investors should treat the rally in stocks with caution.

Of the twenty past instances when the S&P rallied 8% or more on a single day, thirteen of them took place when stocks were in the embrace of a bear market.

“These 8% rallies are not necessarily signs of health,” said Christopher Murphy, co-head of derivatives at Susquehanna Financial Group.

In a note on Tuesday, Murphy wrote, “It is important to remember that some of the largest one‐day rallies in SPX’s history took place during bear markets, implying that one day pops are not uncommon in a down market.”

Nor are such sharp rallies a herald of better days.

In 2008, for instance, the two biggest gains during the market crash that fall, both in October 2008, were actually followed by five more months of double-digit declines, data showed.

“You can’t take this bounce and say that (the market) will turn around next week or the week after,” said Quincy Krosby, chief market strategist at Prudential Financial in Newark, New Jersey.

A lot will depend on whether monetary and fiscal response can stave off a prolonged downturn, Krosby said.

Going by history, those looking to time the end of the bear market should be more encouraged by days when investors take modest bites at risky assets rather than great big mouthfuls.

Dow Jones CEO Will Lewis to step down: FT