Home » Business » The Village Voice Rises From the Dead

The Village Voice, the storied New York alt-weekly that shut down in 2018 after a 63-year run, will live again.

Brian Calle, the chief executive of Street Media, the owner of LA Weekly, said on Tuesday that he had acquired the publication from its owner, Peter D. Barbey.

“I think a lot of people will be hungry for this and I’m super optimistic,” Mr. Calle said in an interview.

He added that he planned to restart The Voice’s website in January and would publish a “comeback” print edition early next year, with quarterly print issues to follow. On Tuesday he hired Bob Baker, a former Voice editor, as a senior editor and content coordinator. Mr. Calle said he wanted to bring back more former staff members who know the paper’s tone. He has not yet named an editor in chief.

The Voice, a mainstay of the independent journalism scene until it wasn’t, was founded in 1955 by Dan Wolf, Edwin Fancher and Norman Mailer. It was home to the dogged investigative reporter Wayne Barrett; the jazz critic and free-speech columnist Nat Hentoff; the early rock critic Richard Goldstein; the feminist cultural critic Jill Johnston; the nightlife columnist Michael Musto; and the groundbreaking hip-hop writers Nelson George and Greg Tate.

Generations of New Yorkers found their first apartments through its seemingly endless classified section. The paper grew thinner over the years, as Craigslist cut into its revenue, and bloggers and early digital sites chipped away at its cultural position.

In 2015 it was sold by the Voice Media Group to Mr. Barbey, an heir to an American retail empire whose family owned The Reading Eagle newspaper in Pennsylvania for generations until 2019. He vowed to revitalize the paper, but in August 2017 he took it digital only and shuttered it a year later.

Mr. Calle said he had eyed The Voice for several years and got in touch with Mr. Barbey about buying the paper in recent months. “I literally just cold-called him and I said, ‘Hey, I’ve been thinking a lot about The Village Voice and a lot about journalism in the context of this year and I feel like we need to figure out a way to bring it back,’” he said.

“We had roughly half a dozen calls, just talking about the history of The Voice and getting to know each other, because he views himself as a kind of a steward and was just waiting for someone to come along.”

Mr. Barbey said he had been approached by a number of prospective owners.

“I originally bought The Village Voice to see if we could save it in a different media era,” he said. “Brian called and we talked for a while. After thinking about it, I figured he had the best philosophy about how to move forward with The Village Voice.” 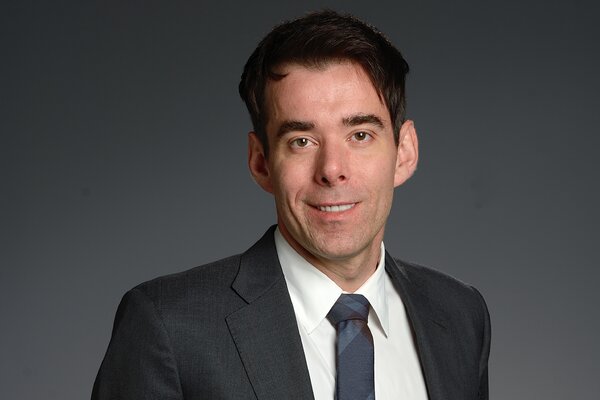 The terms of the deal were not disclosed. In a news release, Street Media said the acquisition did not include the Obie Awards, the Off Broadway honors that will continue to be presented by the American Theater Wing.

Mr. Calle has experience running an alt-weekly, but his time as publisher and chief executive at LA Weekly has not been without incident. Formerly an opinion editor for The Orange County Register in California and other newspapers, Mr. Calle bought LA Weekly with a group of investors in 2017 from the Voice Media Group. (From 2012 to 2017, the Voice Media Group owned LA Weekly in addition to its flagship paper in New York.)

LA Weekly’s newsroom was quickly gutted after the sale, and former writers organized a boycott of the paper, pressing advertisers and other journalists to cut ties. Mara Shalhoup, the editor in chief of LA Weekly when Mr. Calle bought it, said that nearly the entire newsroom staff was fired. Ms. Shalhoup, who next week will start as ProPublica’s South editor, said she felt LA Weekly was not as focused on serious journalism after the acquisition by Mr. Calle.

“I think my opinion is shared by the community of readers in Los Angeles,” she said. “It was not the same quality publication after he purchased it as it was before.”

In 2018, David Welch, one of the investors, sued Mr. Calle and the other LA Weekly backers, alleging that they had mismanaged the paper. The suit was settled in 2019.

“That lawsuit was settled and we both went our separate ways,” Mr. Calle said. Speaking more generally of the detractors of LA Weekly under his leadership, he said, “I think the proof is in the results, which is that we’re still around and we’re on a nice trajectory.”

He added that the paper he acquired on Tuesday “will honor the traditions of The Village Voice of yesteryear.”

Mr. Calle said he planned to start a Voice podcast and increase the publication’s social media presence while looking for new revenue streams. He said he also envisioned The Voice performing a critical role of alt-weeklies: acting as a watchdog of mainstream media outlets.

Since The Voice stopped publishing new content in September 2018, the website has been periodically updated with articles pulled from its archives. Some staff members stayed on to work on building a digital archive. Mr. Calle said he and Mr. Barbey planned to donate The Voice’s print archives to a “major New York public institution” in the coming months.