Home » Business » The United Auto Workers president who led the union through a federal investigation will retire. 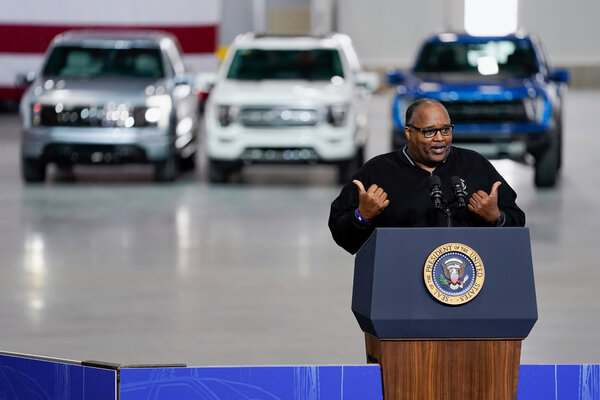 The president of the United Auto Workers union, Rory L. Gamble, will retire on June 30, a year before his term in office was set to end, the union said on Friday.

Mr. Gamble, 65, has been a member of the union since 1974 and was named president in 2019, when his predecessor, Gary Jones, was ousted amid a federal investigation. The union’s board is expected to soon name a successor to serve out the remainder of Mr. Gamble’s term.

“I said on Day 1 I would hand over the keys to this treasured institution as a clean union,” Mr. Gamble said in a statement. “After looking at the progress we have made and the best interests of U.A.W. members for a stable transfer of power, this is the right time for me to turn over the reins.”

Mr. Gamble steered the union through a scandal that led to guilty pleas by Mr. Jones and another former U.A.W. president, Dennis Williams, as well as three former Fiat Chrysler executives and a dozen other union officials.

Mr. Jones and Mr. Williams were sentenced to 28 months and 21 months in prison, respectively. Both had been charged with using union funds for personal travel, cigars, liquor and other luxuries.

Under Mr. Gamble, the union worked with federal prosecutors to institute anticorruption reforms. Prosecutors had considered placing the union under federal control but were satisfied with Mr. Gamble’s changes.

Robinhood seeks a $35 billion valuation in its I.P.O.