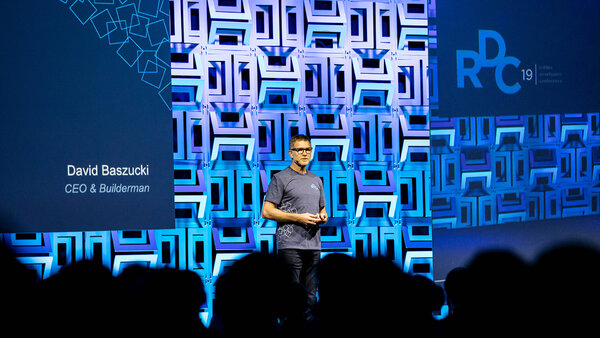 A pause in the I.P.O. frenzy

The eye-popping stock market debuts of Airbnb and DoorDash last week have led to the delay of at least one eagerly awaited I.P.O., as executives are taken aback by the strength of the tech stock craze.

The gaming company Roblox has pushed back its stock offering until next year, The Times’s Kellen Browning writes. Roblox’s chief, David Baszucki, wrote to employees that waiting would provide “an opportunity to improve our specific process for employees, shareholders and future investors both big and small.”

Roblox is worried about leaving money on the table, sources told DealBook. Selling shareholders — including employees — might be shortchanged if its I.P.O. has as big a pop as Airbnb (113 percent) or DoorDash (86 percent).

Affirm, the e-commerce lender, also postponed its I.P.O., though a person with knowledge of the matter told DealBook it was in large part because of delays with the S.E.C. regulatory process.

Wall Street is increasingly muttering the “B” word: bubble. Airbnb’s $83 billion market cap is more than that of Marriott, Hilton and Hyatt combined, while DoorDash’s $56 billion market cap is bigger than that of most restaurant chains. The median valuation of tech I.P.O.s this year is 24 times trailing revenue, the University of Florida professor Jay Ritter told The Wall Street Journal. That measure for the Nasdaq Composite Index is currently 4.3 times, while for tech I.P.O.s for most of the 2010s it averaged about six times.

Retail investors are a major factor in the frenzy, and it’s not clear how long they will continue to pay steep prices for a piece of high-growth tech companies. For now, that means companies looking to go public may retool their offerings to sell more shares to take advantage while it lasts, we hear.

The U.S. is rolling out Pfizer’s Covid-19 vaccine today. The first injections of the treatment, which the F.D.A. approved for emergency use late on Friday, will be given to high-risk health care workers. Here’s how FedEx and UPS are transporting the fragile vaccine, and how the White House is encouraging Americans to sign up for the shots.

AstraZeneca strikes a $39 billion deal for immunology drugs. The British pharma giant’s agreement to buy Alexion, which makes treatments for rare diseases, is the latest sign that companies are willing to open their wallets again, despite the pandemic. Indeed, deal makers are speculating whether another deep-pocketed drug company will make a rival bid for Alexion.

Russian hackers are believed to have broken into the U.S. Treasury and Commerce Departments. It isn’t clear what the hackers were after, but it followed a breach — also likely by Russians — at the cybersecurity company FireEye.

Unilever puts climate change plans to a shareholder vote. The consumer goods conglomerate will give investors an advisory vote every three years on its efforts to cut carbon emissions. It’s the latest sign of the rise of environmental, social and corporate governance principles at big corporations.

Google opens the door to more remote working for employees. The tech giant may permanently adopt a “flexible workweek” when workers return to the office, where employees can work from home two days a week. Separately, the investment bank Moelis & Company is letting its deal makers move to places like Florida, and Deutsche Bank may permit New York City employees to work remotely after the pandemic.

Savage x Fenty, the lingerie company co-founded by the pop singer Rihanna, has hired Goldman Sachs to raise $100 million, sources tell DealBook. The company wants the money for new initiatives that may include new lines like athletic wear and expanding in Europe. The high-flying lingerie brand generates about $150 million in revenue, but is not yet profitable. The valuation it’s seeking in the funding round couldn’t be determined, though it is believed to be around $1 billion. (A representative for Goldman Sachs declined to comment, while Savage x Fenty did not respond to requests for comment.)

An inclusive entrepreneur. Rihanna’s business ventures have challenged the traditional playbook of fashion and beauty brands, taking an inclusive approach in an industry where exclusivity is the norm. Her Fenty Beauty line, which she produces with a subsidiary of LVMH, launched with 40 shades of foundation for a wide range of skin tones. The makeup brand packed the shelves of LVMH-backed Sephora, and paved the way for a Rihanna fashion line with the French luxury empire.

Rihanna started Savage x Fenty in 2018, aiming it at a broad range of body types. It is partly owned by Techstyle Fashion Group, the venture-backed company behind the actress Kate Hudson’s athleisure line Fabletics. Rihanna frequently promotes the brand on Instagram, where she has 87.5 million followers. (Earlier this year, Savage x Fenty was accused of deceptive marketing, which it denies.)

Taking on Victoria’s Secret. Savage x Fenty’s launch came as Victoria’s Secret stumbled. The brand that once dominated the lingerie industry had begun to turn off its customers with garments that emphasized sex appeal over comfort. Last year, Victoria’s Secret canceled its fashion show amid dwindling viewership. In what seemed a direct shot at its rival, Savage x Fenty held a body-positive extravaganza at the Barclays Center last year, returning again this year with “a forceful display of inclusivity” that streamed on Amazon.

The Electoral College meets today, with electors gathering in state capitals to cast their votes for president. If all goes as expected, Joe Biden will receive 306 votes to President Trump’s 232.

Deadlines aren’t always do or die: Congress passed a stopgap funding bill to buy extra time this week for talks on a new stimulus package, and post-Brexit trade talks between Britain and the E.U. were extended into this week, too.

The Federal Reserve updates its economic outlook and announces new policy moves (if any) on Wednesday. Retail sales data for November, released on the same day, will provide a gauge of the strength of the recovery.

In earnings, Zara’s parent, Inditex, reports its latest results on Tuesday; FedEx and General Mills on Thursday; and Nike on Friday.

A deal that reflects the rise of digital advocacy

The pandemic and protests hastened a boom in online political advocacy. With P.R. “moving at the speed of Twitter” and a “new citizen rising up,” businesses are increasingly taking their messaging and lobbying efforts in-house and online, Jeb Ory, the C.E.O. of the public affairs platform Phone2Action, told DealBook.

Phone2Action has acquired the government directory KnowWho, Mr. Ory revealed to us. (The terms of the deal were not disclosed.) It follows its acquisition last month of the issue-monitoring platform GovPredict. These deals link advocacy software with a database of officials and policy-tracking tools. “It was a different world” in 2012 when his co-founder, Dr. Ximena Hartsock, proposed creating software to connect advocates and lawmakers, but within a few years, “disruptive” tech companies started using the tool — Airbnb, Lyft and Uber are all clients.

Phil Minardi, the head of public affairs at Expedia, said the company got involved in “hyperlocal” digital advocacy when it acquired the vacation rental business HomeAway, and uses Phone2Action to “deliver real stories” to officials before they draft new regulations.

Lobbying is “greatly misunderstood,” said Bruce Brownson, KnowWho’s founder (and the son of a former congressman who started a congressional directory in the 1960s). Some consider the $3-billion-a-year industry a corrupting influence, but lawmakers have always sought ways to gather input from constituents. The effects of this demand can be seen in other recent deals, like the government intelligence dashboard FiscalNote raising $160 million.

The latest debate in our DealBook D.C. Policy Project series is about the prospects for environmental rules and regulations under a new administration. We gathered a panel of experts from the public, private and nonprofit sectors, moderated by The Times’s Coral Davenport.

Rostin Behnam, a commissioner at the Commodity Futures Trading Commission, said that “climate change poses a major risk to the stability of the U.S. financial system,” but the potential solutions also include “really exciting” investment opportunities. Panelists from business explained how they’re revamping their operations, with and without government help, including Chris Adamo of Danone, Lucas Joppa of Microsoft, Kathleen McLaughlin of Walmart and Ariel Meyerstein of Citi.

Catherine Coleman Flowers of the Center for Rural Enterprise and Environmental Justice and Varshini Prakash of the Sunrise Movement underlined the importance of climate policy for historically disadvantaged communities and young people. And Rajiv Shah, the president of the Rockefeller Foundation, said he expected renewed global cooperation on climate policy when Joe Biden enters office, “coupled with the leadership of big companies and big financial institutions.”

Check out the debate, including video clips of key exchanges.

The activist hedge fund Elliott Management has taken a stake in Public Storage and named six candidates for its board. (WSJ)

The discussion forum Reddit agreed to acquire Dubsmash, the lip-syncing app that competes with TikTok. (The Information)

As Europe seeks tighter reins over American tech giants, Silicon Valley is building up its lobbying operations in Brussels. (NYT)

Germany announced a new nationwide lockdown, closing nonessential stores and schools through Jan. 10 and limiting gatherings over the holidays. (NYT)

Denis Villeneuve, the director of Warner Bros.’ “Dune,” is the latest Hollywood figure to criticize WarnerMedia’s decision to release movies simultaneously in theaters and on HBO Max. (Variety, NYT)

“Apple TV Was Making a Show About Gawker. Then Tim Cook Found Out.” (NYT)

Can public shame deter the wealthy from trying to jump the line for Covid-19 vaccines? (Air Mail)

What’s on Dr. Anthony Fauci’s bookshelf: a Sicilian cookbook and a history of “all natural” product scams. (NYT)

John le Carré, the author whose spy novels made high art of Cold War thriller plotlines, died on Saturday. He was 89. (NYT)

Looking to Buy a Used Car in the Pandemic? So Is Everyone Else

Wirecard revamps management board amid probes