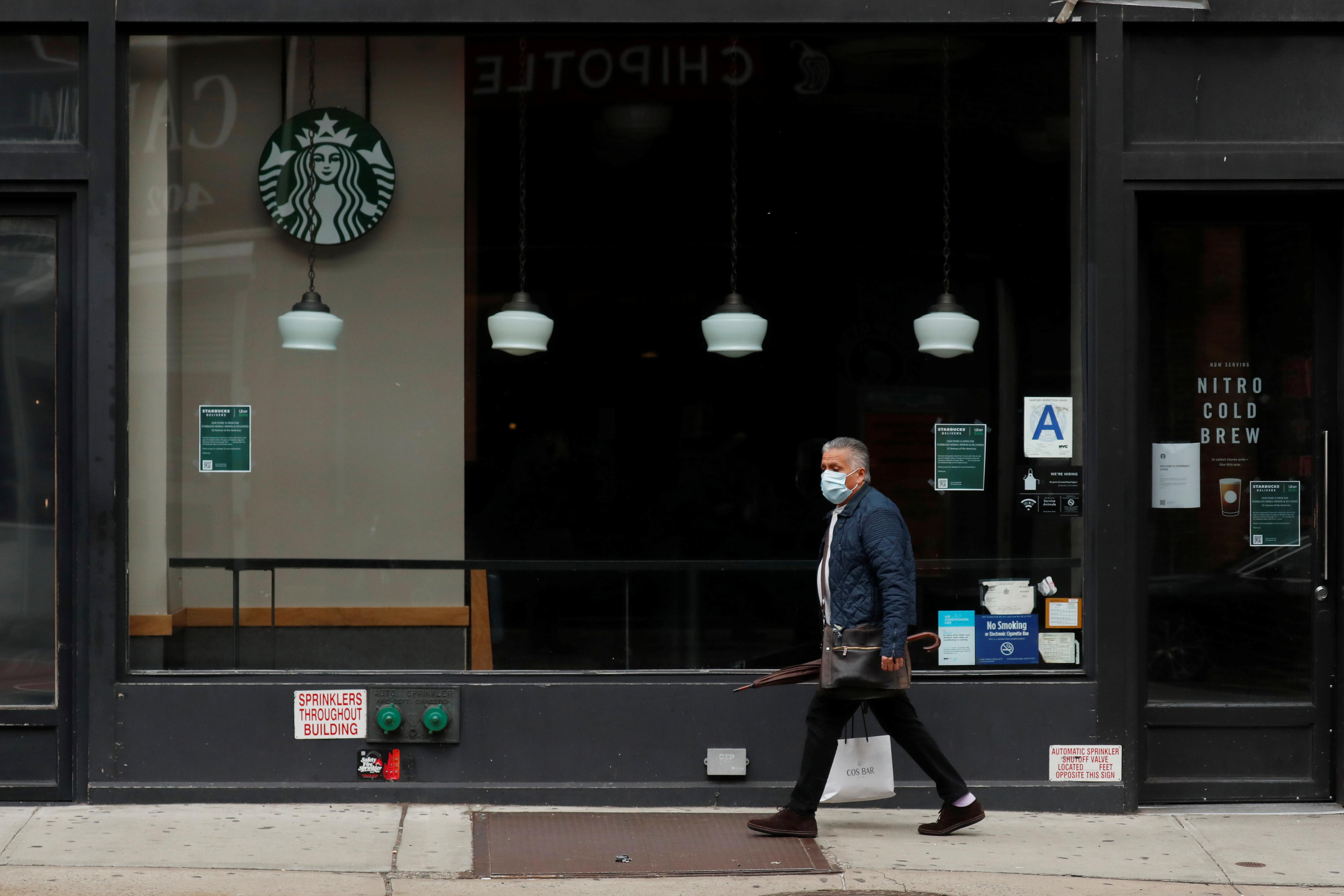 (Reuters) – Starbucks Corp (SBUX.O) said on Wednesday it expected current-quarter operating income to plunge by up to $2.2 billion, with sales declines for the rest of the year even as stores reopen following easing of coronavirus lockdowns.

The world’s largest coffee chain said it would permanently close about 400 stores in the Americas over the next 18 months and would cut the number of planned new store openings by half, to about 300 this fiscal year.

The company’s shares fell over 2% in premarket trading.

Starbucks projected an adjusted loss of about 55 cents to 70 cents per share for its third quarter ending in June, and said it expects U.S. same-store sales to drop by up to 45%.

Sales trends are expected to improve in the fourth quarter, but Starbucks still estimates U.S. same-store sales to be down 10% to 20% for the full year.

The company also forecast full-year adjusted earnings of about 55 cents to 95 cents per share. (bit.ly/37gysi0)

Starbucks said it expects to lose between $3 billion to $3.2 billion in revenue in the current quarter and forecast an operating income decline between $2 billion to $2.2 billion.

The company reported an operating income of $1.07 billion in the third quarter of last year.