It takes guts to open a fashion store, especially during a pandemic.

Yet some that still have the entrepreneurial spirit, the passion for retail, and a lot of that “light-at-the-end-of-the-tunnel” optimism have forged ahead. In some cases they’re opportunistically signing leases with terms that are less onerous compared to a year or two ago; in others, they’re trying to make the most out of commitments made pre-pandemic, only to find themselves stuck opening stores in suboptimal conditions.

“I loved the retail landscape around New York City, pre-COVID-19. But with the closing of Jeffrey, Barneys [New York] and others, not only did we see an opening here, we didn’t think the customer really fled New York for good,” said Jesse Dong, cofounder of Two Minds, a 3,000-square-foot luxury fashion store that opened Wednesday at 34 Gansevoort Street in Manhattan’s Meatpacking neighborhood, on the site of a former Rebecca Taylor store.

Dong was an all-around buyer for men’s and women’s merchandise for eight years at Jeffrey until the famous designer emporium on West 14th Street closed, leaving him contemplating what was next in his career. Along with Robert Rosenthal, who owns and operates retail concepts in the Midwest including Xhibition and Next, the two started searching for sites in Manhattan for their retail concept.

The 2021 Oscars: See All the Red Carpet Fashion Looks

“It is definitely risky,” Dong acknowledged. “There were many times we thought to ourselves, ‘are we crazy doing this in the middle of a pandemic,’ looking at spaces when it seems everyone was fleeing to south Florida or the Hamptons? But we believe in the designer customer, the fashion customer, and we believe that we can provide a store in New York with a positioning that brings freshness and newness to that customer.” 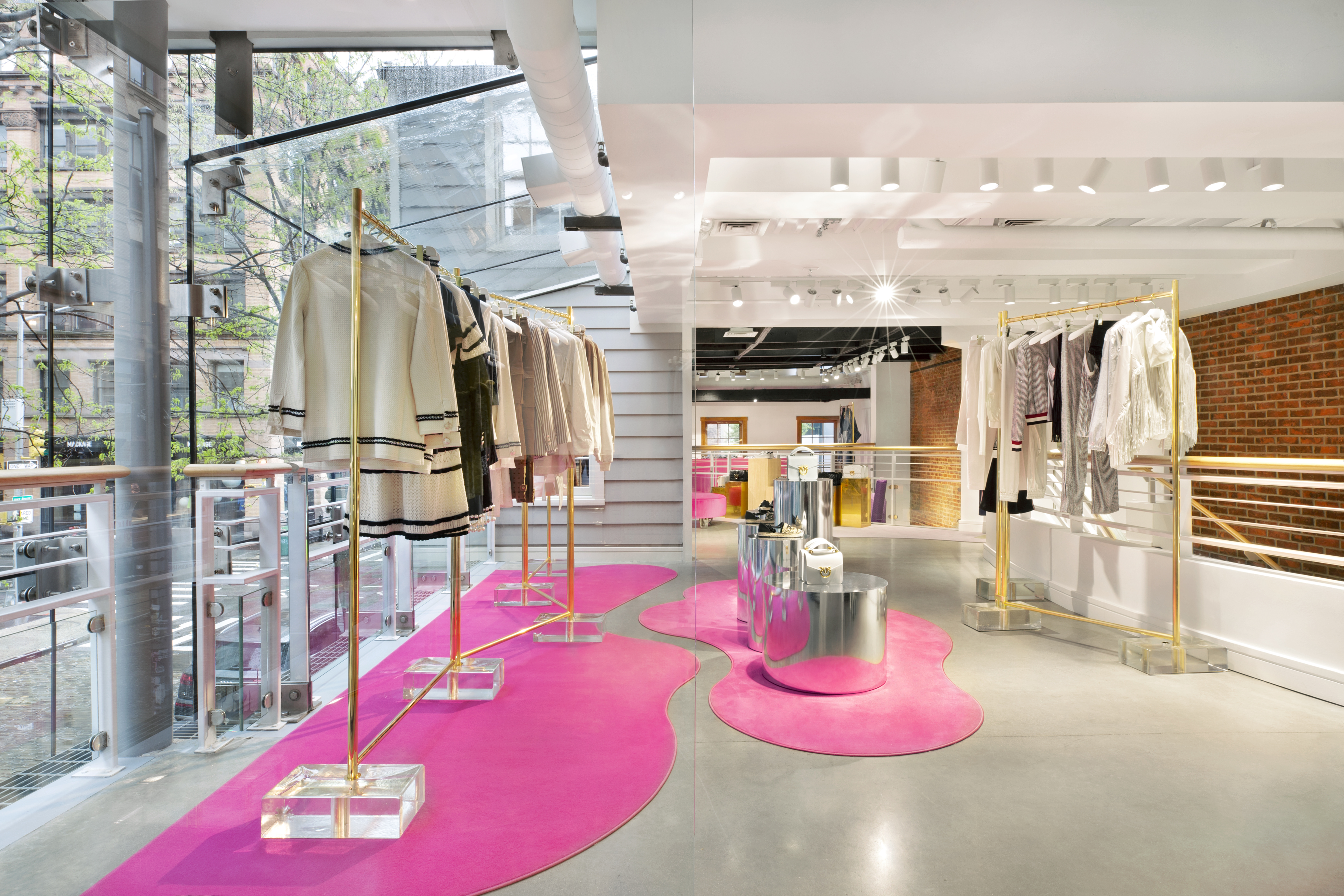 Pinko in SoHo has an exterior wall of glass for extended views into the store. 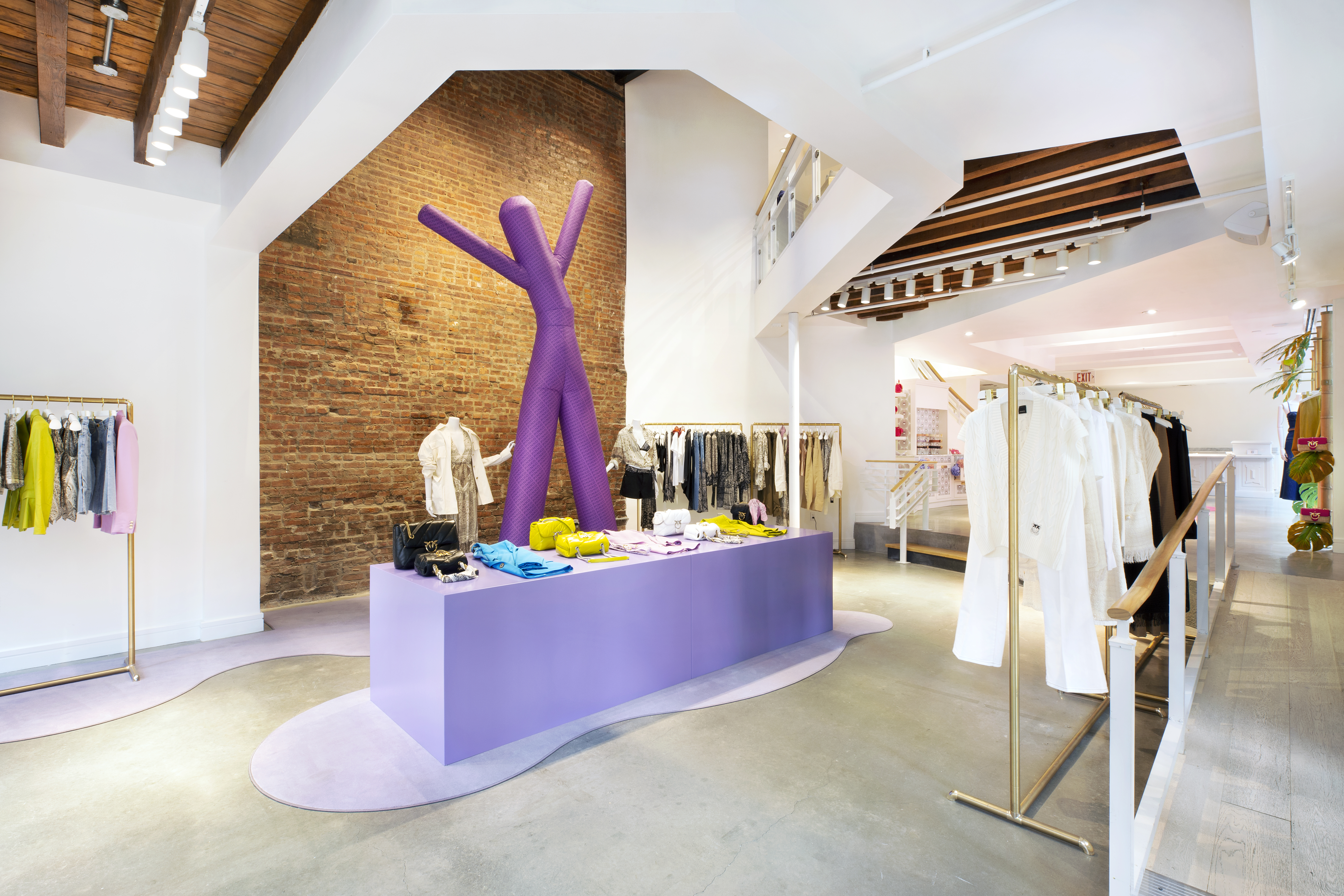 There’s a playful attitude at the new Pinko store. 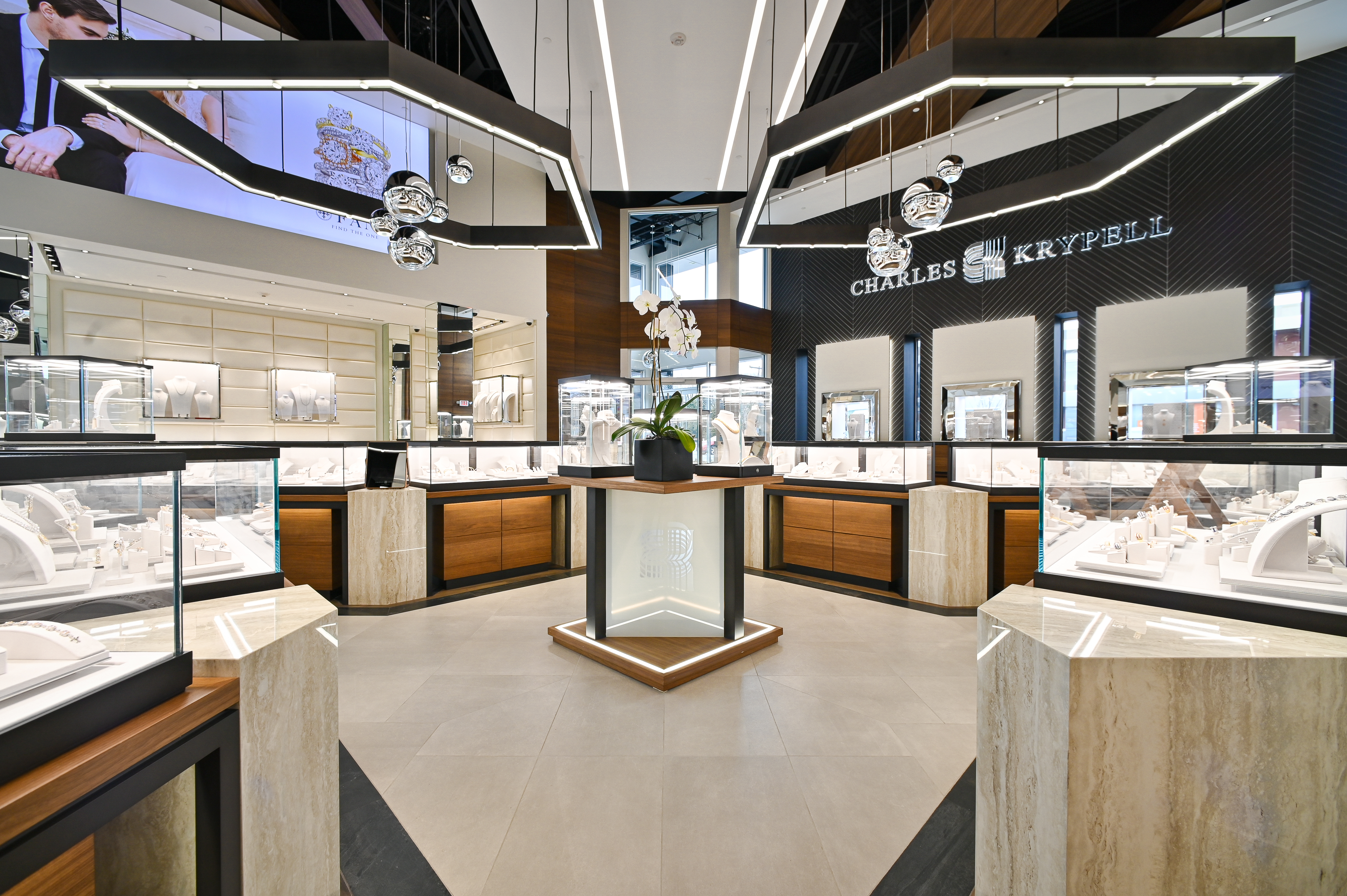 “December was strong,” said Krypell, discussing the state of the business. “That’s really the season for jewelry.”

When the open-for-business sign went up by the entrance, “We had clients coming in without advertising and returning multiple times to the store. We are a huge word-of-mouth business. January was difficult, but every single month since January has gotten better and better, with the vaccinations and more people becoming aware of the store. People are wanting to buy something with a little bit of permanence. Jewelry is one of the only items to last a lifetime.” 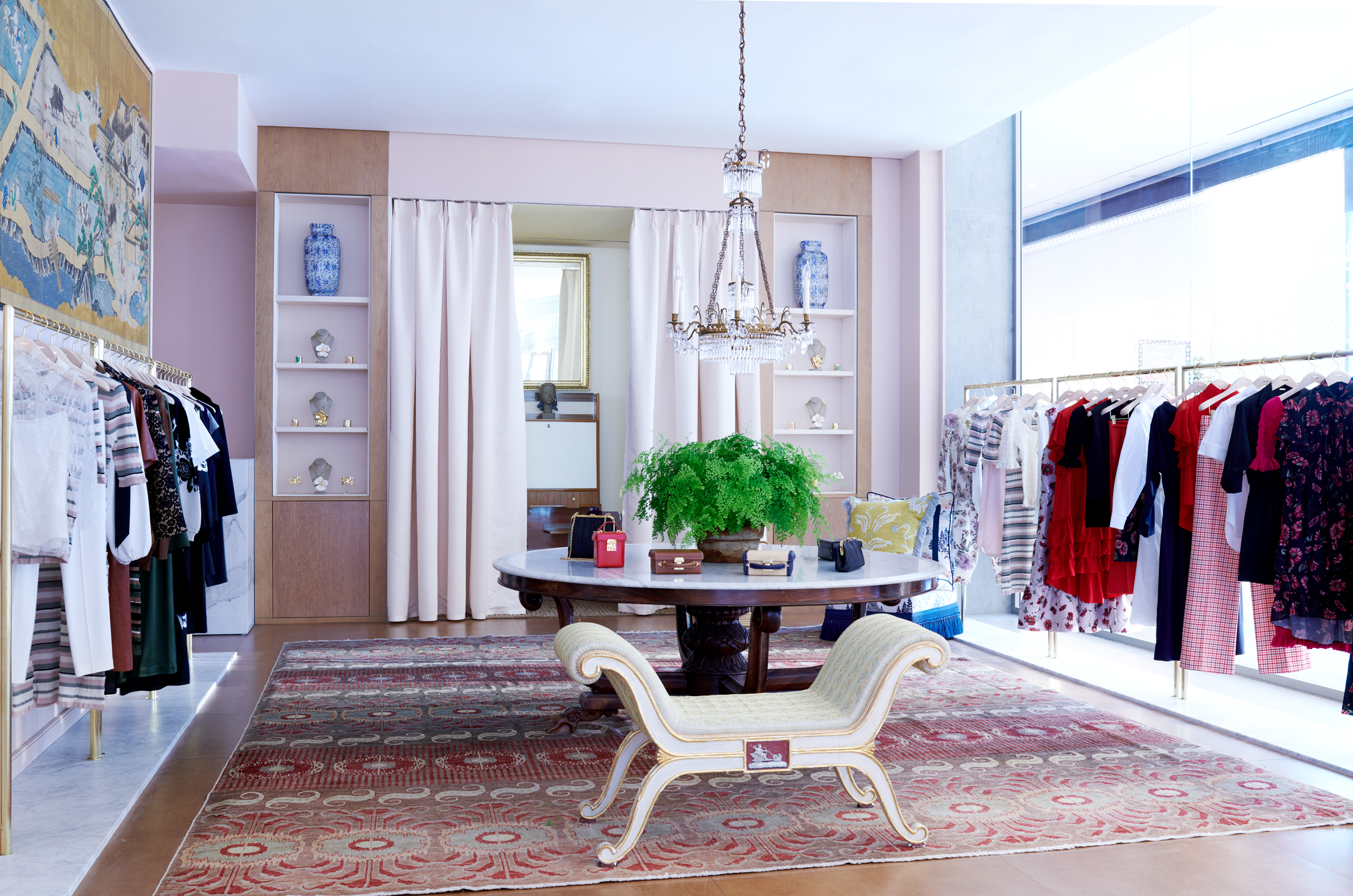 In mid-March, designer Adam Lippes opened a “flagship” in Brookfield Place, the mixed-use complex for retail, dining, offices and events, situated by the Hudson River in lower Manhattan. Lippes has not had a storefront for roughly a decade, when he designed in a more contemporary aesthetic compared to his current, more classic approach.

“There was a lot of deliberation and conversations about the calculated risks,” Jeannie Yoo, the president of Adam Lippes, told WWD, discussing the decision to open a store in Manhattan. “It was tough to see past the pandemic and our immediate business needs. And a lot of vendors and brands have been sheepish on signing new leases in the height of the pandemic. For us, however, we saw a great opportunity to lean into,” with the space that became available at Brookfield.

“Ultimately, we came to the conclusion that things are going to recover,” said Yoo. “The feeling is optimism. When customers decide they are ready to shop again, we wanted to be there for them.”

Yoo declined to divulge any details about the lease at Brookfield, though she did say, “It was not only about the financials. It was about the marketing support, the Brookfield name. They have a lot of experienced marketing and PR professionals.

“If you walk into the store, it feels very much like Adam’s home in Brooklyn,” said Yoo. She said the fitting rooms have silk faille, the shelves and rails are brass, and there are antiques, beautiful marble dog bowls, chandeliers and candles. “It’s the world of Adam Lippes, in a very luxurious and authentic way. It’s all the things Adam loves personally.”

Gene Spiegelman, vice chairman and principle of Ripko Real Estate, negotiated the deal for the Allure store opening on Lafayette Street. It will be Allure Magazine’s first store, selling beauty products, and it’s scheduled to open in the fall. The store is being opened by Allure’s publisher, Condé Nast, in partnership with Stour Group.

“We need these green shoots of new brands whether they get on Bleecker Street, in the Meatpacking District, or on Fifth Avenue,” said Spiegelman. “It’s those new types of deals that will pull us out of this,” he said, referring to the pandemic-influenced downtown in retail leasing. 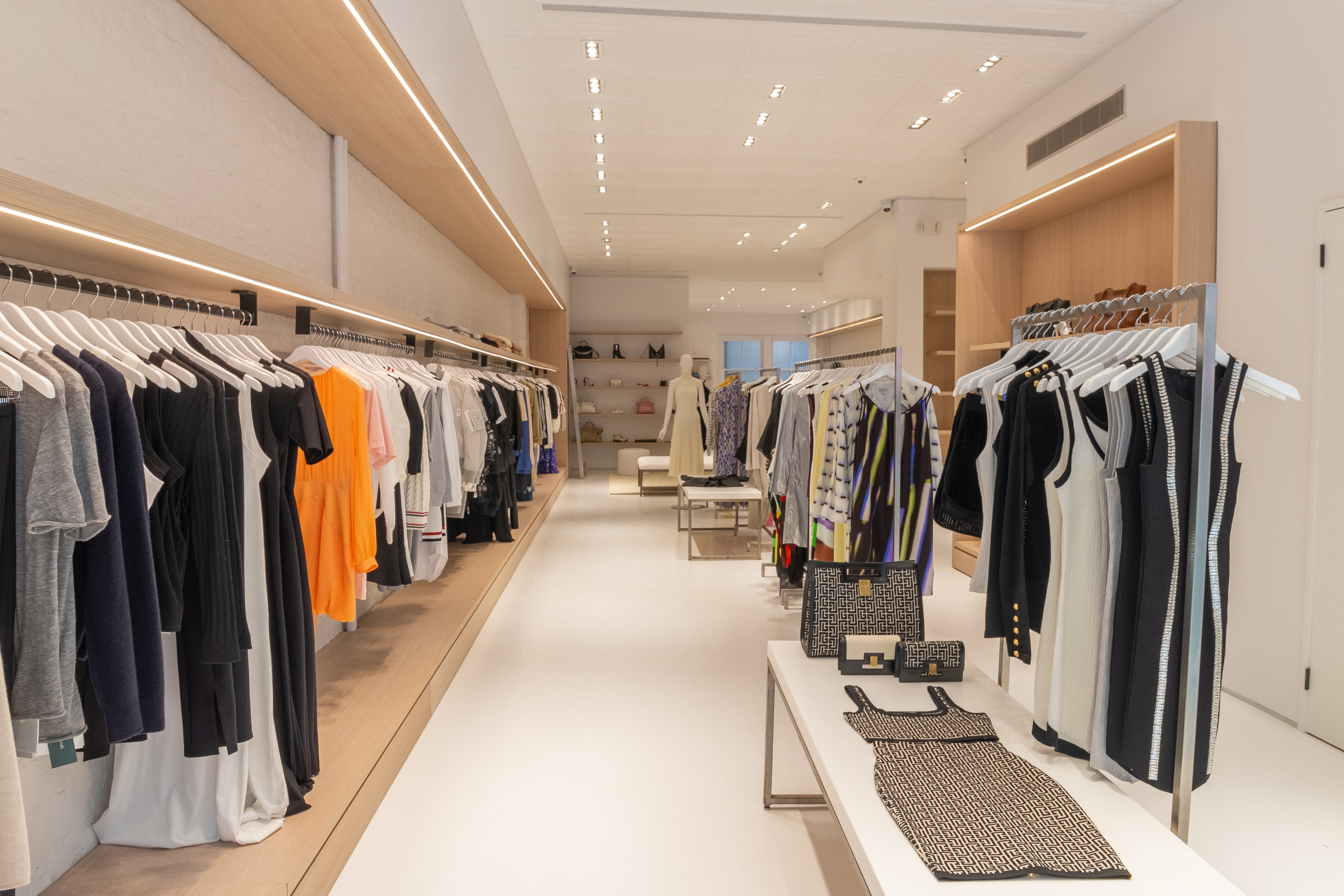 Jack Ma: Chinese tycoon appears in public for the first time since October