LONDON — Pietro Boselli, the Italian-born, London-based polymath and founder of the eco-friendly activewear brand Petra, has been navigating lockdown by keeping busy with projects, and has a dizzying number on the go, from a launch at Harrods to a YouTube fitness show with TechnoGym, and a documentary series about the power of reason.

A former runway model with a Ph.D. in engineering, Boselli has also been squeezing in some editorial, working with Tommy Hilfiger and fronting the July/August 2020 issue of Italian GQ, as Michelangelo’s David.

Posing as a masterpiece of Renaissance sculpture might have been ambitious for some, but not for Boselli, who crunches abs as easily as he does numbers, stats and data. Such is his love of mathematics that Petra’s logo is the symbol for Pi.

The man who counts 2.7 million Instagram followers even appears n the Petra campaigns, the latest of which was shot in Death Valley and in the mountains of the Eastern Sierra. Boselli is photographed alongside the fitness model Tessa Greiner in the campaign, which was shot by Ollie Ali. 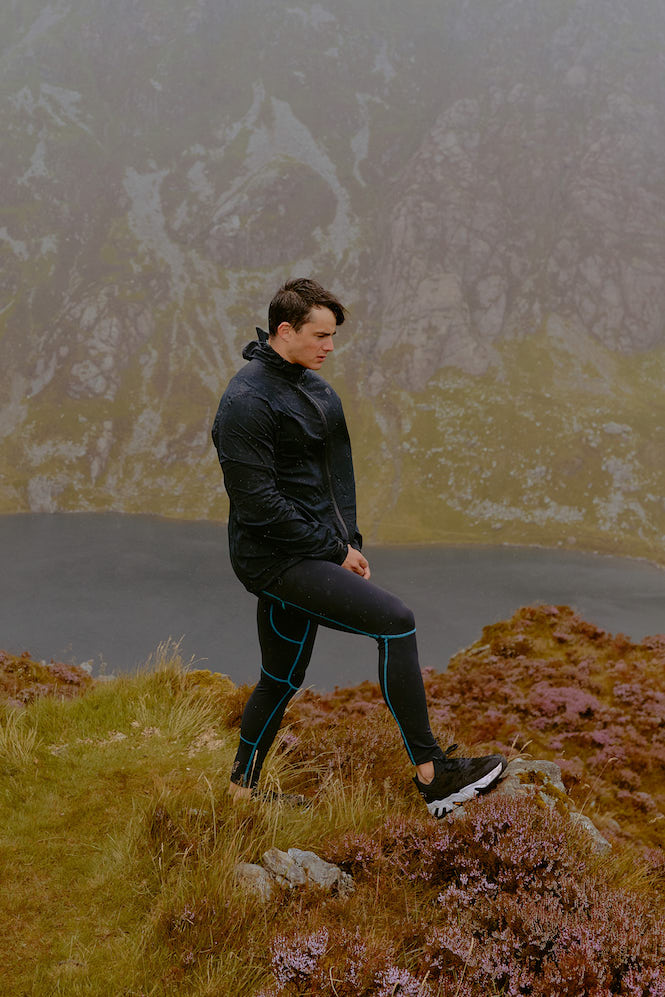 Petra, which Boselli founded in 2018, already sells through the brand’s e-commerce site petra.design, and is making its physical debut at Harrods this week, on the men’s wear floor alongside brands such as Lululemon, Rhone and Iffley Road.

Petra is landing at the store a few days before England’s second lockdown begins on Nov. 5. The timing is unfortunate, but Boselli is taking it in stride, and hoping — like every other brand owner and retailer here — that stores will reopen, as planned, on Dec. 2.

In an interview at the former Ladurée, now called Harrods Tea Rooms, Boselli said the upscale, engaged and environmentally aware Harrods customer is the ideal demographic for his collection, which is stylish, minimal and made with a sustainable edge. “And we wanted our entry into the retail space to be as high-end as possible,” he said.

In the two years since he started Petra, Boselli said that fitness has evolved from a trend into a cultural shift, due in part to COVID-19, which “has been teaching people the importance of incorporating fitness into their lives,” and staying active.

His 34-piece collection is made in Italy, with technical, performance fabrics and recycled nylon and polyester; bio-pile; organic cotton, and ultra-sustainable viscose.

Boselli focused on making those pieces as luxe — and useful — as possible, with invisible pockets for phones and headphones; raw-cut edges; microperforations on shirts, and lightweight weaves for double-layer running shorts. 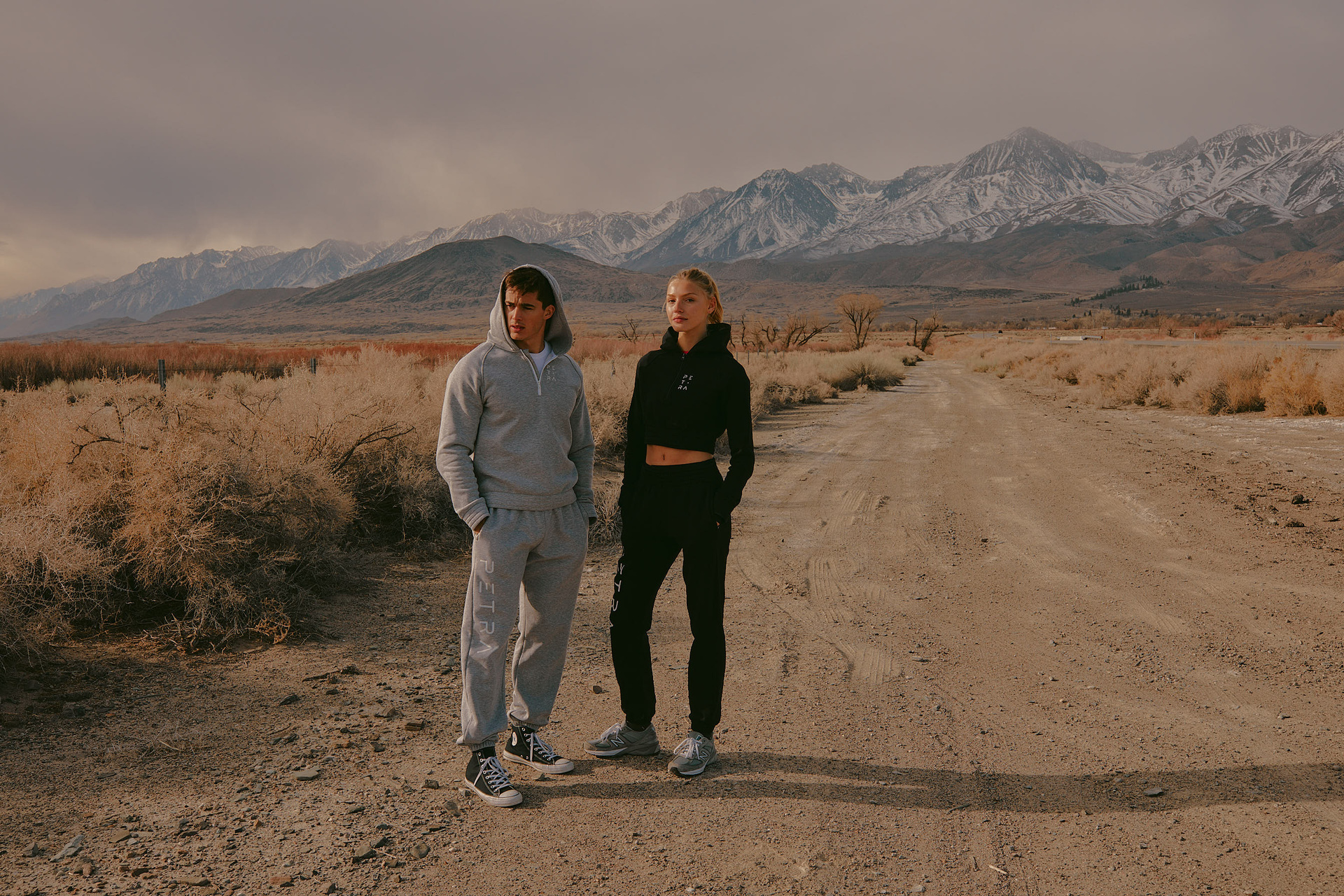 Prices for the overall collection, which also includes women’s wear, range from 75 pounds for swimming briefs to 195 pounds for workout shorts and 395 pounds for the all-weather shell jacket and technical hoodie.

The aim, he said, is to appeal to people who are actually working out, and who want a more “boutique and unique” product.

As he pushes Petra forward, Boselli is also working with TechnoGym on a series of YouTube programs called “Strength Science” that will look to demonstrate the human mechanics behind physical training. He plans to start filming next week. The series is a follow-on from his popular YouTube series from a few years ago called “Exercise Anatomy,” where Boselli demonstrated workouts and highlighted the muscle groups involved.

The new program, he said, “won’t have any narration, but there will be so much content — infographics, screen displays, diagrams and images of exercises,” said Boselli, who’s hoping to release the series by Christmas.

In the longer term, Boselli is planning to do a documentary series called “The Power of Reason,” which will look at how to overcome logical fallacies, or common errors in reasoning. As part of that series, he plans to examine mainstream beliefs about “politicized and polarizing” issues such as artificial intelligence, gene editing, and recycling, and pose questions such as whether organic agriculture is actually better for the environment than chemical fertilizer.

“The driving force of humanity has always been the betterment of everyone,” said Boselli, adding that he also wants to address — in a rational way — the “widespread pessimism” about the human condition, people’s impact on the environment, and the ethical challenges facing the world today.

Earlier in his career, Boselli taught Ph.D.-level mathematics at his alma mater, University College London, and traveled the world advising companies and educational institutions on how to stay relevant in times of change and rapid technology.

Asked during the interview about the politics around the COVID-19 pandemic and the decisions by European governments to lock down to varying degrees, Boselli acknowledged that it was a very difficult moment, “and the main problem is that people are not fully trusting of governments’ decisions. They’re not so sure if [all the sacrifices] are worth the effort. People’s freedoms are being curtailed to protect the safety of a few, and the questions remain: ‘Who benefits?’ and ‘What’s the political motivation behind the governments’ decisions?’” he said.

‘There Was No Mercy’

British Airways reaches deal in principle with some Heathrow staff