NEW YORK (Reuters) – Stocks across the globe rose on Wednesday following data pointing to a recovery in manufacturing and on bets for a COVID-19 vaccine, while the risk-on mood pushed the U.S. dollar lower. 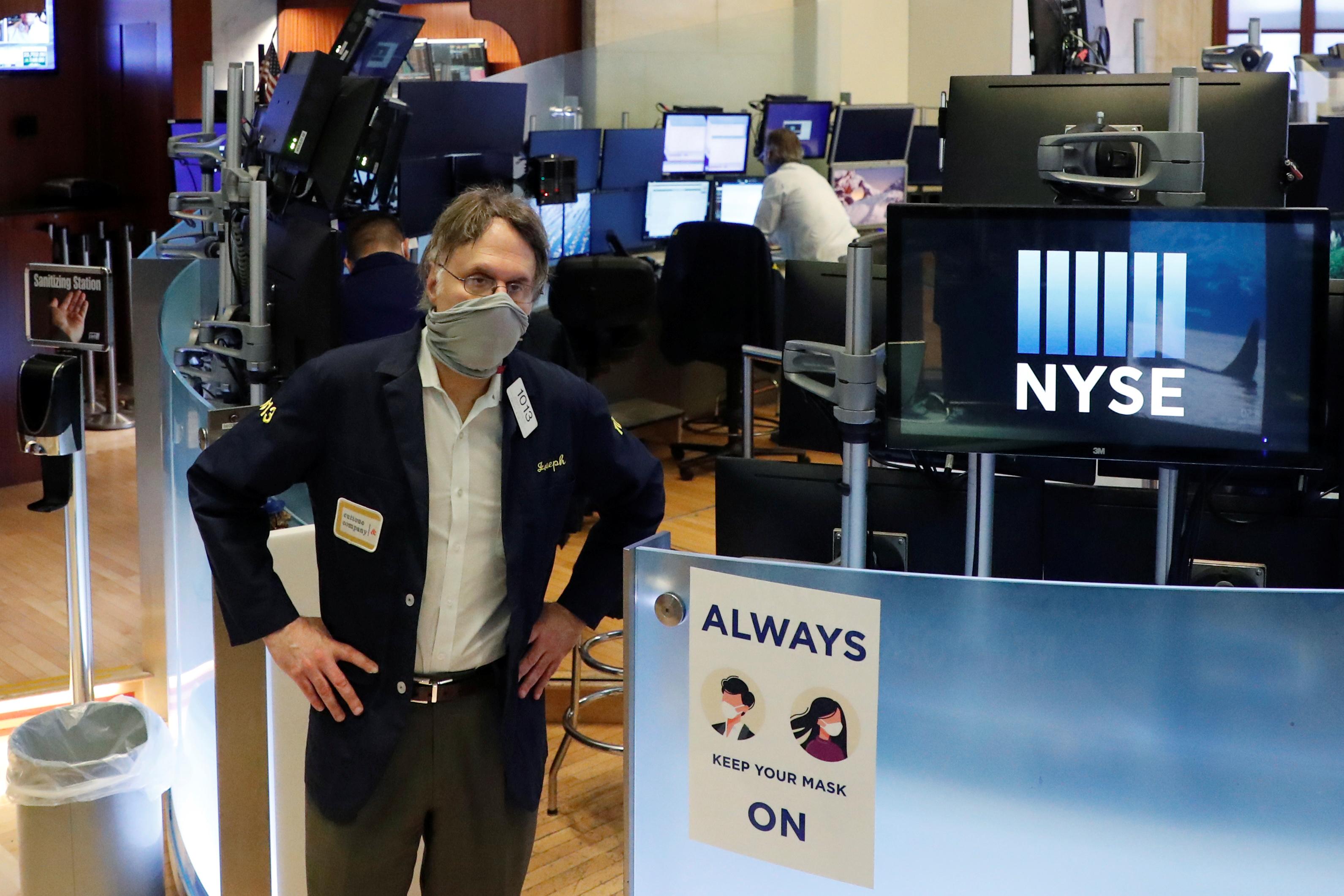 Germany’s manufacturing sector contracted at a slower pace in June, while activity in the United States hit a 14-month high. French factory activity rebounded into growth, and activity in China’s factories offered further signs that the world’s second-largest economy may have passed the worst of the devastation caused by the pandemic.

On Thursday, the market’s focus will be on the U.S. non-farm payrolls report for June.

Pfizer shares jumped 3% after a COVID-19 vaccine developed jointly with Germany’s BioNTech was found to be well tolerated, the fourth early-stage drug to show promise in human testing.

The news comes as a Reuters analysis showed coronavirus cases more than doubled in 14 U.S. states last month and fears are growing that the case-load could prompt fresh lockdowns.

“Pfizer news was certainly an impetus for the market to move even higher but in general it is this very positive momentum, looking beyond this re-spreading of the virus, looking beyond that to eventual treatments, eventual vaccine and eventual safe openings of the economy,” said Tim Ghriskey, chief investment strategist at Inverness Counsel in New York.

For a graphic on World financial markets in 2020:

The stronger data and vaccine news weighed on the dollar, which has been bid on days when traders have been less risky.

“There’s definitely a risk-on tone to the market, which continues to bet on the fact that we’re past the worst point of COVID. But I think the jury is still out on that judgment,” said Boris Schlossberg, managing director at BK Asset Management in New York.

“There’s a significant risk of reclosing some of the states. There’s still a lot of risk-off flows, and the dollar could be the beneficiary of those flows,” he added.

The global rise in manufacturing activity put a bid under energy prices, also supported by a bigger-than-expected drop in U.S. crude inventories.

“Largely we are moving forward in the way of demand and not backward, despite the negative view of coronavirus cases rising,” said Tony Headrick, energy markets analyst at CHS Hedging.