The Democratic nominee is seeking to balance experience and diversity in preparing a team for a potential administration if he wins in November. 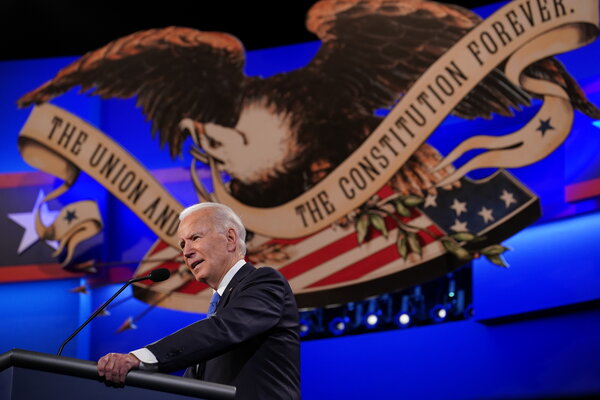 By Jim Tankersley and Jeanna Smialek

WASHINGTON — If he wins the presidency, Joseph R. Biden Jr. will inherit an economy struggling to recover from its steepest plunge in decades. His economic team will need to help workers and businesses survive a pandemic winter, while developing policies to address the racial and income inequalities the crisis has exacerbated in the labor market.

Assembling that team would force Mr. Biden to balance competing impulses. He wants to surround himself with aides who have experience battling past downturns — a talent pool that is overwhelmingly white, male and centrist. But he also wants to stock his administration with advisers who represent the racial, gender and ideological diversity of the nation and his party better than previous administrations.

Allies inside and outside Mr. Biden’s sprawling network of informal economic advisers say there are signs that, even as Mr. Biden looks to familiar names from his White House years with President Barack Obama, his potential administration is on track to include far more economists of color, women and progressive economic thinkers than Mr. Obama’s initial team, which was stocked with establishment white male economists.

“You’d like a team that has kind of been to war,” said Stephanie Kelton, an economics professor at Stony Brook University who served on a task force when Mr. Biden became the nominee but is not currently an adviser to the campaign.

But Ms. Kelton, an increasingly important voice on the progressive side of the party, said it’s important to find people who realize that mistakes were made after the 2008 recession, because “it took seven years to claw back the jobs that were lost. We can’t afford that again.”

Robert E. Rubin, a former Treasury secretary under President Bill Clinton, who remains a leading voice among centrist Democrats, said Mr. Biden would be facing “the most daunting set of challenges that any president has faced since F.D.R. He needs people who are experienced, who are well equipped to deal with that.”

The nation is mired in a so-called K-shaped recovery in which some people and businesses have thrived as companies shifted to remote work and consumer demand skewed toward goods over services. Other workers have fallen into prolonged unemployment and a wave of small businesses have shuttered or are close to doing so. Mr. Biden’s allies have stressed that he will need to address that damage should he win the presidency.