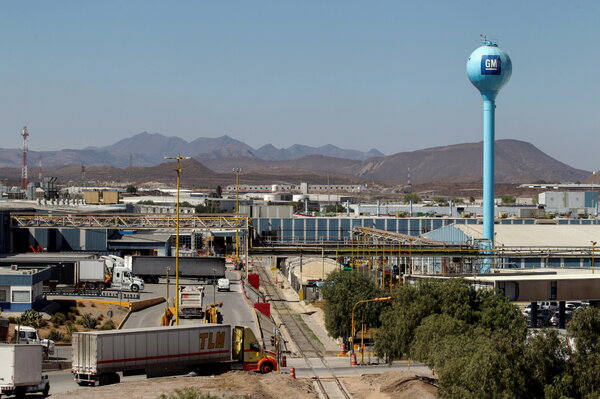 General Motors said on Thursday that it would restart four North American plants that had been idled for much of the last four months because of the global shortage of computer chips.

The announcement comes after the company and other automakers have spent much of the last few months announcing they were idling factories and slowing production because they could not get enough of the tiny parts, which are essential to not just cars but also electronics, appliances and many other goods. Shares of G.M. jumped on the news and were trading up more than 2 percent at 1 p.m.

The automaker said it planned to restart production of the Chevrolet Camaro at its Lansing Grand River factory in Michigan on June 21, sooner than previously expected. The plant has been idle since Feb. 5. Production of two other vehicles, the Cadillac CT4 and CT5 sedans, will restart a week later.

A Canadian plant that makes the Chevrolet Equinox sport-utility vehicle will resume operations June 14 and run through July 2, when it will begin a normal two-week summer shutdown. The plant, know as CAMI Assembly, has been closed since Feb. 8.

Two G.M.’s plants in South Korea are also scheduled to resume full production by the end of May. The Bupyeong 1 plant has been operating at 50 percent capacity since late April, while the Changwon assembly plant will also add a second shift.

G.M. has said the semiconductor shortage will lower pretax profit this year by $1.5 billion to $2 billion. It earned $3 billion in net income in the first quarter but expects to make only $500 million in the second.

The company appears to be weathering the shortage with fewer problems than Ford Motor, which has said the lack of chips could reduce its production to just half as many vehicles in the second quarter as it had previously planned.

Uber worker rights: A day late and a dollar short