PARIS (Reuters) – A French court on Friday rejected Amazon’s (AMZN.O) appeal against a ruling that restricts what it can deliver during the coronavirus crisis, handing a victory to unions which had criticised the U.S. e-commerce giant’s safety measures.

Amazon must limit deliveries in France to IT products, health items, food and pet food, the Court of Appeal in Versailles said, upholding a previous order for the firm to curtail shipments while it improves its health protocols.

The decision is a blow for thousands of small businesses that sell through Amazon, and comes as firms across Europe are trying to figure out how to let staff safely return to offices and factories once coronavirus restrictions are eased.

But unions behind the claim hailed the verdict as a “David against Goliath” moment, at a time when Amazon is seeing a surge in demand but also facing labour unrest on both sides of the Atlantic over its handling of deliveries during the pandemic.

“Just because this is a giant U.S. company, it doesn’t mean it should not have to make efforts during this crisis. It is not above the law,” said Laurent Degousee of France’s Sud union.

The ruling “is also a warning to other companies, whether they are still operational or not, or looking to restart their activities,” he said.

Amazon’s six warehouses in France, where goods are packed up and dispatched, have been shut since April 16, after the initial court ruling last week curtailing the scope of deliveries.

The U.S. group had argued that defining essential goods such as health products was too complex and that it did not want to risk fines. It has suspended activity at the warehouses until April 25 inclusive and gave no immediate update on operations on Friday.

“We’ll evaluate the consequences of this decision for our business, our employees, our customers in France, and the many small and medium-sized companies that rely on Amazon to grow their business,” Amazon said.

The Versailles appeals court said that for every delivery Amazon shipped which did not meet its strict criteria on basic goods, the company would face a 100,000-euro ($108,000) penalty.

Worker unions said they were negotiating with Amazon to try to find a compromise, including health protocols they are satisfied with, so that operations can resume – albeit with fewer staff deployed at once.

Staff had complained that warehouses were too crowded, making it hard to respect safety distances.

Amazon has said its measures were adequate, and that it had made hand gel and face masks available to workers.

The spat has accentuated losses for some French businesses that were still managing to sell and ship through Amazon.

“It’s been horrendous,” said Yannick Jan, whose stationery company on the outskirts of Paris has been trying to handle 600 orders a day from its own premises, rather than the usual 80, since the Amazon warehouses shut.

Jan’s monthly sales were already on the wane due to the pandemic. Skyrocketing shipment costs were now eating into margins, he said, after he resorted to more expensive delivery firms, including the French postal service.

Some 10,000 third-party French vendors sell though Amazon’s site and many use its logistics too.

Amazon has frozen some storage fees for French vendors. 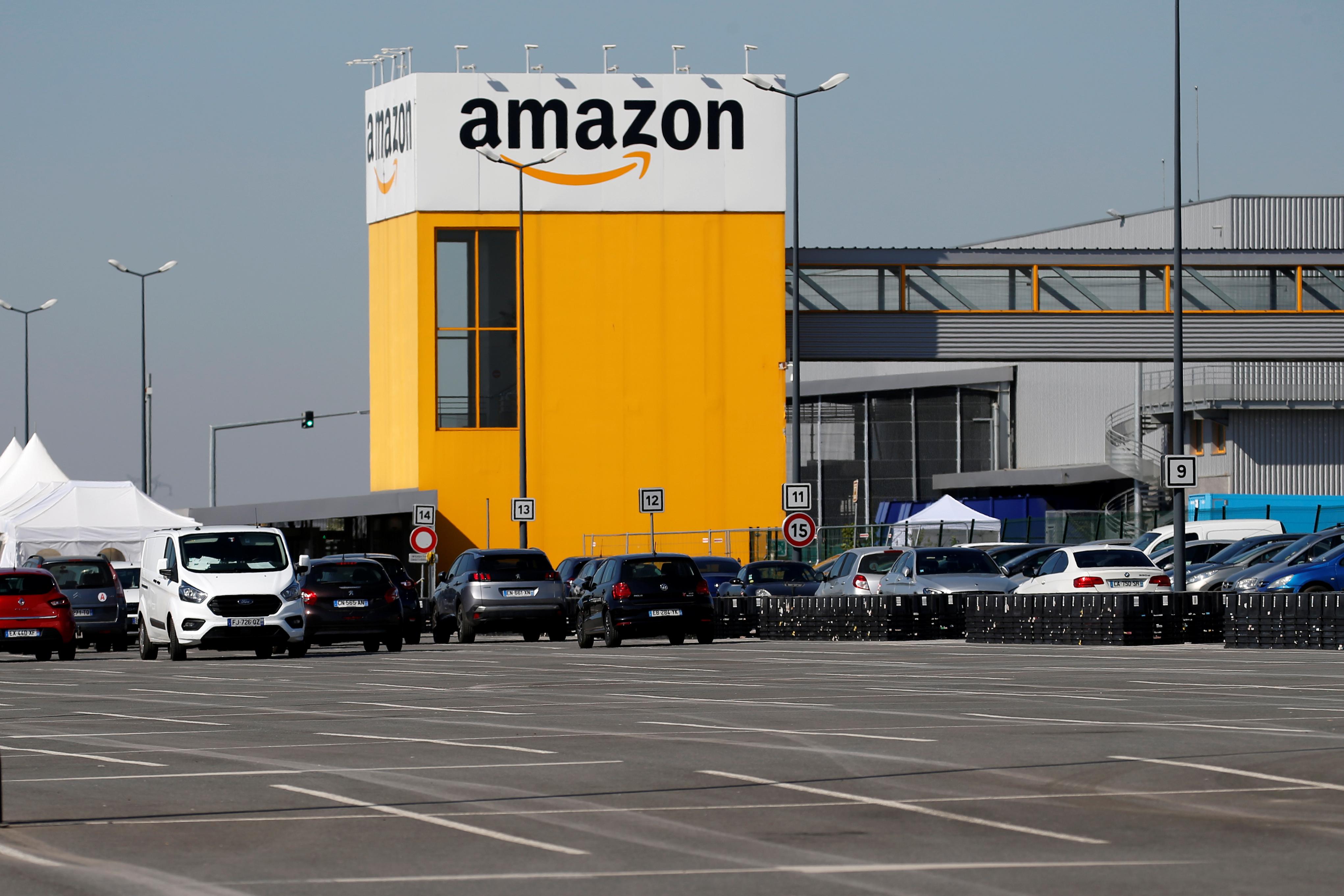 Sylvain Flipot, who sells goods including riding saddles and dressing-up costumes across Europe through Amazon, said much of his stock had become stranded in Amazon’s sites.

His business, Ponera, had offset some of the hit from the coronavirus crisis with sales of hygiene products like soaps. But his French revenues have fallen 80% since the warehouses shut, and exports are tricky.

“We’re sending some goods to an Amazon warehouse in Germany,” Flipot said. “But it’s costing four times as much, and there are long delays.”