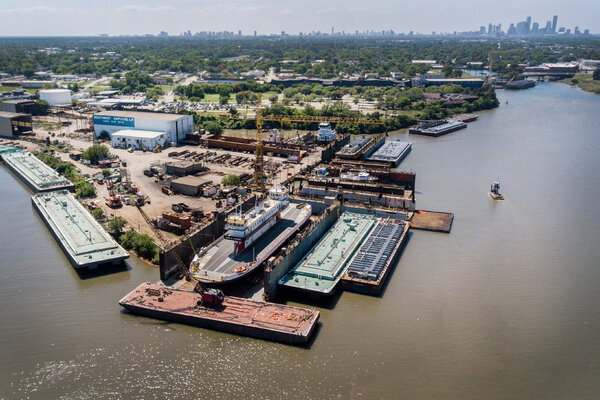 HOUSTON — Under growing pressure from investors to address climate change, Exxon Mobil on Monday proposed a $100 billion project to capture the carbon emissions of big industrial plants in the Houston area and bury them deep beneath the Gulf of Mexico.

Exxon, the largest U.S. oil company, wants to create a profit-making business out of the capture of carbon emitted by petrochemical plants and other industries. But its plan would require significant government support and intervention, including the introduction of a price or tax on carbon dioxide emissions, an idea that has failed to attract enough support in Congress in the past.

The company already captures carbon, which it injects into older fields to produce more oil. Exxon now wants to use its expertise to store the carbon dioxide generated by other industries. But without a price on emitting carbon, many businesses would have little financial incentive to pay Exxon to capture and store their carbon.

The Obama administration failed to enact a cap-and-trade system, which raises costs for polluting companies by forcing them to buy tradable permits to release greenhouse gases into the atmosphere. California, the European Union and 11 states in the Northeast use versions of cap-and-trade. Other governments, including British Columbia and Britain, have imposed a per-ton tax on emissions.

Exxon wants to capture carbon from industrial plants along the Houston Ship Channel and pipe it offshore where it would stored up to 6,000 feet below the Gulf of Mexico. The effort would be paid for by industry and the government, and would eventually store 100 million tons of carbon annually — equivalent to the emissions of 20 million cars, according to Exxon.

The company has discussed its idea with national and Texas policymakers and Republicans and Democrats in Congress, Exxon’s chief executive, Darren Woods, said in an interview. “They see the opportunity and appeal of this idea,” he said. “The question is, how do you translate the concept into practice?”

Exxon said its proposal complements President Biden’s climate efforts, but it would require the administration to embrace a price on carbon, something it has not done.

“The concept of a price on carbon is critical,” Mr. Woods said. “There has to be a way to incentivize the investment.”

Offshore storage has already gained traction in Europe, where governments have put carbon prices in place and lawmakers are more willing to spend taxpayer money to address climate change.

Mr. Woods said that, given the right policies, carbon capture projects could be a major business for Exxon around the world. “The potential for these markets is very, very large to the extent that demand continues to increase to decarbonize society,” he said.