Home » Business » Explainer: No one really knows how many Americans need unemployment benefits

(Reuters) – Another 1.9 million people filed for unemployment benefits for the first time last week, according to data released by the Labor Department on Thursday, marking 11 straight weeks in which millions of Americans have filed claims for jobless benefits. 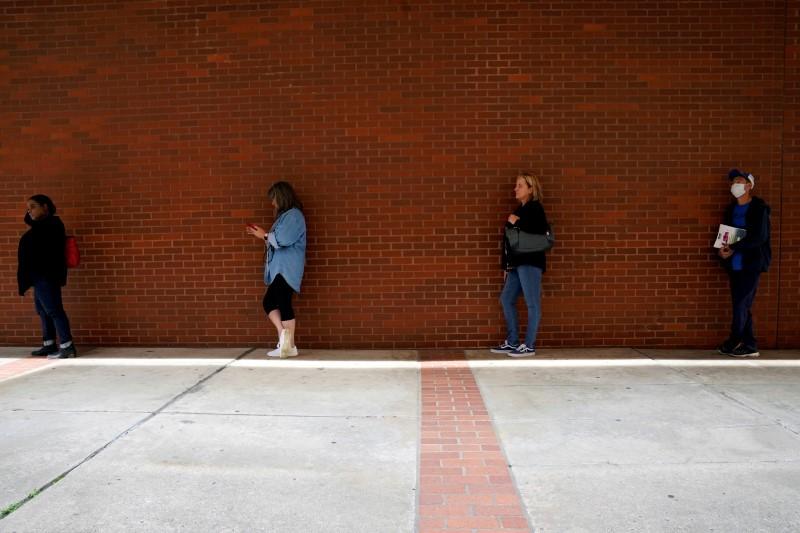 But as the economic crisis from coronavirus-related shutdowns continues, it is becoming more difficult to keep track of exactly how many newly out-of-work Americans are receiving or waiting for unemployment benefits, analysts say.

National “unemployment insurance weekly claims,” reported every Thursday by the U.S. Department of Labor (DOL), and often referred to as “jobless claims,” are a key indicator of the health of the U.S. economy. The figure impacts federal budgets and capital flows, and has been a way to gauge the toll of the pandemic on the country’s 160 million workers.

But the simplest way to calculate that impact – tallying up the number of initial unemployment claims filed each week since a national emergency was declared in March, for a total of 42.6 million – is increasingly flawed, analysts say.

“The more time goes by, summing up initial claims gets a little dicey,” said Heidi Shierholz, senior economist and director of policy for the Economic Policy Institute.

Another way to figure out who needs jobless benefits could be to focus on the number of people who are currently receiving benefits and those who have applied recently, said Shierholz.

By that measure, 37.2 million Americans were either receiving benefits or applied over the last couple of weeks, she noted. But this approach can be incomplete, too. Some states, including California, only require people currently receiving benefits, known as continued claims, to file every other week.

Confusing things even further is the new Pandemic Unemployment Assistance program, which offers benefits to workers like ride-share drivers, who do not traditionally qualify for unemployment benefits.

Many states did not get this program up and running until April or May, and there was no data on the programs for 15 states and the District of Columbia in the most recent claims report from the DOL.

That’s despite the fact that many states are tracking how many people have applied for and received these benefits on their public state websites.

There is typically a lag when states report figures on unemployment assistance programs launched during major disasters, said Michele Evermore, a policy analyst with the National Employment Law Project. “I can see where that would be compounded by dealing with the unusual level of new claims,” she said.

Kansas, for example, started paying out PUA benefits the week of May 25 and said it reported numbers to the DOL. Its figures, however, did not appear in the weekly report. Georgia’s labor department said the staff is working on a program to report the benefits to the federal government, while Arizona and Florida said the information has not shown up in the national report because they are only required to report it once a month.

Nonetheless, the number of Americans filing for jobless benefits each week is still in the millions, suggesting the economy continues to experience fresh shocks from the pandemic.

“Most of this is new unemployment and that’s really striking,” said Julia Coronado, president of MacroPolicy Perspectives and a former Fed economist. “It’s still really bad.”

Wall Street set for gains at end of blistering week