LONDON (Reuters) – Goldman Sachs is closing its easy access savings business to new customers in Britain from Wednesday, after deposits surged to near regulatory limits during the coronavirus lockdown. 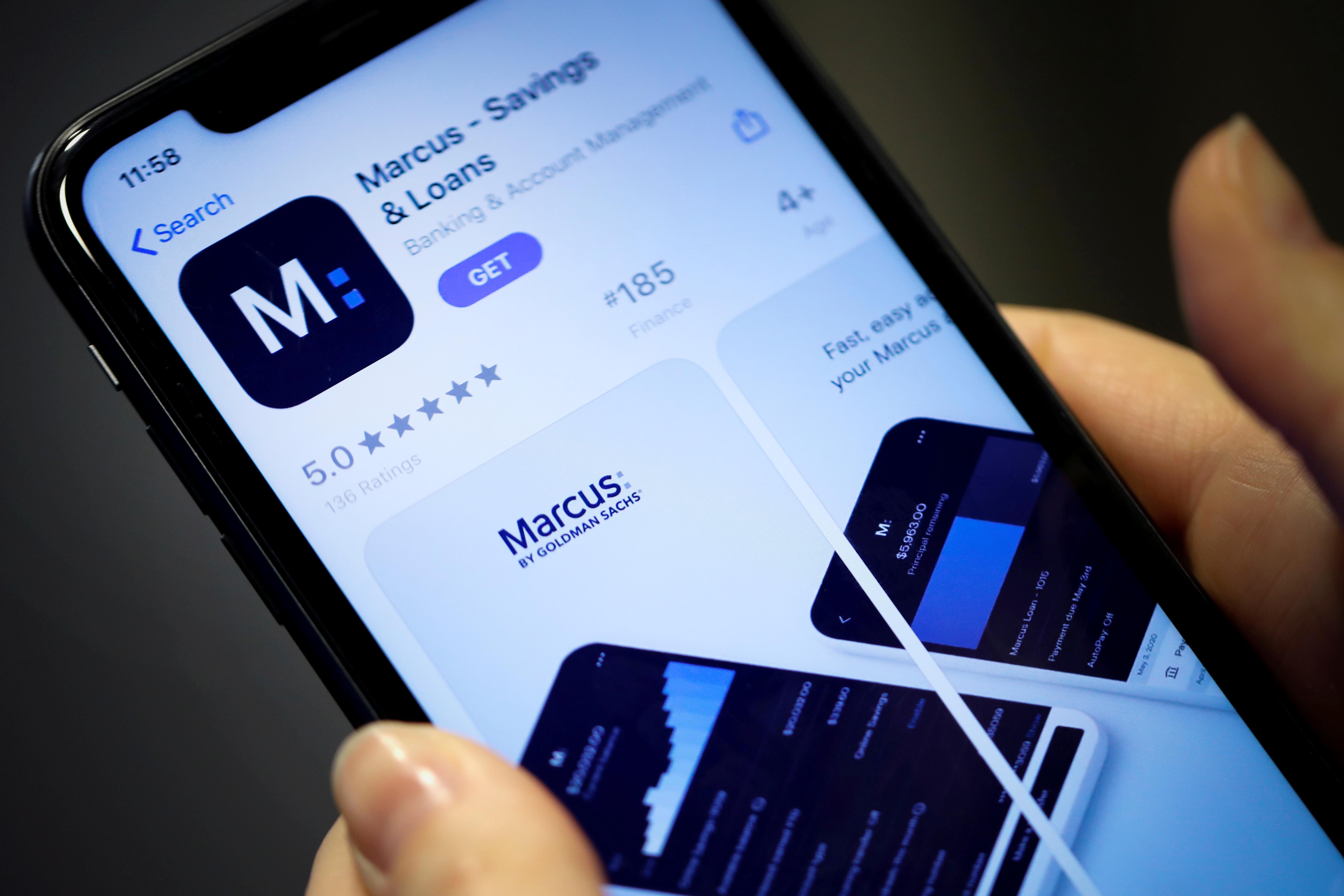 The British arm of digital brand Marcus, which pays market-leading rates to savers starved of meaningful cash returns, has attracted around 21 billion pounds ($27 billion) from more than 500,000 savers since its launch in 2018.

However, British banking rules demanding “ring-fencing” of retail deposits totalling more than 25 billion pounds have prompted its executives to take steps to manage its growth.

“We’ve really seen our growth accelerate under lockdown as people hold off on discretionary spending and take time to reorganise their finances and get the best deal for their money,” Des McDaid, head of Marcus UK, told Reuters.

Ring-fencing would require Marcus in Britain to become a separate legal entity with its own board and limit how much capital it could share with the rest of Goldman’s businesses.

“Separating Marcus financially and operationally from Goldman Sachs (GS.N) would be a significant change to our low-cost business model which allows us to pay consistently competitive rates to existing savers,” McDaid added.

Several British bank executives have said the brand named after Marcus Goldman, co-founder of the Wall Street investment bank, is one of the most potent “disruptors” in the market.

An analysis last month by think-tank New Policy Institute estimated that British households had cut their spending by some 57 billion pounds since lockdown began on March 23.

McDaid said Marcus had seen inflows of more than 8 billion pounds from around 100,000 new account holders since February, suggesting a significant slice of household income is being saved.

Marcus has helped Goldman diversify into consumer banking and provided billions of dollars of cheaper deposit-based funding to fuel its investment banking activities.

Goldman was committed to the retail savings market in Britain and was on track to launch an app and tax-efficient Individual Savings Account this year, McDaid said, adding that its 12-month fixed rate account was still open to new savers.

Goldman’s decision could represent a blow to millions of savers in Britain, with the move seen likely to cut competition and reduce matching pressure on other banks.

Marcus remains open for new accounts in the U.S. where as of Q1, total deposits stood at more than $50 billion, up from $42 billion at the end of 2019.