BOSTON (Reuters) – Citadel, the Chicago-based hedge fund giant led by billionaire Ken Griffin, has so far weathered the coronavirus market storm well, turning a slight profit in its flagship Wellington hedge fund for the year through Monday, according to a person familiar with the situation. 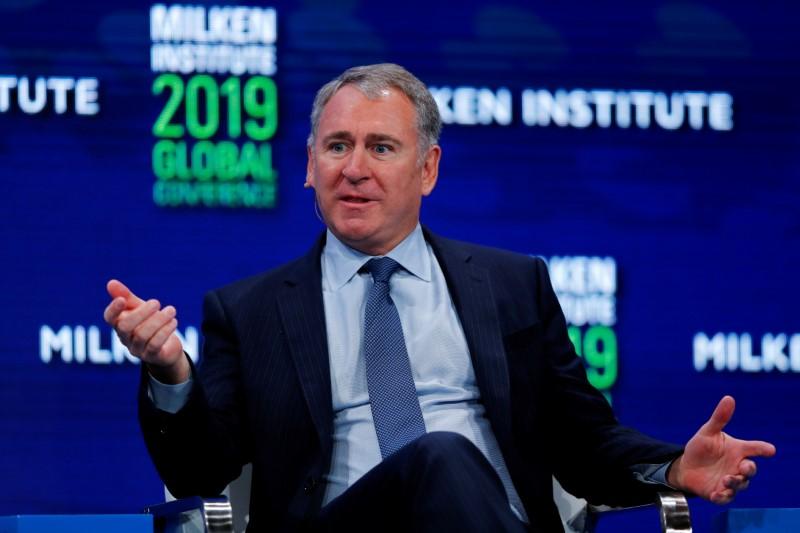 The fund, which practices a so-called multi-strategy array of bets on stocks, bonds, commodities and other securities using teams of traders, was as of Friday down 5.25% for March, the person said, who requested anonymity because the information is private. The exact year-to-date gain, which is net of fees, was not finalized.

By comparison, Goldman Sachs’ prime services division estimated that the average equity-focused hedge fund is down 15.5% for the month through Thursday, with average year-to-date losses at nearly 16%.

Citadel’s multi-strategy competitors are still down for the year amid the coronavirus-led market rout. Millennium Management LLC’s main hedge fund is down about 4.3% for 2020 through March 20, while Schonfeld Strategic Advisors LLC is down about 15% through March 16, according to people briefed on the returns.

The exact drivers of Citadel’s relative outperformance were unclear. The Wall Street Journal previously reported that Citadel’s fixed-income portfolio recently lost hundreds of millions of dollars, in part from so-called basis trades on pricing gaps between U.S. Treasuries and futures, although those unrealized losses were recovered within days. The Citadel Global Fixed Income Fund is now positive for the year through Monday, the person with knowledge of Citadel said.

Citadel showed it was thinking about coronavirus and its market impact relatively early.

On Feb. 6, Griffin called the coronavirus “probably the most concrete short-run risk we see in the financial markets globally” during an appearance at The Economic Club of New York.

Citadel had three days earlier announced that its executives had mobilized $7.5 million to support relief efforts in the United States and China, including more than $1 million in medical supplies to a hospital in hard-hit Wuhan.

The firm recently set up the Citadel Relative Value Fixed Income Fund, according to a March 13 filing with the U.S. Securities and Exchange Commission (SEC), a bid to take advantage of new market volatility.

Citadel has placed an emphasis on risk management since the last financial crisis, when its main funds lost 55% over 2008 and were forced to temporarily limit client withdrawals.

Its website touts “a quarter of a century establishing risk management as a core discipline” and a global risk management center in Chicago, anchored by a 27 foot by 8 foot data visualization touchscreen.

The firm still uses significant leverage, or borrowed money, to amplify its potential profits. A Jan. 17 SEC filing notes regulatory assets under management of about $194 billion as of Dec. 31, 2018, implying leverage of approximately six and a half times Citadel’s $30 billion in invested assets as of February, according to its website.

2020 marks 30 years since Citadel was founded by Griffin, who famously started the firm after trading from his Harvard College dorm room. The annualized return for Citadel’s Wellington fund, launched in 1990, was 18.78% net of fees through 2019, the person said, more than double the S&P 500 Index.