In a sharply polarized environment, Americans saving for retirement are increasingly concerned about politics — those of their financial advisers.

“I’ll get a phone call from one client thinking the world is falling apart, and then another thinking it’s the best time to get into the market — in the same day,” said Robert Schmansky, founder of Clear Financial Advisors in Livonia, Mich.

It has been a year of tumult, because of not only the pandemic but also protests over racial injustice, devastating wildfires and a pitched — sometimes incendiary — campaign season. A June survey by the Pew Research Center confirmed the political divide over the virus: More than 60 percent of Republicans said they believed the worst of the pandemic was over, while one in four Democrats said the same.

Those kinds of issues are increasingly coming up in conversations with clients and prospects, according to Michael Kayes, managing director of investments at Exencial Wealth Advisors near Charlotte, N.C.

While many retirement advisers would prefer to avoid the topic, many acknowledge that political opinions are almost unavoidable these days. “I do think they’re probably trying to find out more about what mine are,” Mr. Schmansky said.

Some advisers lean into the red-versus-blue question. “I’m well aware there must be people out there that looked into me, saw the politics and decided not to invest,” said David Bahnsen, partner in a wealth management firm in Newport Beach, Calif., who has written for The National Review and other conservative media outlets.

“We built our business around the idea that we have a take, that we have a viewpoint,” he said, adding that he gets positive feedback from left-leaning clients who say they value a different perspective.

That said, Mr. Bahnsen does attribute one recent departure to the political divide that has sprung up around the pandemic. “We had a client who expressed that my posture on Covid is the reason they left; it was political to them,” he said, adding that the client believed that the country was opening too soon and that economic catastrophe would follow.

Aside from the coronavirus, the growing national conversation around racial injustice is changing how people shop for a retirement planner.

“Whenever a prospective client reaches out to me, I always ask how they found me, and what I’m getting told is they’re especially doing searches on trying to find a Black financial adviser,” said Zaneilia Harris, president of Harris & Harris Wealth Management Group in the Maryland suburbs of Washington.

“I think the mere fact that they’re seeking out a Black adviser is political,” she said, adding that she observed an increase in prospective clients contacting her beginning in June. “They want to work with someone who looks like them, who understands their specific situation and who can identify with them, their life and their values.”

Angela Randolph, founder of an accounting firm in Houston, wanted to make sure her investments would both sustain her and help her support members of an extended family through her retirement years.

Ms. Randolph, 48, became a client of Ms. Harris’s after an off-putting experience with a national advisory firm left her seeking more personalized service. “I kind of really liked the fact that she was a woman, a Black woman just like me and a small-business owner,” she said. “In choosing the next person I wanted to work with, it was important to me that they’re able to relate to my situation, to my history, my cultural environment.” 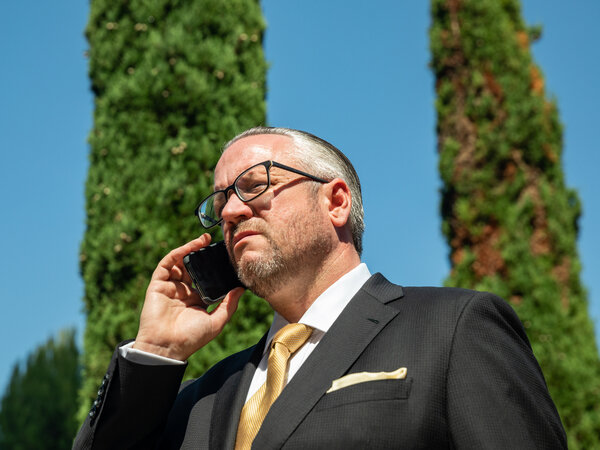 It’s not unusual for people’s political affiliation to creep into their perception of their own personal financial security — public opinion polls show that people who identify with a political party are more optimistic about the nation’s economic outlook when that party is in power — but experts say conflating the two can be risky.

Retirement savers can fall into a “wealth effect” trap, meaning they take their cues from headline numbers like the performance of the Dow Jones industrial average rather than the returns on their own portfolio. The risk is that investors could be too cavalier when stocks are soaring, then be unprepared when they subsequently drop.

The flip side of that tendency is alive and well, too. Often, advisers say, they function as a sort of de facto therapist, urging clients to look at the big picture and not to panic.

“People get scared and say, ‘This is different’; people say, ‘This is so bad for the stock market, I feel like I have to get out,’” said Mitchell Goldberg, president of ClientFirst Strategy in Melville, N.Y. “You have to remind somebody you’re in this for the long term, you’ve already made an asset allocation,” he said. Unwinding market positions in haste can lead to losses, Mr. Goldberg said.

Retirement-planning experts say it’s less important that you have the same 2020 campaign bumper sticker as your adviser than that the adviser be able to articulate why and how events in Washington — tax legislation, regulatory changes, monetary policy and the like — influence his or her investing strategy.

“In my practice, I talk about how changing political winds can impact the economy or the markets,” Mr. Kayes said. “In our business, you have to see all sides — you don’t want to put blinders on.”

Tim Maurer, director of adviser development at the St. Louis-based Buckingham Wealth Partners, said dealing with mounting worries — about the pandemic, the economy and the future more broadly — was increasingly just part of the job for retirement planners.

“We train advisers to navigate discussions with clients that are emotionally driven — and that’s a lot of them,” he said, especially for people who expect to retire soon.

Ducking the question isn’t the answer, advisers say. “There are some advisers that don’t want to talk about politics because they want to be middle of the road, and then what happens is, in some instances, they’re alienating some of their clients who feel it’s really important to talk about,” said David Frisch, president of Frisch Financial Group in Melville.

If you’re tempted to let politics be your guide

Financial advisers discourage people from letting political news cycles influence their retirement planning strategies. Political winds can shift in a short period, sometimes drastically, whereas saving and investing for retirement are a process that takes place over decades.

Investors worried about their adviser’s political outlook can learn more — and hopefully set their mind at ease — with these suggestions.

If you think politics factor into your adviser’s strategy for your nest egg, ask for explanations. A good retirement planner will be able to articulate how the actions taken by politicians can — and can’t — affect your portfolio.

When emotions are running high, resist the urge to dismiss your adviser on the spot — a knee-jerk reaction when it comes to your retirement security isn’t a great idea. Don’t do anything that’s not part of a long-term investing strategy.

Talk to your adviser about how specific economic policies affect your portfolio. Politics might be about people, but your investment decisions should be informed by the ramifications of, say, bond-buying or tax-code changes.

Try to keep an open mind. A different viewpoint from one you hold might give you valuable insight for your long-term savings goals.

If you want to integrate your political views more directly into your retirement planning, some advisers suggest working with someone who has knowledge and expertise in E.S.G. (environmental, social and governance) investing strategy.

President Trump said early Friday that he and the first lady had tested positive for the coronavirus, after he had spent months playing down the severity of the outbreak.

Many rules have changed during the pandemic, making it harder to figure out how to cast your ballot. This interactive guide can help you ensure your vote is counted.

Keep Up With Our Coverage

Get an email recapping the day’s news