Following a slow rollout of rules governing opportunity zones, a program Congress approved three years ago to encourage investment in low-income neighborhoods, developers have pumped billions of dollars into the zones nationwide, even in the midst of the pandemic.

The program has drawn myriad detractors, including critics who charge investors are using it simply to avoid paying taxes. Others point to a lack of transparency that makes it tough to gauge whether the investments are making a real impact on communities.

The Trump administration has resisted providing much federal reporting or oversight, but some states and cities are using the initiative to help steer investment into their underserved neighborhoods and track how much residents are benefiting from it.

“There will be developers who make a bunch of money building fancy apartments, there’s no doubt about that,” said P. David Bramble, a managing partner for MCB Real Estate, a developer based in Baltimore. “But investors are providing capital to projects in low-income areas that they otherwise would have ignored because of demographics. That’s a win.”

The opportunity zone program, which was part of the Tax Cut and Jobs Act of 2017, allows investors to defer capital gains taxes and receive other tax benefits for making equity investments in real estate and operating businesses in underinvested areas.

The Economic Innovation Group, a public policy organization based in Washington, has identified 186 real estate and business investments in opportunity zones in the United States, but the ability to track all projects taking place is limited. The group notes that there is congressional support to create a method of collecting more comprehensive opportunity zone investment information at the federal level.

But as the number of projects has grown, so has skepticism about whether they are aligned with the interests of the low-income communities or just a tax dodge.

Some zones simply don’t require an incentive to attract developers, said Brett Theodos, a senior fellow at the Urban Institute, a nonprofit policy and research organization based in Washington.

“There are some promising elements to the opportunity zone incentive, primarily tapping a new pool of investors that historically hasn’t been engaged in these communities,” he said. “But the program is often being used to produce higher-end apartments or developments like industrial real estate in communities that are largely able to access capital already.” 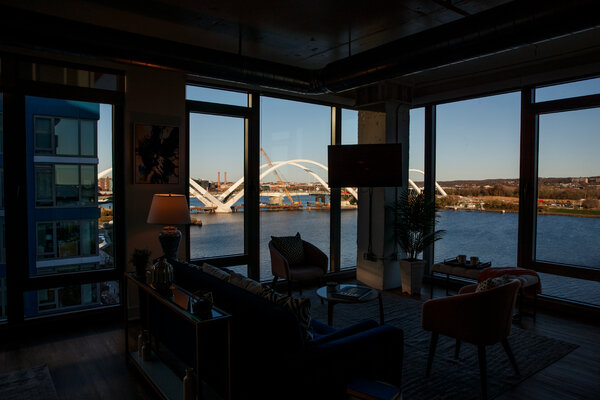 He added that the vast majority of investments thus far have been in real estate versus businesses: Of the 186 investments that the Economic Innovation Group identified, about 145 are in real estate. Ultimately, experts say, the ability to bring permanent jobs through operating businesses to low-income areas could have a greater positive community impact than a new apartment tower.

But proponents are pushing back against the criticism, saying the opportunity zone program is needed to attract real estate funding to underserved areas.

“When we make investments, we look at impact. And in this case, we’re taking an old, 500,000-square-foot abandoned building, giving it a second life, and bringing people into the area,” said Mr. Tillman, whose firm is raising $250 million for its second opportunity zone fund. “We’re also bringing in a school that lost its lease elsewhere. All of that has a positive impact on the community.”

The project, being developed by the Model Group and the Cincinnati Center City Development Corporation, will feature a mix of 163 affordable and market-rate apartments as well as commercial space, primarily across 16 historic buildings.

“Willkommen showed us what could be done with experienced developers and opportunity zone incentives,” said Karen Przypyszny, managing director for special initiatives with National Equity in Chicago. “It’s a complicated project, but it’s going to make a big impact in a community that’s important to Cincinnati.”

The question of impact has emerged as a central concern among critics and proponents alike. Both want detailed information on the number and amount of opportunity zone investments, as well as on the creation of jobs, affordable housing and other benefits that they fuel. This summer, the White House estimated that $75 billion had flowed into opportunity zones because of the tax incentive, although critics roundly questioned the amount.

The Treasury Department could track the data, but it has elected not to without direct congressional instruction, said Blake Christian, a tax partner with HCVT in Los Angeles who provides accounting services for opportunity zone funds. Still, the program has bipartisan support, and he and others expect lawmakers to address its transparency in the coming weeks.

Some states and cities are trying to track investments and progress themselves, as well as match developers with opportunity zone funds and enhance community participation in the deals. Among those efforts, Baltimore’s economic development agency hired Benjamin Seigel as its opportunity zone coordinator two years ago.

Some 80 projects are in the pipeline in Baltimore’s 42 opportunity zones, Mr. Seigel said. They range from the $90 million redevelopment of Penn Station to the conversion of four abandoned row homes into work force housing and ground-floor commercial space that will be geared toward Black-owned and community businesses.

“We have enough examples at this point to show that opportunity zones are helping projects that either would not have happened or would have taken a very long time to move forward,” Mr. Seigel said. “We’ve also learned that we’re not going to achieve the outcomes we care about by doing nothing.”

In Baltimore’s southeast neighborhood of Greektown, MCB Real Estate has replaced an abandoned paint factory with a $77 million shopping center. The project is the first phase of the $200 million Yard 56 mixed-use development that includes a grocery store as well as a gym, restaurants and other shops. A second phase set to begin construction soon will add more retail, medical offices and apartments.

Mr. Bramble had worked on Yard 56 for years but was struggling to find the financing he needed. When it was included in an opportunity zone, MCB was able to attract capital from a Prudential Financial fund, which helped round out a financial package that included federal and state tax credits, private investors and conventional debt.

“Any real estate deal is hard to do, but deals in underserved neighborhoods are even harder — they typically need multiple layers of financing and incentives, and it takes time to put them together,” said Mr. Bramble, who is working on another opportunity zone development in west Baltimore. “The ability to bring opportunity zone capital to a project is a great tool to have in the toolbox.”

Industry watchers expect lawmakers to continue to tweak rules governing opportunity zones that, in addition to creating transparency, could enhance a community’s role in the projects. And the zones could play a pivotal role in an economic recovery, they say.

That’s especially true as investments in businesses tick up. Those deals had been delayed by the pandemic and the slow rule writing by the Treasury Department, but they offer a much bigger payoff potential than real estate investments, Mr. Christian said.

“A third of my opportunity zone business is on operating businesses,” said Mr. Christian, who is creating an opportunity zone fund to finance the expansion of a manufacturing business, of which he is a co-owner, that converts shipping containers into housing for homeless and low-income earners. “They’re accelerating quicker than real estate projects at this point.”

Nasdaq wants companies to have more diverse boards — or get kicked out.