Home » Business » Coronavirus: Virgin Atlantic files for US bankruptcy in fight for survival

Virgin Atlantic has filed for bankruptcy in the US as part of its bid to survive the coronavirus pandemic that has devastated the aviation industry.

The airline, founded by the tycoon Sir Richard Branson, is seeking protection under a section of the US bankruptcy code, which allows a foreign debtor to shield assets in the country.

The move was linked to a separate court process back in the UK, where the carrier is looking to secure approval from creditors for a restructuring plan aimed at safeguarding its future. 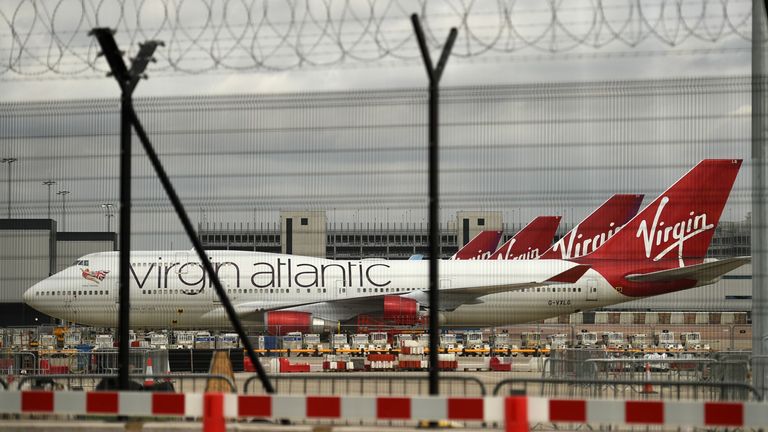 A Virgin Atlantic lawyer said in legal papers that the company needs an order from a US court to make the terms of the rescue deal apply in America.

The airline, which is mainly a long-haul operator, stopped flying in April as a result of the COVID-19 crisis and only resumed flights in July.

As a result, it has closed its operation at Gatwick and cut more than 3,000 jobs.

Sir Richard appealed to the UK government for financial help earlier this year – even saying that he would pledge his Caribbean island resort as collateral for a loan – but was rejected.

Last month, Virgin Atlantic announced that it had put together a deal to raise £1.2bn from private backers, including £200m from Sir Richard’s Virgin Group and support from Delta Air Lines – which owns 49% of Virgin Atlantic.

London’s High Court heard on Tuesday that Virgin Atlantic could run out of money by the end of September if creditors did not approve the bailout package.

David Allison QC, for Virgin Atlantic, told Mr Justice Trower that without a “solvent recapitalisation”, including an injection of new money, Virgin Atlantic’s directors would have “no choice” but to place the company into administration in mid-September 2020 in order to wind down the business and sell any assets, where possible.

He said: “Prior to the COVID-19 pandemic, the group was not in any difficulty at all. The group remains one of the leading airlines in the world and is an icon of British business and aviation.

“The problems that the group now faces are not of its own making but are the result of a global health disaster.”

In written submissions, the barrister said that, “to prevent a collapse into administration”, Virgin Atlantic’s restructuring plan needs to be approved at the beginning of September.

Improving Investor Behavior: Getting back to better

UK ‘could lose £60m a day’ as tourism slumps