“The death of the office is massively exaggerated”, a former government minister has said, insisting most people “can’t wait” to get back to the workplace.

Former transport secretary Lord Adonis said there is “no reason to believe that once the vaccine has come and the pandemic is over, that life won’t return back to normal”.

He was speaking to Sky’s Ian King Live programme on the day that construction on HS2, the controversial high-speed railway, got under way. 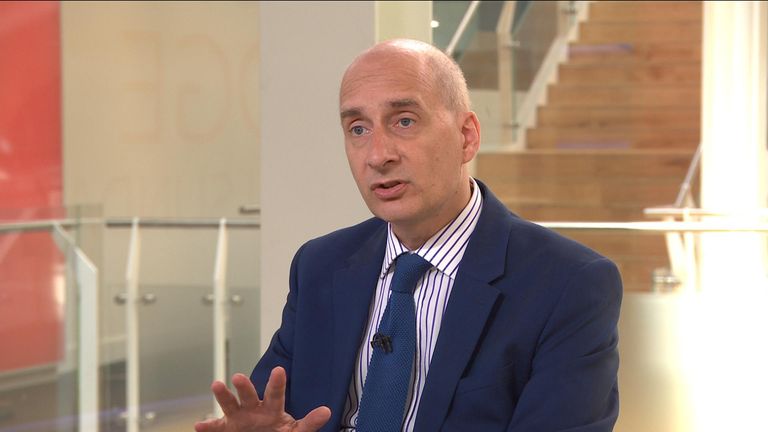 Lord Adonis said: “Once COVID-19 is over, and we’ve got a vaccine and life returns to normal, all the reasons why we needed HS2 – we have a massive shortage of transport capacity between our major cities – that will still be true afterwards and we can’t afford the delay.”

The former Labour minister added: “Of course there is no one on the railways at the moment because there is a pandemic, and we still haven’t got a vaccine.

“But there is no reason to believe that once the vaccine has come and the pandemic is over, that life won’t return back to normal.

“Indeed, all of the evidence is that it will return back to normal.

“If you are looking at the sectors which are already returning back to normal – education and the retail sector – they are behaving just as they were before, and I think it will be the same with the economy at large.

“I think the death of the office is massively exaggerated.

“Most people can’t wait to get back to the office, it’s just that it’s not safe to do so at the moment.”

Working from home, while recommended during the worst of the coronavirus pandemic, is now being blamed for holding back the economic recovery.

Inner city retailers continue to suffer from low footfall as workers stay away from the office, prompting Prime Minister Boris Johnson to encourage people to return to the workplace.

Helen Dickinson, chief executive of the British Retail Consortium, said on Friday that “more should be done to encourage people to travel and reassure them that public transport is safe”.

The Office for National Statistics (ONS) released figures on Thursday showing that the proportion of people working exclusively from home has been slowly declining.

The ONS said: “Over the last two months, the proportion working exclusively from home has followed a steadily decreasing trend.

“In the most recent week, the proportion of working adults who travelled to work reached 57%, its highest level since the series began, after increasing steadily over the last two months.”

Lord Adonis said: “It is particularly problematic for public transport at the moment because the one thing that spreads the disease is proximity to other people, but once that’s resolved, once you’ve got the vaccine, and that can only be months away, life will return to normal and we need this long-term planning for the future, strength and viability of our economy and society, which is what HS2 is all about.”