The boss of aeroplane maker Airbus has warned that it is “bleeding cash at an unprecedented speed” and that its survival is under threat without immediate action.

Airbus recently slashed production by a third to reflect a collapse in demand as a result of the coronavirus crisis but warned in the letter that there could be further reductions.

The company did not comment on Friday’s letter, which was reported by news organisations including Reuters over the weekend.

It comes as Airbus prepares to publish first quarter results this week which will be overshadowed by the pandemic. 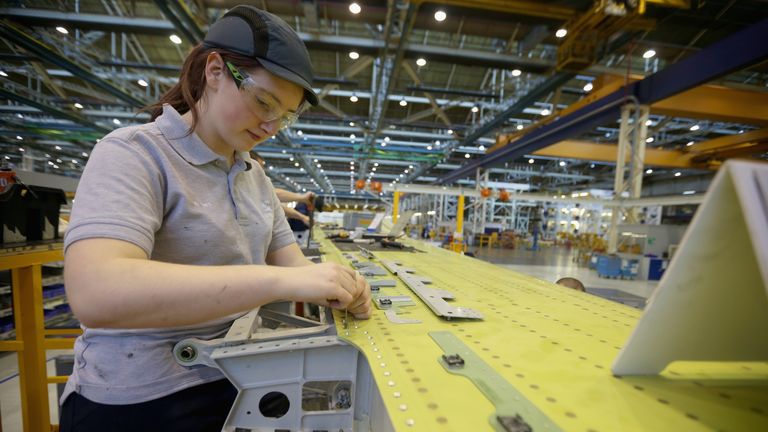 France-based Airbus employs 13,500 workers in the UK, including at sites in Broughton, north Wales and in Filton, Bristol.

Mr Faury told employees across the group that it was exploring “all options”.

It is also understood to be in discussion with a number of countries where it operates to obtain help including state-backed loans.

The airline has already earlier this month revealed big cuts to jet production.

Mr Faury said in his letter: “In just a couple of weeks we have lost one third of our business.

“And frankly that’s not even the worst-case scenario we could face.

“Unfortunately, the aviation industry will emerge into this new world very much weaker and more vulnerable than when we went into it.”

It comes as rival Boeing also looks set to reveal cuts and lay-offs as it faces similar pressures.

The US company, itself already under huge financial pressure because of the grounding of its 737 MAX fleet, announced over the weekend that it was scrapping a $4.2bn tie-up with Brazil’s Embraer, in a move widely seen as caused by the crisis though Boeing cited contractual reasons