LONDON — Prepare for the worst: There may no longer be a queue outside your store in China very soon.

China has been successful in containing the coronavirus throughout 2020 and delivered robust economic growth, and the Centre for Economics and Business Research even predicts China’s gross domestic product may grow 9 percent this year. But a new round of lockdowns introduced Wednesday raises great uncertainty for luxury brands that are looking to cash in during the crucial Chinese New Year holiday shopping season.

Fashion houses big and small have been releasing ox-themed capsules with physical pop-up events at major shopping destinations to tap into the gifting tradition of the holiday as the nation is in the mood for an over-the-top celebration, since most of China was put under some form of lockdown early last year to contain the-then newly discovered COVID-19.

There is a possibility that China will repeat what it did last year to curb the fast-mutating virus. Last week, Shijiazhuang and Xingtai, two cities with more than 17 million people near the capital Beijing, were put under lockdowns with mass testing completed within days. Transportation was shut, shops were closed, weddings and funerals were canceled, and citizens were asked to stay home for a week.

The lockdowns expanded this week to include Langfang, a city on the edge of Beijing, as well as a county in Heilongjiang province. Districts in Beijing itself also shut down.

Streetwear’s Leaders of the New School

It’s reported by The New York Times that in Shunyi, a district in Beijing’s northeast that includes Beijing Capital International Airport as well as rural villages, residents have been ordered to remain inside since a surge of cases just before the new year. At Beijing’s main railroad stations, workers sprayed down public spaces with disinfectant.

The Global Times said after a taxi driver tested positive over the weekend in Beijing, the authorities tracked down 144 passengers for additional tests. Now anyone getting in a taxi or car service in Beijing has to scan a QR code from their phone, allowing the government to quickly trace them. 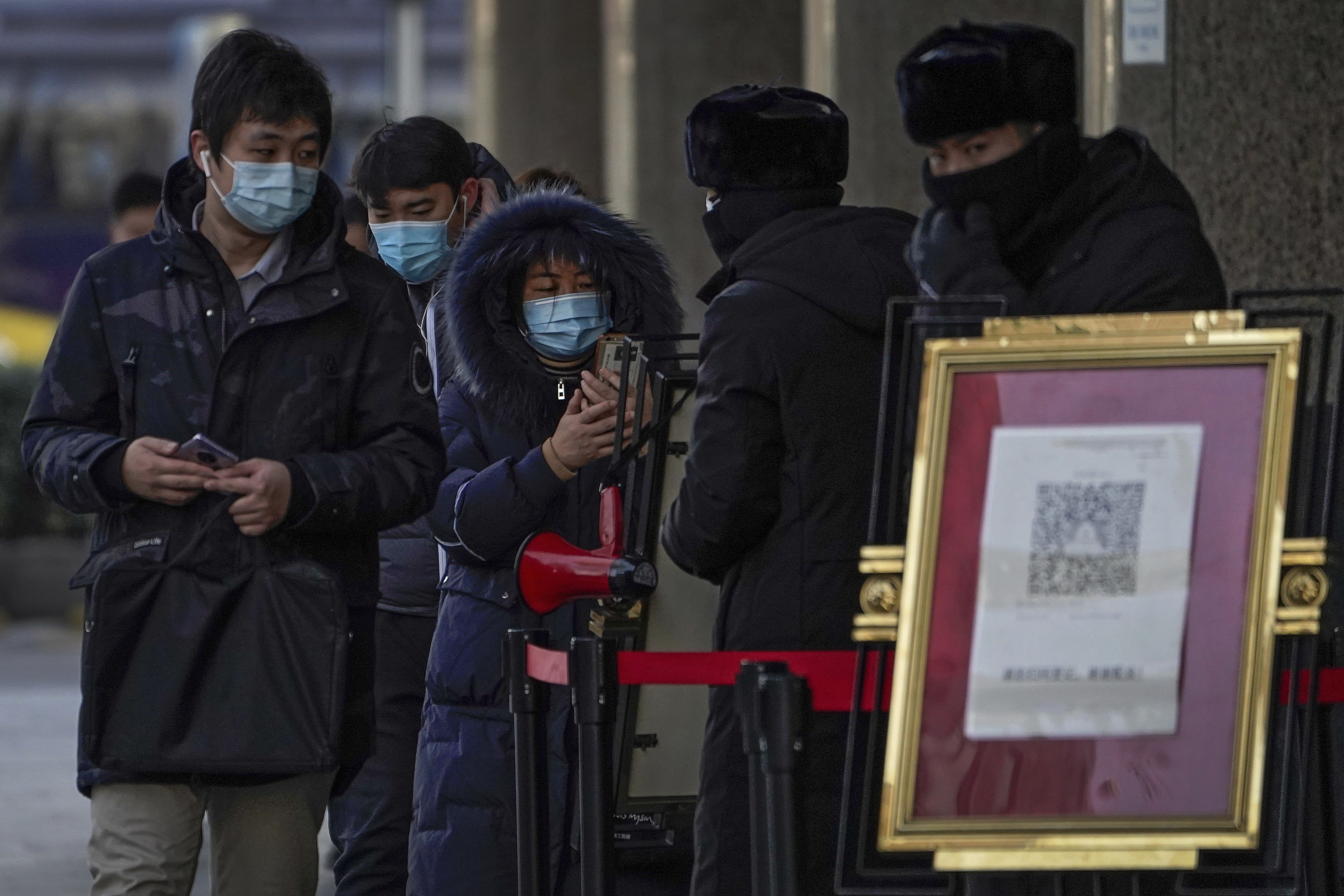 People wearing face masks to help curb the spread of the coronavirus use smartphones to scan their health code before entering an office building in Beijing. AP

The flare-ups so far remain marginal compared to the rest of the world, an average of 109 new cases a day over the past week, and mainly in rural areas. But as Chunyun, which means the Spring Festival travel season in Chinese, is approaching for families to unite across the nation, it won’t be a surprise that more places — such as luxury spending strongholds Shanghai, Shenzhen, Chengdu and Hangzhou — will be put under lockdowns if new cases spring up there.

Some three billion trips were made on average each year during Chunyun. That number was halved in 2020 due to the Wuhan lockdown, as the city sits at the center of China’s transportation network.

The government has already been advising its citizens to celebrate the holiday locally this year and avoid long-distance travel, and track and trace QR code scanning and temperature checks are in place again at shopping malls and busy public areas to prevent potential outbreaks.

But even with China’s advanced e-commerce infrastructure — Bain said China’s annual luxury online penetration increased from about 13 percent in 2019 to 23 percent in 2020 — potential store closures will still be a big blow for luxury brands.

The impact of store closures has been well reflected in the luxury groups’ earnings. Net profits at LVMH Moët Hennessy Louis Vuitton and Kering plummeted 84 and 63.4 percent, respectively, in the first half of 2020 largely because of that.

China’s quick recovery from COVID-19 was the reason behind many brands’ better-than-expected results in 2020. In a business update last week, Prada said the second half of the year 2020, despite the group’s store closures, averaging 9 percent of the network, “saw a progressive recovery in sales,” and the Asia-Pacific area, in particular, reported a strong performance as China showed 52 percent growth. 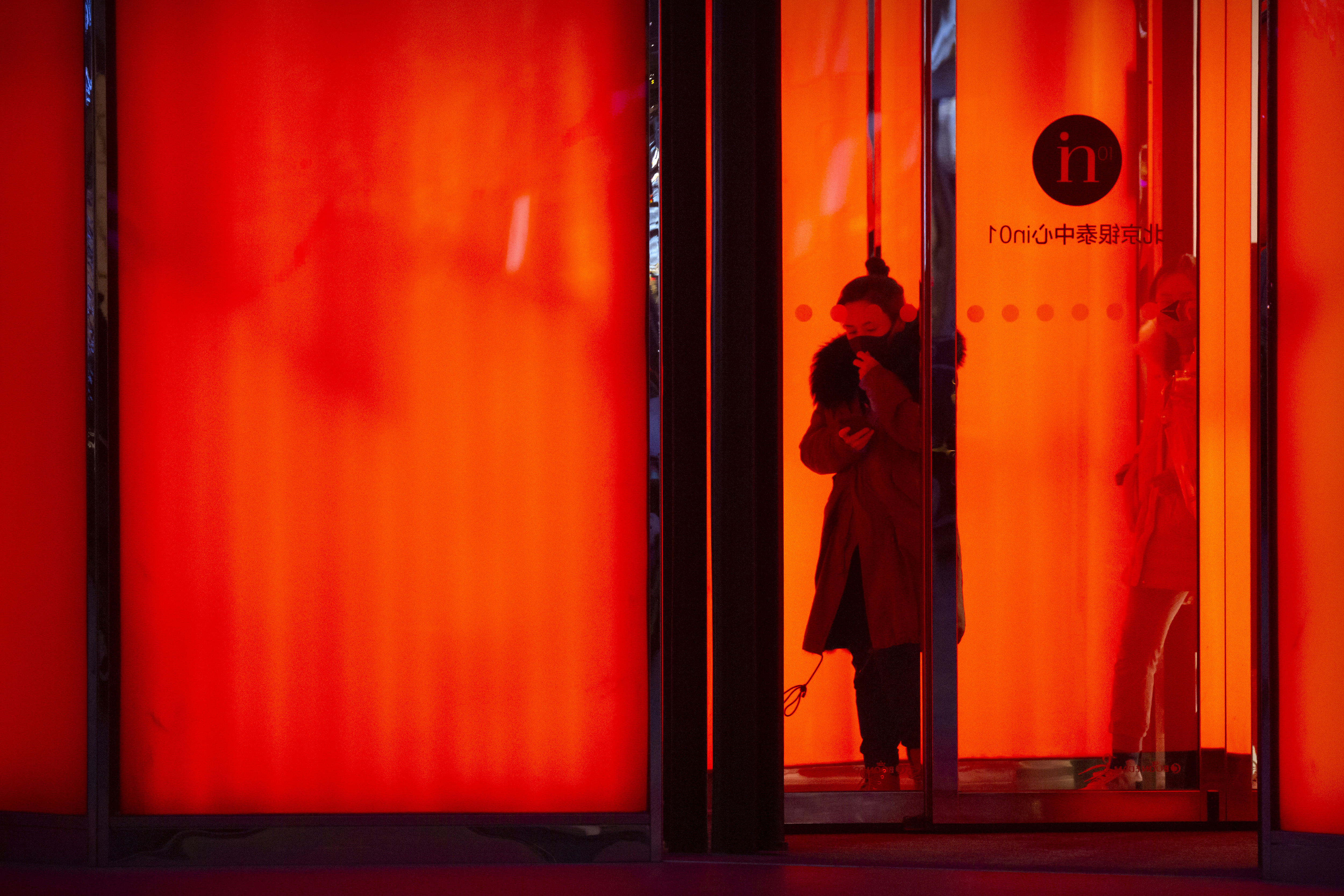 A woman wearing a face mask to protect against the spread of the coronavirus walks out of a shopping mall in the central business district in Beijing. AP

Regardless, brands will need to have a backup plan to respond quickly to the change in lockdown regulations and go into 2021 with a digital-first mentality, in order to continue to find success in the market.

“An integrated approach is absolutely key in China. Chinese consumers are some of the most digitally connected in the world. They are informed and well researched when it comes to brands and products,” Aaron Lau, chief executive officer and chairman at Gusto Collective, told WWD, adding that offline retail is equally important to brands, as it provides a tactile, sensory experience to Chinese customers.

China to the Rescue

Brands Bullish on Year of Ox Holiday Collections in China

Wall Street closes up on signs of economic rebound