President Biden’s picks to lead two important regulatory agencies — the Securities and Exchange Commission and the Consumer Financial Protection Bureau — stressed twin goals of transparency and oversight of powerful interests on Tuesday, emphasizing that those who break laws must be held accountable for their actions.

In a wide-ranging hearing before the Senate Banking Committee, the S.E.C. nominee, Gary Gensler, and the consumer bureau nominee, Rohit Chopra, laid out details of their positions on issues including climate change, stock market volatility, student loans and cryptocurrencies.

Facing questions from Republicans suspicious that Mr. Biden might use regulatory agencies to push liberal policies, the two nominees insisted they would not stretch the power given to the agencies — but were firm about how they would wield it.

Mr. Gensler, for example, defended the need for companies to disclose climate risks and diversity efforts, saying those topics are top of mind for many investors. “I do think diversity in boards and senior leadership benefits decision-making and it’s something I am committed to at the S.E.C.,” said Mr. Gensler.

Republicans questioned whether it was appropriate for the S.E.C. to impose such standards on companies, but Mr. Gensler repeatedly stressed that he was talking about transparency for investors, not directing businesses to take any particular actions.

Mr. Gensler said corporate disclosure rules would come down to “materiality” and what a “reasonable investor” might want to know. He said that standard has largely been developed by the courts, but it has changed over time.

“It’s the investor community that gets to decide” what is material, Mr. Gensler said, not corporations. And with “tens of trillions of invested assets,” he said, they are looking for information on climate risks.

The hearing was milder than expected, especially for Mr. Chopra, who would lead an agency that is often demonized by Republicans. Mr. Chopra is a close ally of Senator Elizabeth Warren, the Massachusetts Democrat who inspired the consumer bureau’s creation, and he is expected to make aggressive use of the agency’s wide-ranging rule-making and enforcement powers, including by forcing companies to pay restitution to consumers they have wronged.

Senator Patrick J. Toomey of Pennsylvania, the ranking Republican, repeated his party’s criticisms of the consumer bureau in his opening remarks, calling it “arguably the most unaccountable agency in the history of the federal government” and one that has pursued an “activist, anti-business agenda.”

But those criticisms were undercut at times by members of his own party. Several times throughout the hearing, Republicans called for stricter oversight of businesses that hurt consumers, especially those that target military service members and the elderly. Senator John Kennedy, Republican of Louisiana, suggested that Congress should tighten the rules on credit bureaus and force them to be more responsive to consumer complaints about inaccurate information on credit reports.

Senators of both parties questioned Mr. Gensler about the GameStop trading frenzy in January, particularly the way brokerages like Robinhood, the online trading platform at the heart of the rally, make money.

Mr. Gensler assured several senators that, under his leadership, the S.E.C. would look into the fallout from the sudden rise and fall in the video-game retailer’s shares and the selling of customer trades — called payment for order flow — that funds popular trading platforms that do not charge commissions. Mr. Gensler said the practice needs to be examined to see if it harms retail investors. 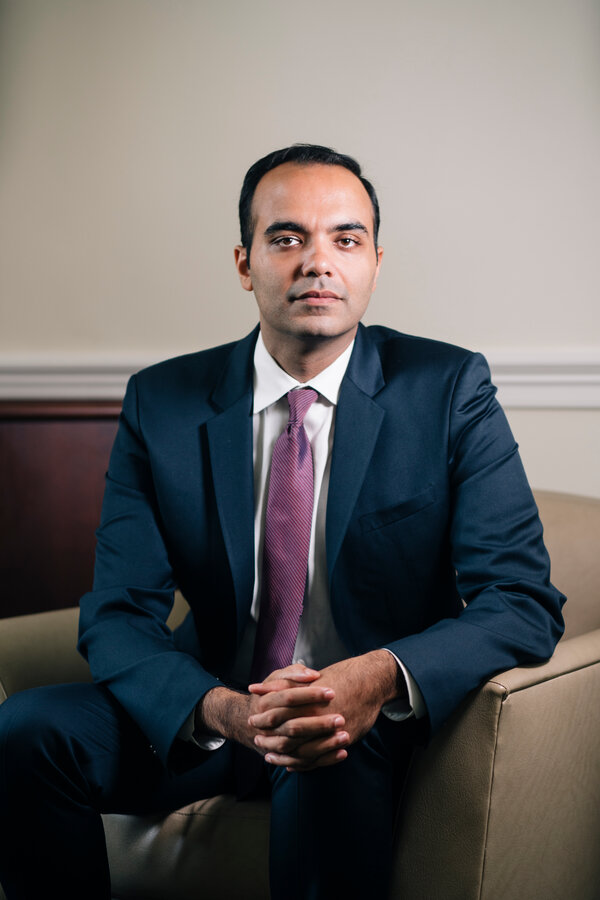 Mr. Chopra, currently a commissioner of the Federal Trade Commission, also discussed popular tech companies, criticizing the F.T.C. for what he felt were lax enforcement efforts. The commission’s 2019 settlement with Facebook over its handling of people’s private information, which included a $5 billion fine, didn’t fix the company’s core problems, he said.

Silicon Valley’s powerhouses will be in the consumer bureau’s cross hairs, he suggested, saying that it would be critical for the agency to “take a hard look” at big tech companies entering the financial services market and to evaluate “the impact on our privacy and our personal data.”

Student loan oversight is another priority for Mr. Chopra, who previously worked at the consumer bureau as its first student loan ombudsman. Some of the issues that plagued the mortgage industry before the housing crash — including rampant servicing mistakes that harmed borrowers seeking relief to which they were legally entitled — have crept into the student loan market, he said.

Mr. Chopra said he would work with the Education Department and state attorneys general to make sure student loan servicers and other industry players follow the law. “It’s very, very critical that we get this right,” he said.

He also said the bureau will need to closely monitor the housing market as eviction moratoriums and other emergency pandemic aid efforts come to an end. The consumer bureau warned this week that 11 million families — nearly 10 percent of U.S. households — are behind on their payments and at risk of eviction or foreclosure.

“We have to be ready for potentially looming problems when it comes to forbearances that might flip to foreclosures,” Mr. Chopra said.

The hearing’s spiciest moment came when Mr. Toomey pressed Mr. Chopra on his past criticisms of lawmakers who had backed changes to curb the consumer bureau’s independence. In a 2016 talk, Mr. Chopra accused those lawmakers of “shilling for predatory lenders,” a statement Mr. Toomey asked Mr. Chopra to retract.

“I regret that, if I said that,” Mr. Chopra responded.

Mr. Gensler, who led the Commodity Futures Trading Commission during the Obama administration and worked for the Senate Banking Committee decades ago, encountered fewer bumps. Republicans shared some of his concerns about fair treatment for small investors and noted his expertise in digital currencies, a topic Mr. Gensler has taught at M.I.T.

“These innovations have been a catalyst for change,” Mr. Gensler said. “Bitcoin and other cryptocurrencies have brought new thinking to payments and financial inclusion, but they’ve also raised new issues of investor protection that we still need to attend to.”

And when Mr. Kennedy asked Mr. Gensler why more people on Wall Street did not go to prison after the financial crisis of a decade ago, Mr. Gensler said he agreed with the Louisiana Republican’s concerns, but noted that the agency he led during the crisis had only civil — not criminal — law enforcement authority.

“Those are questions I share with you,” Mr. Gensler said.

More than two million workers have been without a job for more than six months.