The coronavirus is likely to hasten the end of advertising-driven media, our columnist writes. And government should not rescue it. 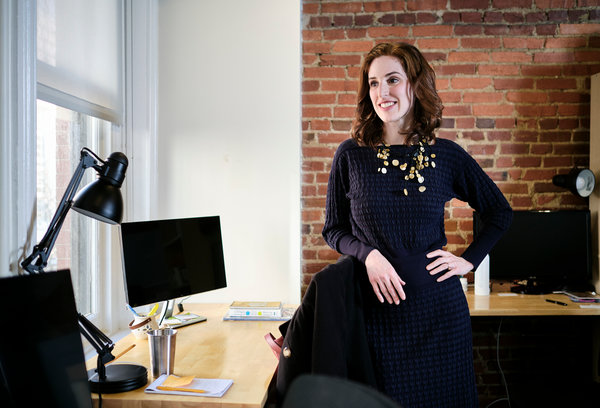 Elizabeth Green was musing the other day about buying 261 newspapers.

You could, this Sunday, purchase Gannett, the biggest newspaper chain in the country, for a mere $261 million — about a quarter of what Michael R. Bloomberg spent on his presidential campaign.

And Ms. Green, a founder of the nonprofit education news organization Chalkbeat, is one of the few people who may be able to raise the money to pull off a deal like that.

But she quickly realized that Gannett, the biggest newspaper chain in the country, wasn’t worth it: Buying it would mean signing up to pay off a high-interest loan from a giant New York private equity firm and relying on an advertising business model that may be in its death throes because of the coronavirus.

It’s a moment of deep crisis for the local news business, which could have been blown over by a light breeze and is now facing a hurricane. But it’s also a moment of great promise for a new generation of largely nonprofit local publications.

The time is now to make a painful but necessary shift: Abandon most for-profit local newspapers, whose business model no longer works, and move as fast as possible to a national network of nimble new online newsrooms. That way, we can rescue the only thing worth saving about America’s gutted, largely mismanaged local newspaper companies — the journalists.

“We need to accept that what local news is today is already dying,” said Ms. Green, 35.

She had that realization 12 years ago when she was a local education reporter. Her newspaper, The New York Sun, went under, and she created a new nonprofit organization to stay on the beat she loved. Now, her vision has expanded. She has co-founded the American Journalism Project, which aims to create a huge network of nonprofit outlets, some organized around subjects like education or criminal justice, others focused on covering a town, a city or a state. She wants to replace the hundreds of local newspapers now owned by hedge funds that are slowly being bled dry.

“We need to keep the values, keep the people, keep the lessons learned — and get rid of the shareholders and get a better business model,” she said.

Ms. Green has been working to expand one obviously needed coverage area, public health, to all 50 states, working with the nonprofit news service Kaiser Health News.

And on the local level, she and John Thornton, the other founder of the American Journalism Project, are working on a new project: backing a nonprofit outlet in West Virginia. It will be led by Greg Moore, a former Charleston Gazette-Mail executive editor, and Ken Ward, a reporter at the paper who won a MacArthur “Genius” grant for his coverage of damage done by the coal and gas industries to people’s lives. The not-yet-named new outlet (candidates include “Mountain State Muckraker”) will begin with a staff of about 10, seven of them journalists, a news team on the same scale as the diminished local paper.

“There’s all this ‘doom and gloom for local journalism stories’ that have happened in the last week or so, and I hope that other people see what we’re doing and understand that the important thing is the journalism — it’s the stories, it’s the investigations — that’s what matters,” Mr. Ward said. He will also be on the staff of the nonprofit investigative powerhouse ProPublica and will have support from Report for America, another growing nonprofit organization that sends young reporters to newsrooms around the country.

The news business, like every business, is looking for all the help it can get in this crisis. Analysts believe that the new federal aid package will help for a time and that the industry has a strong case to make. State governments have deemed journalism an essential service to spread public health information. Reporters employed by everyone from the worthiest nonprofit group to the most cynical hedge fund-owned chain are risking their lives to get their readers solid facts on the pandemic, and are holding the government accountable for its failures. Virtually every news outlet reports that readership is at an all-time high. We all need to know, urgently, about where and how the coronavirus is affecting our cities and towns and neighborhoods.

But the advertising business that has sustained the local newspapers — the car dealers, retailers and movie theaters that for generations filled their pages with ads — has gone from slow decline to free fall.

So the leaders trying to get the local news industry through this economic shock need to confront reality. The revenue from print advertising and aging print subscribers was already going away. When this crisis is over, it is unlikely to come back. Some local weeklies recently shut down for good.

Many of the worthy suggestions for saving the news business dodge this central issue. Margaret Sullivan, at The Washington Post, suggested a broad “coronavirus stimulus plan,” and a column in The Atlantic called for a huge government spending on public health ads. Without careful restrictions, a huge share of that government money will go to doomed newspaper chains for whom a major goal, as Gannett’s chief executive said on his last earnings call in late February, is paying a dividend to shareholders unwise enough to invest in his doomed business. (Gannett executives declined to speak to me for this column.)

So what comes next? That decision will be made in the next few months — by public officials, philanthropists, Facebook (which is expected to announce another wave of local news funding soon) and other tech companies, and people like you.

The right decision is to consistently look to the future, which comes in a few forms. The most promising right now is Ms. Green’s dream of a big new network of nonprofit news organizations across the country on the model of The Texas Tribune, which Mr. Thornton co-founded. There are also a handful of local for-profit news outlets, from The Seattle Times to The Philadelphia Inquirer and The Boston Globe, with rich and civic-minded owners. And there is a generation of small, independent membership or subscription sites and newsletters like Berkleyside.

Hundreds of devoted local journalists will be looking for jobs as soon as they can think about anything other than what the coronavirus is doing to local nursing homes and hospitals. We should be helping them, and paying for them, to build these new institutions, large and small.

Government support, as Report for America’s co-founder, Steven Waldman, suggests, could tip toward the new nonprofit organizations and small businesses. Facebook and Google could focus on backing them, rather than paying them to make YouTube videos. A group of journalists in California is now working on a “Marshall Plan” to push the state’s dying outlets into making “brute-force instant transitions" to a sustainable digital model, said Neil Chase, a former San Jose Mercury News executive editor who now leads the nonprofit CalMatters.

The people who run the big newspaper chains — Gannett, Tribune, the bankrupt-but-ambitious McClatchy, and the ruthless Media News Group — disagree, of course. They argue that the dream of digital advertising on a scale that can compete with Google, an original argument for mergers, is still within reach; and that they can cut and centralize their way to stability.

They also point out that these new models carry real risks of their own, and they’re right about that. I’ve learned first hand. I was chairman of the board of the New York nonprofit newsroom The City as it struggled to get its stories read. I’ve watched my wife build a small news outlet from scratch on the hard soil of local advertising and subscriptions at Bklyner. Newcomers will have to scramble to maintain staffs the size of even the most gutted local newsrooms. And nonprofit journalism can be boring, more attentive to its donors than its audience.

“It’s a bad idea to let government and rich people take over the news business and let the distributors completely off the hook,” said David Chavern, the president and chief executive of the News Media Alliance, the main newspaper industry lobbying group, which represents both chains and smaller local publishers and is seeking government help. (One legacy asset of the newspaper business is having a good lobbyist in Washington.) He argues that the best public policy, and the salvation for his members, is to force Google and Facebook to pay for the news on their platforms.

None of this is settled or easy. The most heated debate in places where the nonprofit news executives gather — these days, mostly an impromptu discussion on Slack — is whether it’s ever safe or ethical to take government funding.

The name of their Slack channel? #apocalypsenow.

Stocks edge higher, but on pace for worst quarter since 2008