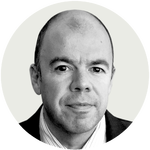 We’re covering the extension of distancing guidelines in the U.S., the growing toll of the coronavirus in New York, and technology companies’ efforts to thwart election disinformation campaigns. 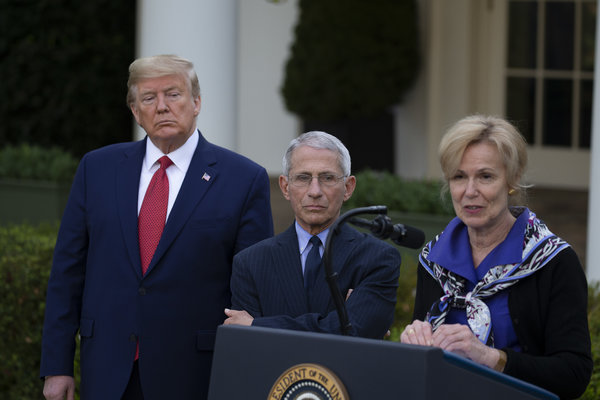 Everyone in the United States must avoid nonessential travel or gathering in groups of more than 10 for at least another month, and perhaps until June, the president said on Sunday. He had earlier expressed a desire to relax the coronavirus guidelines and get the country back to work by Easter, April 12.

Mr. Trump’s announcement came after two of the top doctors advising him warned that as many as 200,000 people in America could die during the outbreak.

Here are the latest updates and maps of the pandemic. The Times, which is tracking all known cases of the virus in the U.S., has made the data public.

We also have a daily tracker showing the virus’s trajectory by country and U.S. state, as well as a look at where Americans have been urged to stay home.

Strict containment measures in the Seattle area, the home of the country’s first known case of the virus, appear to be paying off, although officials warned that the gains could be temporary.

Two of the country’s largest health insurers, Cigna and Humana, agreed to protect their customers from out-of-pocket costs if they need treatment for Covid-19, the disease caused by the virus.

The first of 22 scheduled flights carrying medical supplies from China arrived in New York on Sunday. White House officials said the flights would funnel much-needed goods across the U.S.

Amid calls for more transparency in the U.S., public health experts are debating how much information on the spread of the virus should be released.

Hundreds of thousands of migrant laborers in India have begun long journeys on foot to get home, after being left homeless and jobless by a nationwide lockdown.

Nearly a dozen students at Liberty University in Lynchburg, Va., have developed symptoms of Covid-19. The school’s president, Jerry Falwell Jr., reopened its campus last week after calling the response to the pandemic an “overreaction.”

Catch up: Over the weekend, The Times examined how a delay in widespread testing has set the U.S. back in its response to the pandemic. We also looked at a yearslong effort to address the country’s shortage of ventilators.

The Times is providing free access to much of our coronavirus coverage, and our Coronavirus Briefing newsletter — like all of our newsletters — is free. Please consider supporting our journalism with a subscription.

A city not designed for emptiness

With nonessential businesses shut down and people staying at home, New York is “a city suddenly forced to be everything it is not,” our Metro reporter Corina Knoll writes.

The Times assigned photographers to capture the eerie landscape of a city that no longer bustles.

There are nearly 34,000 confirmed cases of the coronavirus in New York, more than half of the state’s total. Gov. Andrew Cuomo said on Sunday that projections suggested that the crisis would worsen.

“The Daily”: Today’s episode is about hospitals that are facing their first coronavirus cases.

Related: New York City’s teachers are faced with a challenge unlike anything in their careers, with 1.1 million public school students relying on remote learning.

Another angle: The outbreak has appeared to slow in the suburb of New Rochelle after strict measures, including a containment zone, were instituted. A Westchester County man who was the state’s second confirmed case of the virus has been released from the hospital, Mr. Cuomo said.

Why China stumbled in containing the virus

Wuhan, the city where the pandemic started, began lifting a two-month lockdown over the weekend, and a number of its malls were set to reopen today.

But China’s narrative about its success in taming the virus obscures early failures to report cases — and squandered time that could have been used to prevent a broader outbreak.

Related: Young people in China, who have long relinquished political freedoms in exchange for jobs and upward mobility, are now challenging the government’s efforts to conceal its missteps.

Another angle: Virus-related disinformation campaigns by China and Russia show how the countries are trying to undermine a shared adversary, the U.S.

If you have 10 minutes, this is worth it

When France sent its forces to confront armed Islamists in Mali, a former colony, their mission was supposed to last a few weeks.

That was seven years ago.

The counterterrorism fight has left more than 10,000 West Africans dead, displaced a million others and left France’s military stuck in the region — just as American forces have been in Afghanistan and Iraq.

Snapshot: Above, tornado damage in Jonesboro, Ark., over the weekend. No one was killed, and measures put in place to thwart the coronavirus appear to have saved lives in an unintended way.

Metropolitan Diary: In this week’s column, a familiar face on the subway, a snack on the go and more reader tales of New York City.

What we’re watching: The first episode of “Pluto Living” on YouTube. “I’m hooked on Pluto the dog, a Canadian terrier dispensing wisdom on toilet paper and social distancing to help the two-leggeds during a time of crisis,” says Tara Parker-Pope, the Well editor. “Laughter is still good medicine.”

Cook: These biscuits call for a few pantry staples, a little sour milk or yogurt and very little mixing.

Listen: Our critics discuss nine new songs, including a 17-minute track from Bob Dylan. Also, “Still Processing” is back, with Jenna Wortham and Wesley Morris.

Read: Paul Theroux on how living through curfew and political upheaval in Uganda in 1966 shaped him as a traveler and a writer.

See: Donald Judd’s puzzle of plywood boxes is “an exercise in vision-sharpening comparative looking,” our critic Roberta Smith writes. It’s at Gagosian Gallery in New York, and you can view it online.

Home schooling amid the coronavirus

Francesca Donner, our Gender Initiative editor, and Corinne Purtill, a journalist in Los Angeles, chatted about managing home schooling during the pandemic for In Her Words. Here’s an excerpt from their conversation.

This week we are trying a loose schedule of schoolwork in the morning and free play in the afternoon. Will it work? I have no idea. All of life is an experiment right now.

FD: In concept, I like that very much. But does schoolwork in the morning need to be overseen by you, or can you leave them to it?

CP: My 9-year-old daughter and I talk the night before about which activities from the school’s suggested list she’ll want to do in each subject area. She’s old enough to be able to tackle most things on her own, and if she has any questions, I’m around. I’m around a lot these days.

At lunchtime, I look over what she’s done, mainly just to make sure she’s been doing something on the laptop besides watching people make slime on YouTube. The afternoon is free time.

FD: And what does free time actually entail?

CP: My daughter can do her own thing. Her little brother, who can’t read yet, needs more attention.

When I’ve got work, I juggle: playing cars while listening to a conference call, setting him up with a project before opening my laptop and when I need to, turning on the TV or handing him my phone without guilt. Some structure is helpful, but I try not to overplan.

Thank you
Sam Sifton provided the break from the news. You can reach the team at [email protected]

P.S.
• We’re listening to “The Daily.” Today’s episode is about the challenge that the coronavirus poses to hospitals.
• Here’s today’s Mini Crossword, and a clue: Coral formations (five letters). You can find all our puzzles here.
• NYT Live invites readers to a conference call with our Opinion section’s philosophy forum, The Stone, at 4 p.m. Eastern today. An editor, Peter Catapano, and the philosopher Simon Critchley will discuss how mortality and hypochondria relate in our new pandemic reality. R.S.V.P. here.