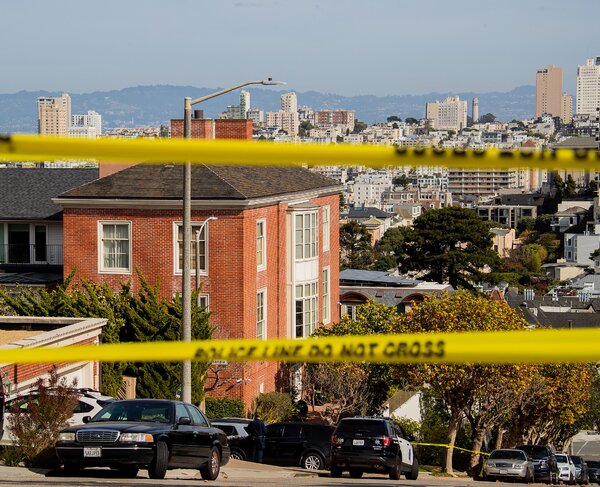 Bret Stephens: Years ago, when I was in high school, my father suffered a cerebral hemorrhage and his recovery took time. So I felt a lot of compassion for John Fetterman when he took the stage in that painful-to-watch debate with Mehmet Oz last week. On the other hand, I wouldn’t have recommended my dad for a Senate seat during his ordeal, and I’m getting the sense that Pennsylvania voters are reaching the same reluctant conclusion about the Democratic candidate.

Gail, you wrote a powerful column on the subject. How do you see the race playing out now?

Gail Collins: Still say vote for Fetterman. I know he lost the debate, but when it comes to the Senate, there’s no point in picking the best debater — the way you might have wanted to back in the day when our senators listened to each other’s arguments and once in a while changed their minds. Now you just need someone who will vote to give the majority to the right party. Nothing he does in office is going to make a fraction of the impact of the basic question: Will we have Republicans or Democrats in charge?

Bret: Isn’t that the same excuse a lot of Georgia Republicans are making for themselves as they hold their noses and vote for Herschel Walker?

Gail: Well, if you’ve got a candidate of strong character versus a totally duplicitous jerk who exemplifies all the worst ways a man can treat a woman then, OK, yes, I guess political loyalties might take a back seat.

Bret: I think voters still need to ask themselves: Is this a person they can be confident is fully fit to serve in the United States Senate? Walker clearly isn’t, which is why I would never vote for him in a thousand years, even though he’d probably support most of the policies I favor. I also think Fetterman hurt himself by not releasing his full medical records, when his health is a legitimate concern. It’s a mistake that may help cost him the election.

Gail: When the Fetterman folks planned out the last part of this campaign they were probably imagining him being much better by now and proving it at the debate.

Didn’t work out. I suspect the medical records would just have reinforced the bad news, or they would have released them. But I’m still going by my basic rule: Vote with a full heart against anyone who would help make Mitch McConnell Senate majority leader again.

Bret: And I say vote for the better candidate, regardless of party. That’s how we get moderate and thoughtful political leaders like Charlie Baker, a Republican, in Massachusetts, or Michael Bennet, a Democrat, in Colorado.

Gail: You will not get me to denounce moderate and thoughtful political leaders. But these days most of those cases are pretty rare. Unfortunately voters’ usual I-have-to-support-somebody dilemma is more like the one we saw last week, and you know my rule.

Now Bret, before we talk about anything else I want to thank you for that wonderful piece on your visit to Greenland.

Gail: Your change of mind on the global warming issue is so important, and while we don’t quite agree on some details — like, um, how to solve the problem — the fact that you made the effort to go there, and then came around in your thinking should really move the debate forward.

Bret: The real hero of the piece is an American oceanographer named John Englander, who brought me to Greenland through his organization, the Rising Seas Institute. He approached me a few years ago with the intention of persuading me rather than just screaming at me. The entire debate on climate would be a lot more constructive right now if there were more Englanders on this planet.

I’m sorry I didn’t persuade you on the solutions-side of the argument. So, you don’t think the free market solves any and all problems?

Gail: Surprise! This is a perfect case of the need for government intervention. You’ve shown how private enterprise can do a lot for Greenland, but the idea of nuclear power and fracking without a lot of oversight is just plain scary to me.

Bret: I’m all for sensible regulations that curb pollution and ensure no corners get cut when it comes to health and safety. But we’ve so overregulated some of the industries we need for a cleaner future that we’ve driven some of them out of business and sent others abroad. For instance, it’s crazy that federal and state regulations make it all-but impossible to mine for rare-earth minerals — which are essential for wind turbines — only to put us at the mercy of countries like China, where health, safety and environmental considerations are minimal.

Gail: Speaking of crazy, let’s talk about what happened last week at Nancy Pelosi’s house in San Francisco. Her husband Paul was seriously injured by a man who broke in looking to get at the Speaker.

Gail: I’m sure everyone in the House and Senate is thinking a lot about this right now, worrying about family members and wondering if political life is worth it. Any thoughts?

Bret: One of my early political memories was the assassination attempt on Ronald Reagan. John Hinckley Jr., the shooter, was obsessed with Jodie Foster and bizarrely thought shooting Reagan would impress her — in a good way. Now we’ve got people pumped up on conspiracy theories, many of them peddled by Donald Trump, Marjorie Taylor Greene, Alex Jones and other despicable folk. I should add there are plenty of fanatics on the left, as Brett Kavanaugh or Steve Scalise can attest.

Speaking of fanatics, any thoughts on Ye, the rapper formerly known as Kanye West?

Gail: You know, back when I was in grade school I was so terrible at singing I was confined to a one-person group known as “the listeners” and banned from being in the choir at Sunday Mass. Never really got any better.

Bret: We have that much in common. I’m so bad at carrying a tune that my kids used to shush me whenever I attempted a good night lullaby.

Gail: Even as a listener, I’m not somebody you’d want to consult on music. But Ye’s antisemitism surge is on a different level and very disturbing to me. The recent column you wrote on it was a terrific reminder of how threatening it is. Have you gotten a lot of reaction?

Bret: A ton. Most of it was positive, and it’s good to see a wave of national revulsion wash over Ye. But too many of the responses were simply frightening. For instance, one reader wrote: “Jews are not anymore criminal or dishonest than any other people, they are simply better at it.”

Bret: We have to reckon with the fact that there is far more antisemitism out there than many people realized, and that it is coming from multiple directions, not just the usual suspects on the far right.

Can I mention two other points?

Gail: Please. This is definitely a key issue of the moment.

Bret: The first is that West’s behavior should not somehow be chalked up to mental illness. It’s unfair to the mentally ill, and I don’t see many people offering that excuse for other kinds of bigots.

Gail: Not unless he checks in for a long stay at a psychiatric convalescent center …

Bret: The second is that West and some of his defenders argue that he’s the victim of cancel culture. Baloney. West has tripled down on his antisemitism. I also presume he signed some kind of standard “morals clause” with his business partners that is written for precisely this kind of outrageous behavior. That’s very different from the sorts of cancellations sweeping through parts of American culture, in which relatively anonymous people have their professional lives destroyed in cases that are frequently ambiguous or entail mitigating circumstances, and for which they are often prepared to apologize.

Gail: We’ve talked a lot about how all the new communications technologies have changed the culture. The sane world is going to have to work out a whole new set of rules. Don’t want to banish everyone who posts one stupid thought. But this stuff still counts.

Bret: Agree. And here’s a suggestion for Elon Musk now that he became the proverbial dog that caught the car by acquiring Twitter: Institute a 10-minute delay for all tweets so that people can retract their dumbest utterances before they become public. Any other examples in mind?

Gail: Well, Blake Masters, the Republican Senate candidate in Arizona, got into trouble — for good reason — when he said gun violence happened mostly because of “Black people, frankly.” But should he be defeated and exiled forever? Well, maybe not if he’d apologized, offered some rational thoughts on the subject of crime and gone on to talk sensibly about other matters. But since none of that happened, I’m definitely up for canceling him.

Bret: There’s a more fitting punishment that I think we can agree on: Make sure he loses the election next week.