Home » Analysis & Comment » Opinion | We’re Living in a World of Walls. Here Is a Window to Escape.

Ms. Krauss is a writer. 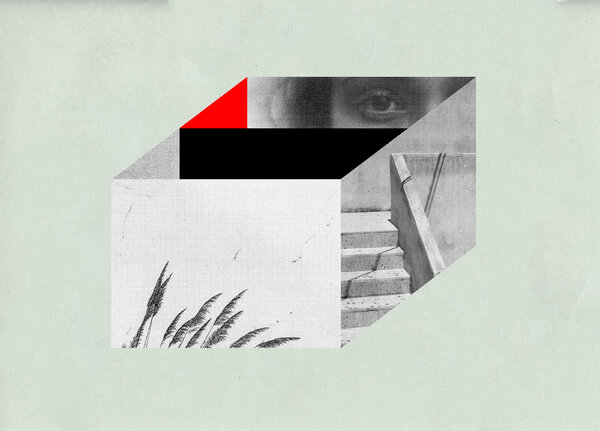 A long time ago, I read of a torture technique that a journalist heard was used by Hamas on residents of Gaza suspected of being informants: The person is shown a wall onto which a staircase is drawn, and at the top is a drawing of a bicycle. The person is told to go up and get the bicycle. But it’s only a drawing, he says. He is told that if he doesn’t bring the bicycle down the stairs, he will be beaten. And when, again, he appeals to his torturer’s reason, to the reality in which both the staircase and the bicycle are drawings, he is hit. At this moment he understands that he has been left alone in a reality he believed was shared. He has been abandoned there, while the others have departed to a new reality in which a person can be tortured for being unable to do what is asked because it is physically impossible. In that same article, there was, as I recall, a photograph of the concrete blocks of the Israel/Palestine wall, on which someone had scrawled “CTL+ALT+DLT.”

Here in Brooklyn, my children no longer attend school and instead are on the sofa rapidly tapping the buttons of their keyboards to bash down a wall in Minecraft. In that medieval landscape of the future, they have built houses for themselves, they own dogs, they have somehow exchanged emeralds mined from a cave for melon seeds and pigs. With whom did you trade the emeralds for the pigs? I ask. With the villagers, they say, distractedly, not lifting their eyes from their screens.

Earlier this week, the older one, mining the internet, dug up an old video of President Trump’s appearance on a late-night show, and since then they have been watching it over and over, unable to control their laughter. In it, the president, who has yet to win the election and become the president, says that in the wall he intends to build on the border there will be “a beautiful, big, fat door,” through which people will enter the country. In the years since the airing of this late-night appearance, very many people have been told they must enter through this door, even though it doesn’t exist. The part about the beautiful door is funny, but the really funny part, as far as my children are concerned, is when the late-night host gives the future president a chance to apologize to anyone he wants, and the president can’t think of anyone. No one at all? Nope, the president says.

It is winter now, then spring, then summer, and already fall. Those of us with homes have been told to take refuge there, to stay within the walls. As such, no one can reach anyone except via satellite, and our only shared reality is the news, and the numbers of infections and fatalities. A friend, nearing the end of a two-week quarantine with her family in a small apartment in Jerusalem, tells me that once they made it through the first week, her dark mood began to lift. “La’ga’at ba’kir” was the expression my friend used, which means “to touch the wall”: The hardest part of the challenge was behind now, the finish in sight. Later, after we end our call, it occurs to me that at 46 I have almost certainly touched the wall in my life, but have none of the eagerness to be finished that the expression suggests.

I go and read Frost’s “Mending Wall,” since there is time for poetry again. But his spirit of bemused doubt now strikes the wrong note; the poet’s polite acquiescence to his patrician, wall-loving neighbor has lost its New England gentility. It’s not hunters making the holes in walls anymore, as he has it in the poem. It’s the hunted. And mostly they fail to make it through, and instead get crushed up against the walls, as happens in a stampede. There are 26 million refugees in the world and nearly 46 million internally displaced peopled. There is no patience left for this beautiful poem anymore, is what I think, shutting the book and replacing it on the shelf. Not in this burning, ravaged world.

I think of all the ancient walls in the Mediterranean, in the Levant, built to terrace the land, so that it could grow grapes and olives, and which the millenniums have worn down and crumbled, have kicked in like teeth. Not long ago, Reuters reported that the chief rabbi of the Western Wall said that Jews should refrain from kissing its stones, so as not to spread the virus. That there is a chief rabbi suggests that this broken old section of retaining wall, whose holiness is born only of proximity, has more than one rabbi assigned to it. In any case, no one listens to the rabbi or rabbis of the holy wall: Everyone is still putting their lips to it.

The house is quiet. My children are busy trading emeralds for pigs. In a magazine, I encounter the phrase “moral injury.” The article, written by a war correspondent who has reported from conflict zones for 30 years, describes a condition that has come to light in her line of work. A moral injury, as defined by the expert psychologist quoted in the article, is “a wound on the soul, an affront to your moral compass based on your own behavior and the things you have failed to do.” There is a pandemic of moral injury, I think: It is impossible to read about the state of the world anymore without feeling a wound on the soul, an affront to our moral compasses based on our own behavior and the things we have failed to do.

I do a search of the journalist who wrote the article and discover her TED Talk. “This is how war starts,” she says. “One day, you are living your ordinary life, you’re planning to go to a party, you’re taking your children to school, you’re making a dentist appointment. The next thing, the telephones go out, the TVs go out, there’s armed men on the street, there’s road blocks, your life as you know it goes into suspended animation.” She tells the story of a friend who was walking down a street in Sarajevo, in Bosnia, in April 1992, wearing a miniskirt and high heels, on her way to her job at a bank, when suddenly she saw a tank coming down the main road, knocking down everything in its path. She hid behind a trash can, feeling ridiculous. A few weeks later she was in a crowd of people, holding up her infant son and pushing to give him to a stranger on one of the last buses leaving Sarajevo to take children to safety. She struggled to get to the front. Everyone was yelling, “Take my child, take mine!” At last she managed to pass her son through a window of the bus. She didn’t see him again for years.

My own children are now asleep upstairs, along with the dog. Not the one they feed in Minecraft, but the one I feed here, in our shared reality. They are too big for me to be able to pass them through the window of a bus, or to carry them at all. If a civil war breaks out, they will need to be able to walk or run themselves.

On my browser, I open a window, and through that window I can look through the windows of people all over the world, windows through which I can see and hear cars go by, a cyclist, the bending of a field of grass. In the top left corner of the video it states who the window belongs to — the Didis’ window, in this case — and in the top right it says the location: Cairo, Egypt. Just now, the Didis’ little dog is thinking about coming in from the terrace, but changes her mind. There is the sound of traffic, and some sort of saw or other construction; the lace curtain billows gently in the breeze. Now three of the dog’s puppies appear. Apparently, they were hiding under the bench, to which they quickly return. I wait for a long time, but they don’t come out. There is the vibrating sound of a call coming through on a cellphone, but no one picks up. Perhaps the Didis have vacated the scene, or wish to be left in peace.

I click a button, and now I am looking out the window of a moving train outside of Moscow. In Lausanne, under a blue sky, a boat arrives. A sea in Albania. A kangaroo doing not much in Tasmania. So much wind, so much laundry drying. So many open doors with the keys still in the lock. So many sleeping cats. So much waiting. I fall asleep with the window open, and when I wake, it is raining in Norway.

Nicole Krauss is the author of the forthcoming “To Be a Man,” a collection of short stories.

Opinion | Transgender Childhood Is Not a ‘Trend’

Opinion | Should Rare Side Effects Halt Use of a Vaccine?