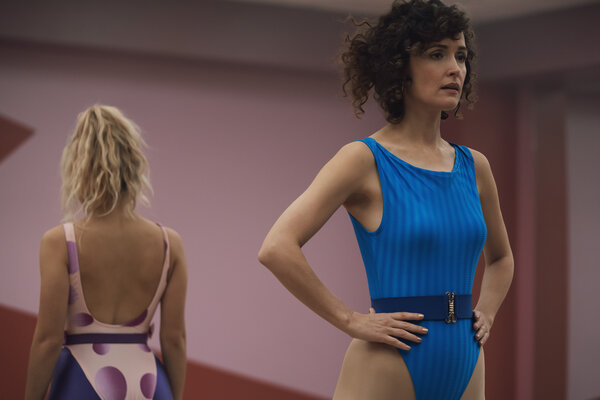 Ms. Friedman is a journalist in New York City. Her first book, “Let’s Get Physical: How Women Discovered Exercise and Reshaped the World,” comes out in January 2022.

Revolutions don’t always happen in the streets. In the early 1980s, a seismic shift took place in strip-mall storefronts that smelled of sweat and Enjoli. Pulsing to the beat of Donna Summer and glistening with spandex, these fluorescent-lit rooms vibrated with the energy of career women and housewives bouncing in unison.

Aerobics was liberation. It offered a way for millions of women to feel proud of what their bodies could do, not just how they looked.

My mom was one of these women. She was intrigued at first by aerobics’ promise to help her lose the weight she had gained during her pregnancy with me, and then she found that she loved the music, the energy, the adult camaraderie.

One particularly challenging day at home caring for my older sister and me, she told me later, she was counting down the hours until my dad’s return from work, when she could leave for aerobics. She was already in her leotard, tights, and sweatband when he called to remind her he had to stay for a meeting that night — she’d have to miss her class. She sat down at the kitchen table and wept. Taking in the ridiculous combination of her Lycra and tears only made her cry harder. Aerobics, she realized, had become integral to her identity as a woman, independent from her roles as wife and mother.

In culture and the popular imagination, the 1980s aerobics boom is typically treated as little more than a neon-hued fad that was more about teased hair and leg warmers than it was about women’s empowerment. Our culture has a depressingly consistent track record of dismissing the things women love as trivial. But aerobics meant something monumental to my mom and many other women: It meant self-determination.

The new TV series “Physical” captures the early promise of aerobics with rare seriousness. The dark dramedy that premiered Friday on Apple TV+ stars Rose Byrne as Sheila Rubin, a self-loathing San Diego housewife who is wracked by bulimia and finds self-worth through aerobics. In addition to its evocative production design and Lycra-forward costuming, “Physical” is noteworthy for its unvarnished look at why middle-class white women in the early ’80s felt so desperate for the fitness movement’s refuge. (Indeed, aerobics, like the rest of the exploding fitness industry, was overwhelmingly white — although several notable Black pioneers strove to change this.)

A re-examination of aerobics also offers insight into our present. By assessing the movement not as a punchline but as a critical turning point, we can better understand how American fitness turned its back on this promise of empowerment and community and instead became a sprawling machine that capitalized on women’s insecurities and popularized the pernicious belief fueling the “wellness” industry today: A woman’s work on her body is never done.

When aerobic dancing took off in the 1970s, it marked the first time many women had really moved in their adult lives. Growing up in the post-World War II era of rigid gender roles, many of these women had internalized the widespread beliefs that vigorous exercise would, as the running pioneer Kathrine Switzer recalled being told, turn them into a man — that is, they would grow hair in unwanted places or develop bulky muscles (God forbid). Doctors cautioned that exercise might even make their uterus “fall out,” as women recalled being told in interviews for my forthcoming book, “Let’s Get Physical: How Women Discovered Exercise and Reshaped the World.”

Patriarchal myths like these reinforced the idea that women were the weaker sex. Men enjoyed a lifetime of practicing how to use and trust their bodies — from childhood sports to military service to physically demanding careers and heavy lifting at home. Women did not. This led to a kind of self-fulfilling prophecy, ensuring women were physically inferior to men.

But a confluence of social shifts changed public opinion. The women’s movement encouraged my mother and others to cultivate literal and figurative strength. And the dawning realization that exercise was healthy for women, too, was soon backed up by science, when in 1968 Dr. Kenneth Cooper published the book “Aerobics,” which presented research suggesting both men and women should condition their heart and lungs.

Aerobic dancing boogied onto the cultural landscape at this exact moment, as a handful of charismatic fitness trailblazers across the country built mini-empires by offering high-energy dance classes for nondancers — and women discovered that the classes made them feel great. “When that music came on, man, it was like the floodgates were opened,” the aerobics pioneer Debbie Rosas told me. “All that pent-up power and desire to express oneself and be heard and be seen.” 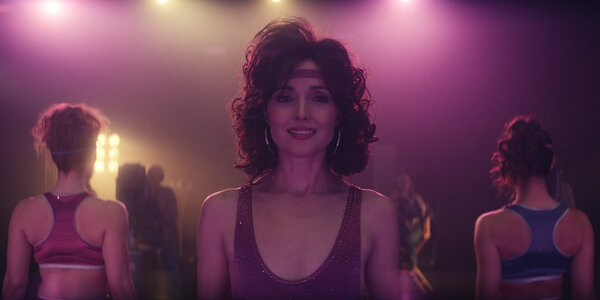 By the early 1980s, aerobic dancing — by then referred to as simply “aerobics” — had changed the rhythm of many women’s days. It changed the way women like my mom saw themselves, and the way their families saw them. It’s hard today to conceive of how groundbreaking it felt for women to participate in a group physical activity outside of high school and college sports.

Of course, early aerobics studios did not empower every woman who walked through their doors. Aerobics, like other fitness movements, idolized smaller bodies over bigger ones. Many women flocked to classes because they wanted to look like dancers — long and lean and free from dreaded flab. (“Physical,” the TV show, nods at this part of aerobics’ history, too: The protagonist was loosely inspired by Jane Fonda and the show’s creator, Annie Weisman, both of whom have discussed the pressures they felt to be thin.)

Yes, the language of aerobics also urged self-esteem — but if body-transformation and body-acceptance were at battle within the movement, there was eventually a clear winner: Women found that aerobics did transform the way they looked, and fitness entrepreneurs knew the promise of beauty was more marketable than self-love. As Debbie Rosas puts it, “There was no value in feeling good.”

Fitness industry entrepreneurs discovered there were big bucks, however, in selling women on the premise that if they just worked harder and sweated more, they could achieve bodies of steel. Aerobics shifted from a movement that allowed women to feel radically in control of their bodies to one that demanded women control their bodies and treat them as our primary projects — to be tweaked, molded, and perfected forever.

Working out began to feel like a requirement of womanhood. Self-care became hard work. Consider Ms. Fonda’s mantra from this era, “discipline is liberation,” and how that idea now seems to be deeply threaded into every Peloton ad or Instagram humblebrag. The shift also led to a surge in eating disorder diagnoses and to a cultural obsession with perfecting every part of one’s external anatomy no matter the emotional (or financial) cost.

While the spirit of ’70s sisterhood helped fuel the rise of aerobics, the shiny capitalism of the 1980s propelled this change. Ronald Reagan’s rise from matinee idol to commander in chief stoked the cultural mentality that outward appearances reflected inner worth. (Historians credit Reagan with helping to usher in the era of the “hard body.”) Looking fit became more important than feeling fit.

As support for the Equal Rights Amendment flailed, a new belief in the individual took hold: If society wasn’t going to guarantee equal wages or control over a woman’s own body, she would need to find other routes to social power. As the feminist scholar Susan J. Douglas wrote in 1994’s “Where the Girls Are,” the message was clear: If a woman “had conquered her own adipose tissue, she could conquer anything.”

Work harder became the motto of the moment. Aerobics classes — and the burgeoning market of workout books and videos — focused less on dance as a form of cathartic release and more on dance as a means to meticulously control one’s body. “This was feminism in the age of narcissism,” Judith Warner noted in her 2005 book “Perfect Madness.” “Private. Self-centered. Self-consciously apolitical.”

Women’s fitness has continued to evolve in the last three decades, and a growing number of fitness influencers are trying to make fitness more inclusive of every body. But the ethos of the 1980s still dominates, as the promise of aesthetic transformation through sweat courses through mainstream workout culture.

Of course, the exuberance of early aerobics classes lives on, too, if you know where to find it. During the pandemic, many young women discovered it in vintage aerobics videos, now widely available digitally. Some older women will surely be transported back to their fitness awakening through the series “Physical.”

As for my mom, at 72, she continues to sweat it out at a cardio dance studio where most students are over 50 and represent all shapes and sizes. When I’ve accompanied her to class, I’ve barely kept up with the ecstatic routines.

It’s a great workout, but it never feels like work.

Danielle Friedman (@DaniAFriedman) is a journalist in New York City. Her first book, “Let’s Get Physical: How Women Discovered Exercise and Reshaped the World,” comes out in January 2022.

Opinion | From Google, on Its Advertising Tech Business

Opinion | Matt Gaetz Is Both Unique and … Not So Unique