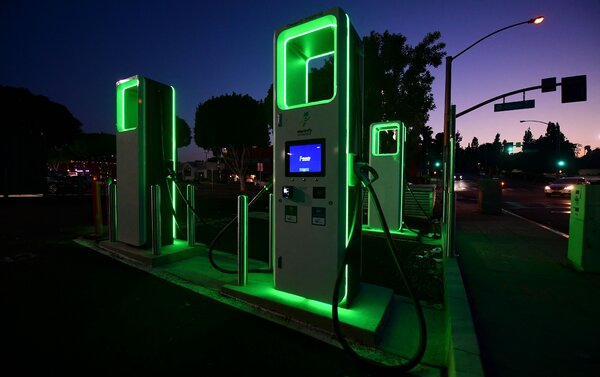 Ms. Freeman is a professor at Harvard Law School, where she teaches environmental and administrative law. She was counselor for energy and climate change in the Obama White House in 2009 and 2010 and advised the Biden transition team.

In an ideal world, the climate provisions now making their way through Congress as part of the Inflation Reduction Act would directly reduce greenhouse gas emissions and discourage the use of fossil fuels.

But with Congress so closely divided, that’s not the world we live in. So even though there may be better ways to slow the warming of the planet than the legislation that just squeaked through the Senate, the $369 billion in tax credits, spending and other incentives to stimulate a clean energy economy is a crucial step.

The main goal of the legislation is to gradually displace fossil fuels in transportation, electricity, and the industrial and building sectors. And it has an ancillary benefit: It will strengthen the basis for regulating greenhouse gases under the Clean Air Act.

A more direct approach would have placed caps on the amount of greenhouse gases industries can emit or tax carbon dioxide emissions by the ton, in addition to funding clean energy. Those policies would make it more costly to pollute and push energy producers and consumers to shift to cleaner fuels. Instead, these measures only reduce emissions indirectly.

But better options were not on the table. To avoid a Republican filibuster that would have required 60 votes to defeat, Democrats used a special budget process that needs only 51 votes to pass. Vice President Kamala Harris cast the tiebreaking vote in the Senate, sending the bill to the House, which is expected to vote on it on Friday. Under the Senate’s rules for budget bills, only measures related to raising or spending revenue — tax credits, subsidies, grants and the like — can be included in the bill.

There is still a lot to like about this package. To push more renewable energy into the market, Congress extended existing wind and solar tax credits for another 10 years. To drive consumer uptake of efficient energy technologies, Congress offered Americans inducements to install heat pumps in their homes and buy electric cars. Consumers with incomes below a certain threshold would receive a $7,500 tax credit to purchase a new electric vehicle and about $4,000 for a used one.

There are also incentives that should help to postpone the retirement of nuclear plants, which are zero-carbon sources of electricity, and to lower the cost of carbon capture technology, which power plants and industrial facilities can install to limit the amount of greenhouse gases that reach the atmosphere. Most oil and gas companies that emit above a certain level of methane across their operations must pay an escalating fee unless they reduce emissions below certain thresholds or comply with regulations the Environmental Protection Agency will soon finalize.

No doubt there were compromises. The legislation requires that certain leases for oil and gas on federal lands be offered for sale and conditions some wind and solar leases on the auctioning of oil and gas leases. Those trade-offs were necessary to attract 50 votes.

The emissions reductions that will result are hard to estimate because they will depend on assumptions about how quickly costs fall and how fast companies and consumers adopt these new technologies, among other things.

The best current projection is that the bill will reduce U.S. greenhouse gas emissions to 40 percent below 2005 levels in 2030, compared with an estimated 30 percent under current policy. That 10 percent incremental improvement may seem small, but it is significant over seven years. Achieving that reduction will move the United States closer to reaching its commitment in the Paris Agreement to cut emissions by 50 percent to 52 percent below 2005 levels by 2030. (In 2020, those emissions were down 21 percent from 2005 levels.)

Opinion | A Horoscope for 2021 and Beyond

Opinion | After the Pandemic, a Revolution in Education and Work Awaits