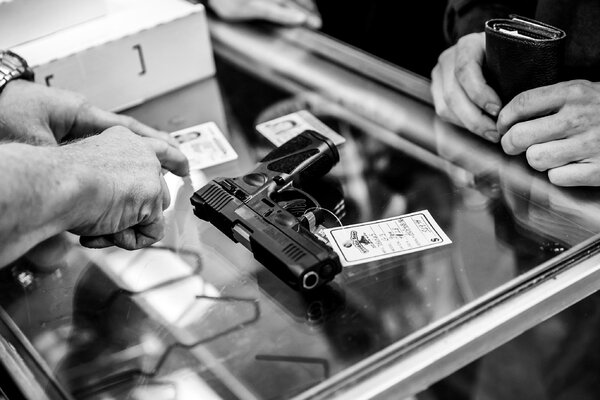 Gail Collins: Bret, you and I live in a state that has some of the toughest gun laws in the country. But that didn’t stop a teenager with a history of making threats from getting his hands on a semiautomatic rifle and mowing down 10 people at a supermarket in a Black neighborhood in Buffalo on Saturday.

Bret Stephens: It’s sickening. And part of a grotesque pattern: the racist massacre in Charleston in 2015, the antisemitic massacre in Pittsburgh in 2018, the anti-Hispanic massacre in El Paso in 2019 and so many others. There’s a bloody crossroads where easy access to weapons and increasingly commonplace conspiracy theories meet.

I have diminishing faith that the usual calls for more gun control can do much good in a country with way more than 300 million guns in private hands. Please tell me I’m wrong.

Gail: Sane gun control won’t solve the problem, but it’ll help turn things around — criminals and mentally ill people will have a harder time getting their hands on weapons. And the very fact that we could enact restrictions on firearm purchases would be a sign that the nation’s whole attitude was getting healthier.

Bret: Wish I could share your optimism, but I’ve come to think of meaningful gun control in the United States as the ultimate Sisyphean task. Gun control at the state level doesn’t work because guns can move easily across state lines. Gun control at the federal level doesn’t work because the votes in Congress will never be there. I personally favor repealing the Second Amendment, but politically that’s another nonstarter. And the same Republican Party that opposes gun control is also winking at, if not endorsing, the sinister Great Replacement conspiracy theory — the idea that liberals/Jews/the deep state are conspiring to replace whites with nonwhite immigrants — that appears to have motivated the accused shooter in Buffalo.

Gail: You know, we thought the country was going to be obsessed with nothing but inflation this election year. But instead, it’s hot-button social issues like guns, and of course we’ve spent the last few weeks reacting to the Supreme Court’s upcoming abortion decision, which probably won’t actually be out for weeks.

Bret Stephens: And may not end up being what we were led to expect by the leaked draft of Justice Alito’s opinion. I’m still holding out hope — faint hope, because I fear that the leaking of the decision will make the conservative justices, including Justice Gorsuch and Chief Justice Roberts less open to finding a compromise ruling that doesn’t overturn Roe.

Gail: Is it possible things will get even more intense when it’s announced? And what’s your take on what we’ve seen so far?

Bret Stephens: Much more intense and largely for the reasons you laid out in your terrific column last week: Abortion rights are about much more than abortion rights. They’re also about sex and all that goes with it: pleasure, autonomy, repression, male responsibility for the children they father and the great “who decides” questions of modern democracy. The justices will have to gird for more protests outside their homes.

Opinion | It’s Time for America to Reinvest in Public Housing

Opinion | How the Knicks Are Drawing Roaring, Raucous Sounds at the Garden Again