Home » Analysis & Comment » Opinion | The AstraZeneca Vaccine Is Safe. How Can We Get People to Trust It?

Vaccine confidence has many layers.

Professor Larson is an anthropologist and expert on vaccine confidence. 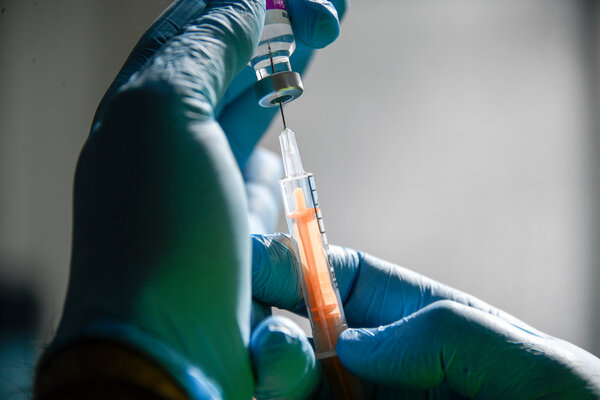 News Update: A U.S. trial found that AstraZeneca’s vaccine was 79 percent effective with no serious side effects, according to results released on Monday.

The European Medicines Agency, Europe’s top drug regulator, confirmed last Thursday that the Oxford-AstraZeneca Covid-19 vaccine is safe. In some ways, that shouldn’t be news: It had previously received approval by the E.M.A. and some 20 million people in Europe have already received doses, largely without issue. But earlier in the week, several European countries temporarily halted inoculations out of concern that it caused blood clots.

Now that regulators have reaffirmed the AstraZeneca vaccine’s safety, we need to address the next key challenge: confidence and trust in it. Although the vaccine has been given the official green light, the reported risks and the temporary suspensions have heightened anxieties and increased hesitancy.

Among the 20 million people who have received the AstraZeneca vaccine in Europe, 25 people developed blood clots following vaccination. The rate of blood clots that would normally occur among unvaccinated people is in fact much higher. But given the newness of the vaccine, every reported side effect is being carefully considered. This is a good thing. Instead of being scared, we should be reassured that the safety system is working.

That isn’t how last week’s developments were received, though.

This is bad news. The AstraZeneca vaccine will be crucial for putting Europe, which is now facing a third wave of coronavirus infections, on the road to recovery. It is also crucial for Covax, the global facility that aims to ensure access to Covid-19 vaccines for low and middle-income countries. AstraZeneca and its partnering Serum Institute of India are the biggest providers of vaccines for the initial Covax rollout, aiming to reach 142 countries. But delivery will not be enough if these vaccines aren’t trusted.

Opinion | As Jeff Bezos Takes Off, Meet His Earthbound Successor

Opinion | Should Biden Compromise on a Relief Bill?