Home » Opinion | Texas Is a Rich State in a Rich Country, and Look What Happened

We don’t realize how fragile the basic infrastructure of our civilization is. 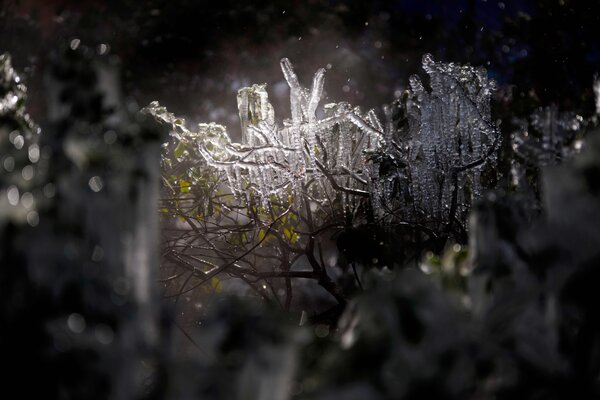 A few months back, because I really know how to live, I spent a night reading “The Green Swan: Central banking and financial stability in the age of climate change.” The report, released in January 2020 by the Bank for International Settlements, argued that central banks, concerned as they are with the stability of prices and financial systems, were negligent if they ignored climate change. The economies we know are inseparable from the long climatic peace in which they were built. But that peace is ending. There are no stable prices in a burning world.

This is one of those papers where the measured language preferred by technocrats strains against the horrors they are trying to describe. What emerges is almost an apocalyptic form of poetry. One line, in particular, has rung in my head for months. “Climate-related risks will remain largely unhedgeable as long as systemwide action is not undertaken.” If you know anything about financial regulators, you know the word “unhedgeable” is an alarm bell shrieking into the night. Financial systems are built to hedge risk. When a global risk is unhedgeable, the danger it poses is existential.

The point of the report is simply this: The world’s economic systems teeter atop “backward-looking risk assessment models that merely extrapolate historical trends.” But the future will not be like the past. Our models are degrading by the day, and we don’t understand — we don’t want to understand — how much in society could topple when they fail, and how much suffering that could bring. One place to start is by recognizing how fragile the basic infrastructure of civilization is even now, in this climate, in rich countries.

Which brings me to Texas. Two facts from that crisis have gotten less attention than they deserve. First, the cold in Texas was not a generational climatic disaster. The problem, as Roger Pielke Jr., an environmental analyst at the University of Colorado at Boulder, wrote in his newsletter, is that the Electric Reliability Council of Texas’ worst-case scenario planning used a 2011 cold snap that was a one-in-10-year weather event. It wasn’t even the worst cold Texas experienced in living memory: in 1989 temperatures and electricity generation (as a percentage of peak demand) dropped even further than they did in 2011. Texas hadn’t just failed to prepare for the far future. It failed to prepare for the recent past.

Second, it could have been so much worse. Bill Magness, the president and chief executive of ERCOT, said Texas was “seconds and minutes” from complete energy system collapse — the kind where the system needs to be rebuilt, not just rebooted. “If we had allowed a catastrophic blackout to happen, we wouldn’t be talking today about hopefully getting most customers their power back,” Mr. Magness said. “We’d be talking about how many months it might be before you get your power back.”

This was not the worst weather imaginable and this was not the worst outcome imaginable. Climate change promises far more violent events to come. But this is what it looks like when we face a rare-but-predictable stretch of extreme weather, in a rich state in a rich country. The result was nearly 80 deaths — and counting — including an 11-year-old boy found frozen in his bed. I can barely stand to write those words.

Texas will not prove unique, or even all that bad, in terms of how fragile the assumptions beneath its critical infrastructure really were. Most of its mistakes are familiar to anyone who has ever covered the politics of infrastructure and disaster preparation. Shalini Vajjhala, who worked on climate resilience in the Obama administration and is now the chief executive of re:focus partners, a firm that helps cities prepare for climate change, put it sharply to me. “When I am successful, that means something hasn’t happened. That’s good policy, but it’s lousy politics. The first year, you’re applauded. The second year, your budget is cut. The third year, your staff goes away.”

It is not just our energy infrastructure that is unprepared for climate change. It is our political infrastructure. It is our social infrastructure. It is our psyches. There’s long been a hope that repeated climate crises will force Republicans to enlist in the fight to stop, or slow, climate change. How can you ignore the crisis when it is your constituents who are frozen, your home that is underwater? But what we saw in Texas is the darker timeline — a doom loop of climate polarization, where climate crises lead, paradoxically, to a politics that’s more desperate for fossil fuels, more dismissive of international or even interstate cooperation.

The state’s Republican leaders immediately blamed renewable energies as the lights flickered off across their communities. “This shows how the Green New Deal would be a deadly deal for the United States of America,” Gov. Greg Abbott told Sean Hannity, going on to say that “it just shows that fossil fuel is necessary.” Abbott was lying — the Green New Deal hasn’t passed, and the largest drop in electricity generation came from frozen natural gas and coal lines, not frozen wind turbines — but fact-checking his statement is like trying to knock the moon from the sky with a Wiffle bat. Climate politics long ago became culture war, and Abbott’s comments were simply stating which side he’s on. Honestly, I preferred Senator Ted Cruz’s impulse to quietly jet off to Cancún.

The most common mistake in politics is to believe there is some level of suffering that will force responsible governance. There isn’t. We saw this during the coronavirus crisis, when some Republicans blanched before the lockdowns and masking, and repositioned themselves as the tough, sacrificial defenders of normalcy. “As a senior citizen, are you willing to take a chance on your survival in exchange for keeping the America that all America loves for your children and grandchildren?” Asked Texas’ lieutenant governor, Dan Patrick. “And if that’s the exchange, I’m all in.”