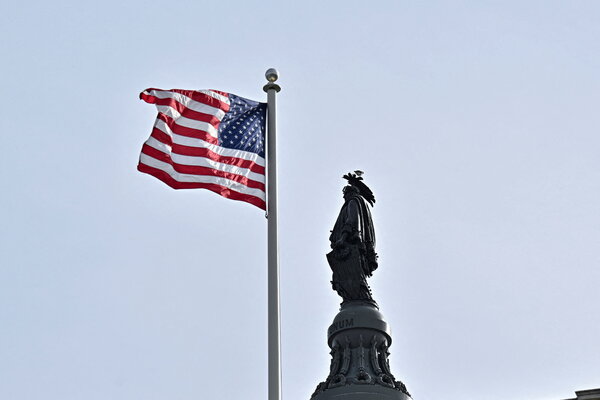 Gail Collins: Bret, what would you be doing now if you were Mitch McConnell?

Gail: OK, I know, a bit hard to envision. But pretend.

Bret: Well, if I were him I’d want to become Senate majority leader once again. That means three things.

First, I’d need to find a way to unseat the four most vulnerable Democratic incumbents: Raphael Warnock in Georgia, Mark Kelly in Arizona, Maggie Hassan in New Hampshire and Catherine Cortez Masto in Nevada. My guess is that all of them will lose except for Hassan, unless Republicans nominate crazy people. Which — if you remember Christine “I’m not a witch” O’Donnell or Todd “legitimate rape” Akin — Republicans are wont to do. Also, I’d have to hold on to the seats being vacated by Republicans in Ohio, North Carolina and Pennsylvania.

Gail: OK, Democrats, Senate candidates for you to rally around …

Bret: Second, finessing the politics of the inevitable fight over Joe Biden’s Supreme Court nominee. I think a lot of Americans were put off by Biden’s promise to nominate a Black woman, not because they are racists or sexists but because they don’t think race and sex should be the primary criteria in selecting Stephen Breyer’s replacement.

Gail: We’re basically just talking about putting some diversity into what’s historically been a deeply undiverse part of the government.

Bret: The political problem for McConnell is that Americans might be even more put off by the sight of Republican Senate Judiciary Committee members like Ted Cruz and Josh Hawley — the insurrection caucus — pompously, pedantically, hyperbolically and hypocritically lecturing a nominee on the meaning of the Constitution.

Gail: Ah, Ted Cruz. Anything that’s a problem for the Democrats becomes a little easier if Ted Cruz is in the opposition. Cancun vacation anyone?