Home » Analysis & Comment » Opinion | Should Rare Side Effects Halt Use of a Vaccine? 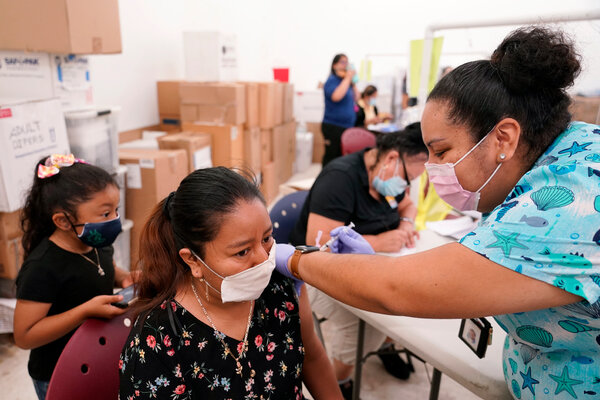 Over the past few months, I have been taken aback by the number of conversations I’ve had with educated, worldly friends or acquaintances who have said they won’t get the coronavirus vaccine because of safety concerns or an aversion to vaccines in general. Ultimately, I find their reasoning selfish, privileged and entitled, considering what’s at stake.

But the call by federal health agencies to immediately pause use of the Johnson & Johnson single-dose coronavirus vaccine after six recipients, all women, developed a rare blood-clotting disorder and one died will only not fuel their hesitancy but reinforce doubts across America’s demographic spectrum.

As with most forms of medicine, there is almost always some risk involved. And in the case of Covid-19, the potential consequences of millions of Americans not getting the vaccine far outweigh any risk of side effects. In the coming days, federal officials should emphasize that.

Re “Trying to Weigh Greater Risk: Rare Side Effect vs. the Virus” (news article, April 14):

Even if blood clots are a relatively rare side effect of the Johnson & Johnson vaccine, federal health agencies made the right decision in calling for the pausing of this vaccine.

As a public health student, I understand the statistics and the vaccine approval process, but still the Johnson & Johnson vaccine has given me pause. Public belief in the vaccine’s safety requires that we address this dangerous (though rare) side effect head on. Downplaying these blood-clotting cases would only foment further distrust in the government, do immeasurable harm to this and future vaccination campaigns, and in the process, endanger more people than any other possible government action.

On Tuesday federal health officials announced a recommended suspension of the Johnson & Johnson vaccine because of six individuals who experienced cerebral blood clots out of seven million who received the vaccine. Meanwhile, nearly 500 people in the United States are dying daily from Covid-19, with more than 70,000 new daily cases.

The Johnson & Johnson vaccine risk is microscopic compared with other mortality risks. For example:

Blanket delays of vaccination for near zero risk during this pandemic crisis are unconscionable. At least while sorting it out, the United States should continue vaccination with a simple warning about possible risk. And put it in context. Americans are bright enough to weigh the chances and choose. They are clamoring for vaccinations and the pandemic’s end.

When the spotlight is off, it is too easy to revert to old patterns of pay to play.

So Donald Trump and Mitch McConnell have called for companies to stay out of politics. The logical extension of that would be for them to speak out in favor of legislation to effectively overturn Citizens United.

Learn to Love Your Wrinkles

My heart hurts to read about young women getting Botox and other injections in their 20s and 30s as a “preventive” measure.

While cosmetic injections are a personal choice, we should ask why people are making it. What is there to fear from a wrinkle? What are we “preventing”?

I am almost 55, look about half a century and am pleased, intrigued and sometimes chagrined to see the lines on my face reflect the map of my life.

Happily, I still see wrinkles on many adults, and I hope that most young people resist erasing the evidence of the days of their lives.