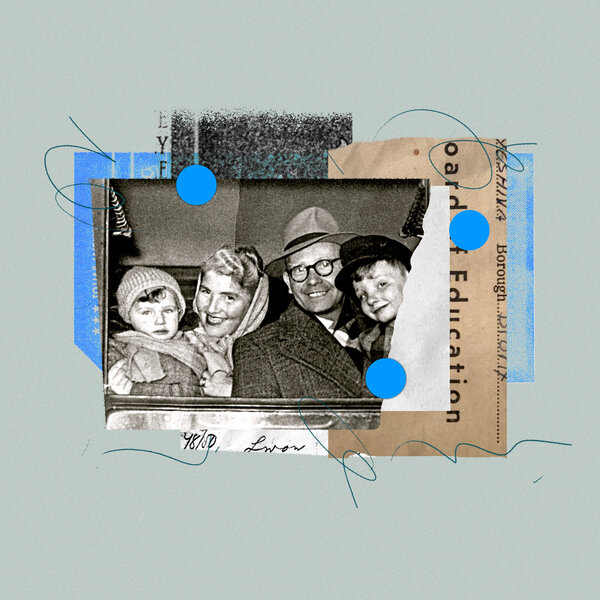 Re “Immigration Lies, Past and Present” (Opinion guest essay, April 27):

Daniela Gerson, in her tribute to her father, presents a misleading picture of the Office of Special Investigations in the U.S. Department of Justice, where her father served in 1980 and 1981. I was the director of that office, and Allan Gerson was a lawyer on my staff.

To say that O.S.I. “did not prosecute Nazis based on their wartime crimes, but rather because they had lied on immigration forms” misunderstands the cases we presented. We proved those lies as a necessary predicate to proving the crimes themselves, to show that their entry was unlawful.

The trials, and the judgments against them that followed, depended entirely on the compelling proof of their criminal actions. We had neither the purpose nor the desire to concern ourselves with those who, like Mr. Gerson’s parents, had merely lied on immigration forms, and certainly not those who, like them, were survivors of Nazi crimes.

As federal prosecutors (we eschewed the characterization of “Nazi hunters”), our mandate from Congress and the attorney general was to present cases against Nazi criminals to secure the loss of their citizenship and their eventual deportation. Anyone who sat in the courtroom would have witnessed the prosecution of those criminals in full and fair trials, their complicity conclusively proved by the Nazis’ own documentation and the testimony of those who survived their crimes. That includes the federal judges who rendered the decisions of denaturalization and deportation.

As Ms. Gerson states, her father left O.S.I. after 18 months, but at no time did he ever suggest to me any discontent with our “tactics,” our investigations and lawsuits, or the legal basis on which they securely rested.

“While true justice for the victims of the Holocaust is not possible, [Ambassador] Stuart Eizenstat and the U.S. Department of Justice’s Office of Special Investigations have each worked tirelessly in different ways to secure a measure of justice for the survivors and accountability for the perpetrators. We are honored to recognize their achievements and decades-long dedication to these noble pursuits.”

That honor was not conferred on O.S.I. for the prosecution of lies on immigration forms.

Allan A. Ryan
Norwell, Mass.
The writer was director of the Office of Special Investigations at the Justice Department from 1980 to 1983 and is the author of “Quiet Neighbors: Prosecuting Nazi War Criminals in America.”

The last year has put a tremendous strain on millions who have lost a loved one, become extremely ill or faced financial hardship. Given the circumstances, it’s understandable that many New Yorkers are oblivious to the citywide primary elections on June 22.

In addition to these circumstances, there are more than 400 candidates running for various offices in the city, and ranked-choice voting will be used for the first time.

The people who win the primaries in less than seven weeks will most likely be the ones to shape our city for a generation to come. We need as many New Yorkers engaged in this election as possible to ensure that our city’s recovery benefits us all.

If people feel overwhelmed by the prospect of educating themselves about who is running, that can’t be allowed to happen. That’s why we started ElectNYC.org, a comprehensive, nonpartisan guide to the 2021 elections, so voters can feel empowered to make the best choices for themselves and their communities.

New Yorkers need a place where they can easily get unbiased information about who is running, where they stand on important issues and how to cast a ballot. We encourage everyone to use this valuable resource ahead of the June primary.

Theodore R. Johnson helps us all understand how systemic racism has corrupted our country. Now we need a truth and reconciliation commission to put these cases into their context.

We will never reach a fair and equitable society until these issues are brought into the light of day. Denying that our country has been systemically racist and that this affects our world today is a falsehood.

If we review the truth, maybe politicians will then take reparations arguments seriously.

Opinion | The Problem With Trump’s Odious Pardon of Steve Bannon

Opinion | Our Most Dangerous Weeks Are Ahead