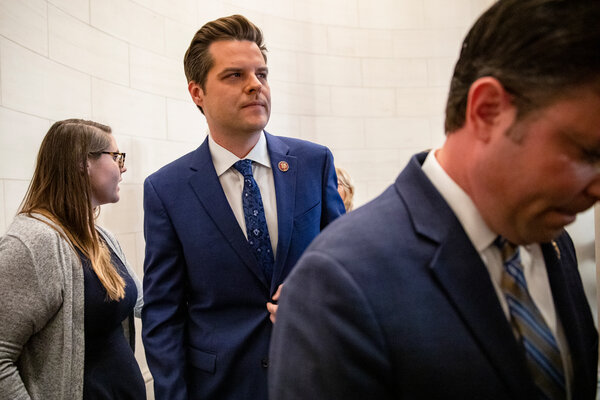 Gail Collins: Bret, it’s a little embarrassing that one of my opinion-writing specialties is sex scandals. When I started off back in the day, I sort of imagined it’d be … state and local government. A more elevated subject, anyway.

Bret Stephens: Something tells me that the ennui of state government lends itself quite easily to sex scandals. Like pandemic lockdowns to day drinking or lengthy religious services to … impure thoughts.

Gail: My contribution today is that a man named John Merrill, the Alabama secretary of state, who was angling for a Senate run in 2022, recently made the mistake of going on talk radio to deny a story alleging that he had an affair. The problem, he said, was a legal assistant who was stalking him.

Bret: This cannot have ended well.

Gail: You can guess the rest. And the helpful moral to the story is never to speak deprecatingly about a rumored lover when said lover has a recording of a very steamy 17-minute phone call.

Gail: So much for the secretary of state. But what if he’d been, say, a governor? Or senator.

Gail: Ah memories. But in America, my theory is that voters balance this kind of bad behavior with other factors, from the importance of the sinner’s job to whether they agree with his politics.

If a little-known state official or a low-achieving congressman like Matt Gaetz gets caught up in a scandal, it’s easy enough to toss him out of office. But what about … Joe Biden?

Bret: Well, Tara Reade’s allegations against Joe Biden never got far. Partly, I think, it’s because he had already sewn up the nomination by the time she came forward. But partly it was also because there was a dearth of corroboration to her charges and because she backed out at the last minute from an interview with Chris Wallace.

Gail: And then the country moved on.

Bret: With Gaetz, by contrast, all the allegations against him seem entirely in character. Same with Eliot Spitzer or Andrew Cuomo: When the claims against both New York governors emerged, you kinda thought, “It figures.”

Gail: Yeah, and in some cases — I’m thinking of the very early sex scandals with Rudy Giuliani — people yawn and say “Everybody already knew that.”

Bret: I do think there’s an ideological, if not exactly partisan, element. With the distinguished exception of The Wall Street Journal’s Dorothy Rabinowitz, the press showed almost zero interest in Juanita Broaddrick’s rape charges against Bill Clinton, at least until he was long out of office. Ted Kennedy is still remembered worshipfully by liberals as the “Lion of the Senate,” even though he was almost certainly guilty of what most of us would consider an appalling sexual assault in the company of Chris Dodd, his Democratic Senate pal, who also retired honorably. Cuomo, obviously, is a Democrat, but he also has a lot of enemies on his left.

By contrast, Bob Packwood, the Oregon Republican, got thrown out, deservedly, on his ear. And then of course there’s Brett Kavanaugh.

Opinion | The Private Equity Party Might Be Ending. It’s About Time.